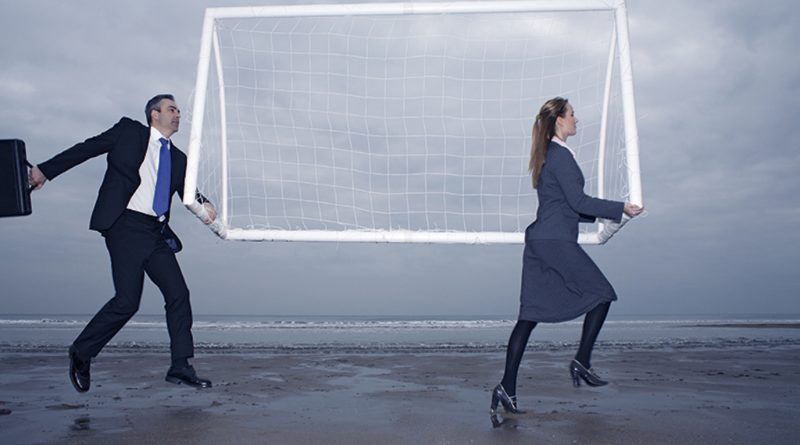 CARICOM finally appears to realize that the EU is out to destroy the region’s economic future under the guise of tax good governance and other red herrings. What took them so long?

On the 27th March 2019, CARICOM (the Caribbean Community) issued a statement in response to the issuance by the EU on the 12th March of a revised list of countries purportedly not adhering to tax good governance. The list included five jurisdictions, namely, Barbados, Belize, Dominica, Trinidad & Tobago, and Bermuda.

The EU also placed seven other jurisdictions on a monitoring list. These jurisdictions had made commitments to undertake reforms by December 2019 and are making efforts in that regard. They include Antigua & Barbuda, The Bahamas, St Kitts & Nevis, Saint Lucia, Anguilla, British Virgin Islands, and the Cayman Islands.

“Sovereign” countries that can’t choose their own economic policies

By way of background, in 2016, the EU Code of Conduct Group (Business Taxation) started engaging in a review of 213 jurisdictions to ensure that they were compliant with the evolving international standards related to the Organisation for Economic Cooperation and Development (OECD)’s Base-Erosion and Profit Shifting (BEPS) project. This was especially with regards to the issue of the economic substance of companies domiciled within their geographical confines.

In December 2017, the EU Member State Finance Ministers agreed on a list of 17 “non-cooperative” tax jurisdictions during their meeting in Brussels. They announced this accord in a press release that stated these jurisdictions were so-labeled for “failing to meet agreed tax good governance standards.” In assessing the jurisdictions, the EU looked at three criteria:

It is interesting to note that the reference to fair tax competition is reminiscent of the OECD’s 1998 Harmful Tax Competition Report that started the project to clamp down on global tax competition. Some of us believe that this was the starting point for a move towards global harmonized corporate and personal income taxes to prevent companies and citizens moving from high tax jurisdictions to lower tax ones.

Read also: Burke Files: OECD-Countries Themselves are the Main Beneficiaries of RCBI-Programs

In this two-part series, I will examine the utterances of CARICOM and comment accordingly since it is very important to recognize and support the views of our regional leaders and offer encouragement. It’s also imperative, however, to assist our political leaders and directorates to understand the broader issues that are the subtext of what the EU and OECD are doing, as it affects our region negatively. This is central to ensure that a proper strategy is implemented to protect our interests.

The CARICOM statement noted that “the narrative provided by the EU Council to support the inclusion of the blacklisted States is grossly misleading and misrepresents the response, in good faith, of our Members since the initial listing in December 2017. This renewed attack on our Member States’ economic prospects constitutes an infringement of our sovereign right of self-determination in the best interests of the CARICOM people. Moreover, we are concerned that the EU’s ‘tax good governance strategy’ is beginning to border on anticompetitive behavior targeted at the decimation of the international business/financial services sector in the Caribbean.“

Of course, the CARICOM statement is 100% accurate, but it raises an obvious issue; why is this being stated only now?

To any sentient being, this latest round of blacklisting should have come as no surprise. This is because, as referenced earlier, since 1998, led by the OECD, European states have been attacking financial services and the international business sector of the Caribbean, which now includes the CIP industry.

In addition, these attacks are designed – intentionally, in my view – to damage the economic prospects of the region. They infringe on the sovereign right of self-determination in the best interests of the CARICOM people.

I must ask again, however, how come CARICOM noticed this only now when this has been going on now for over 20 years?

Were our leaders asleep at the wheel or too cowardly to say what was obvious? I suppose it was better to come to this realization late than never but it is worth noting that the writing has been on the wall for a very long time indeed.

The CARICOM statement continued by pointing out that the EU Council has stated that Barbados “has replaced a harmful preferential tax regime by a measure of similar effect and did not commit to amend or abolish it by the end of 2019’.”

It noted, however, that Barbados undertook a review of its corporate tax regime in 2018 and decided to pursue tax convergence that removed the alleged ‘preference’ accorded the international business sector. Barbados now applies a tax rate of 1% to 5.5% on the taxable income of all corporations registered in that jurisdiction.

The statement continued that: “This policy has been sanctioned by the OECD, as the recognized global authority on tax governance, which has reiterated that a low tax rate does not, in itself, constitute a harmful tax regime. Moreover, Barbados requested clarification on the areas of divergence in the requirements for a ‘low tax jurisdiction’ as established by the OECD Forum on Harmful Tax Practices (FHTP) and the EU’s ‘fair taxation criterion’. The EU, however, only responded to Barbados’ request on the day after the issuance of the revised blacklist.”

I am also surprised by CARICOM’S belief that the word of the OECD could be trusted on anything. Further, since when has the OECD become the recognized global authority on tax governance? Who died and gave the OECD that right, may I ask?

The mere fact that CARICOM appears to have acceded to the self-appointed nature of the OECD’s claim to this status is a sign of weakness and defeat. If anything, only a United Nations (UN) approved body would have the right to such a claim. But the rich-country club – which is what the OECD is – has taken it upon itself to usurp the sovereign rights of states to decide their tax policies. This is because it wants to ensure that wealth flows and remains within the confines of its member states to the detriment of new and emerging economies.

The CARICOM statement goes on to bemoan the fact that “the case of Belize and Bermuda represents a clear departure from the practice of placing jurisdictions on the greylist (Annex II) for purposes of monitoring once they have given high-level commitments to address alleged ‘deficiencies.” To that I can only say, ‘surprise, surprise’.

The EU doesn’t really care about protocol or procedure. The goal is to ensure that sovereign states don’t compete against their member states for capital investment and entrepreneurs who can create wealth and drive the economies of the 21st century.

My CARICOM friends went on to add that “the EU Council has asserted that Belize has not yet amended or abolished one harmful preferential tax regime” notwithstanding the legislative, administrative, and tax reforms undertaken by 31 December 2018, which were sanctioned by the OECD.

The EU has also asserted that Belize has introduced a ‘new and preferential tax measure’ in its 2018 tax reforms. However, Belize contends that the referenced tax rates of 1.75% to 3.35% on taxable income of International Business Companies and entities operating in Belize’s Designated Processing Areas are consistent with Belize’s historical income and business tax regime.

Nonetheless, Belize acquiesced and provided, as demanded by the EU, an undertaking to amend this so-called ‘new preferential tax measure’ by 31 December 2019. Despite its commitment to amend or abolish the “newly identified harmful preferential tax regime by the end of 2019,” which the EU stated it will monitor, as well as an additional high-level political and time-bound commitment to address any other concerns of the EU, Belize was included on the 12 March blacklist. “

This arrogant behavior of the EU in its treatment of Belize is typical because the goal, as I said, is not good tax governance. It is the destruction of tax competition so no state can compete against the EU on corporate and income taxes except those states of course like the US, China, Russia and others which the EU cannot threaten or bully.

The treatment of Belize proves the story about a man and an alligator which, my friend, the US economist, Dr. Dan Mitchell uses often when talking about dealing with organizations such as the OECD and EU: If you feed an alligator your arm, it won’t be satisfied and will come back for the next arm, then a leg, then the next leg and eventually your body. The EU and OECD aren’t satisfied by appeasement, which never works.

In the second part of the series, I will examine CARICOM’s response vis-a-vis the other jurisdictions mentioned in the EU’s blacklist.