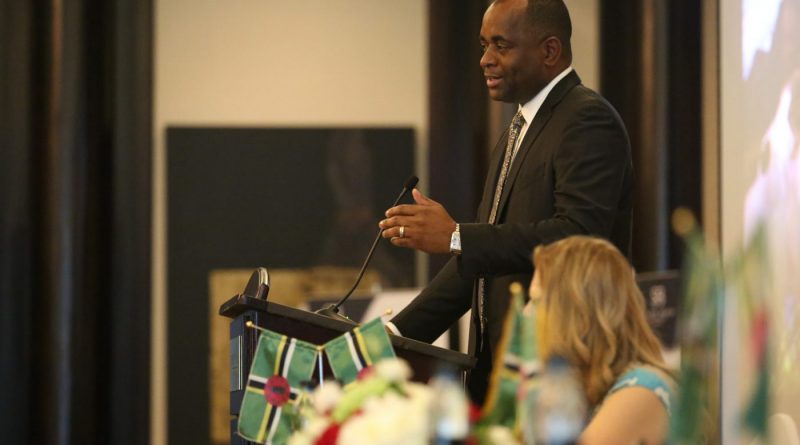 Ever since St. Kitts and Nevis revamped and relaunched its CBI programme, it has become common practice for nearly every CBI conference to feature prime ministers or ministers of government from Caribbean countries and other CBI and Residency-by-Investment jurisdictions such as Malta and Cyprus speaking to promote their programs.

I pause here to say that there is nothing inherently wrong with this approach and I am not suggesting that there is anything nefarious taking place when this occurs. However, granted recent allegations in the media, some – including myself – are questioning whether there has been too close a relationship between service providers (especially the international marketing agents) and these leaders.

While I don’t mean to single out Caribbean leaders here, my focus is on their reputations and that of the region since I too am from the Caribbean and through descent hold a St. Kitts and Nevis passport. I am also old enough to be cognizant of the optics of leaders from my region appearing to promote their wares given the historical perceptions held by some, regarding politicians from developing nations traveling to more developed parts of the world such as Europe and the US with begging bowl in hand.

This trope, which was extremely popular from the 60s onwards, as newly independent nations struggled to establish themselves economically having suffered from the ravages of colonialism, was especially damaging to the psyche of our people and, I am sure, the peoples of other post-colonial societies around the world, especially in Africa and on the Indian t.

Of course, this is not the same scenario and, today, our leaders appear at CBI events not to beg but to sell and promote highly valuable services and products to an evidently receptive market. However, it has become obvious that the close relationships formed between these leaders and many service providers not healthy. Within the industry, there is much undercover chatter about allegedly inappropriate relationships between certain leaders and service providers in Dubai and elsewhere.

It is true that some or much of this could be malicious in nature and untrue but the facts remain that this gossip occurs and perception, many, is tantamount to reality.

The practice of paying for leaders to attend events raises the legitimate question as to what the paymasters get in return for flying prime ministers half-way around the world to speak at an event for the benefit of one particular service provider.

Allegations also exist cases where political leaders have held private one-on-one and small group meetings with potential applicants in the offices of service providers in Dubai and other investment migration industry hubs. If this has actually occurred, I submit that it is beneath the dignity of the office of any Caribbean Prime Minister.

While it is true that the region’s CBI jurisdictions are small and developing, this in no way means that our leaders should pitch, like used car salesmen or Avon ladies selling cosmetics, to potential clients. This, in my view, is not the duty or responsibility of the prime minister of a sovereign state but rather the job of a functionary such as the head of the Citizenship by Investment Unit (CBIU) and independent promotion agencies.

These activities open the door to charges of favoritism, sweet-heart deals being granted to some agents as opposed to others, and corruption. It would be best, then, if Caribbean leaders refrain from engaging in these sorts of activities and confine their activities to setting the overall policy for their respective programmes and ensuring that they are effectively managed with a focus on administration, due diligence, and growth.

While I acknowledge that these trips and events give valuable market insights into the industry, the attendance of a prime minister at these conferences should be a rarity and not the norm.

Caribbean leaders must be keenly aware of the power differential between small and developing states and very wealthy high net worth individuals, some of whom may have more in assets than the entire government budgets of some of our jurisdictions.

In addition, it is clear that many service providers in the industry see Caribbean Prime Ministers through the prism of an elite metropolitan and do not respect either them or the jurisdictions whence they hail.

Further, it has been my observation that some marketing agents also don’t respect the peoples of these jurisdictions and have no care or concern for either said peoples or jurisdictions. Many have never visited the jurisdictions they are promoting and don’t care to. To them, the region’s CBI programmes are a product to be sold as often as possible and for as much as possible and when the programmes are not selling well enough for them to make a handsome profit, they move on to the next new thing to be sold.  The overall sustainability and reputation of the jurisdictions appear to be of no or limited interest to them.

This is all a business; it is all about the money to them and nothing else. Given this, then our leaders must be very careful with whom they interact and how they do this.

Since my foray into studying and observing this industry began in 2014, I have attended many CBI events and heard several comments made by senior industry professionals which I have found to be demeaning and disparaging of Caribbean leaders and, in some cases, appear to denigrate them in ways which put me off on the one hand but also caused me to wonder if the purported relationships between these leaders and service providers are healthy and mutually beneficial.

Dropping anecdotes of personal interactions with Caribbean Prime Ministers during which they made supposedly brilliant suggestions, appears to be a common practice of some well-known service providers and marketing agents, and seem designed to elevate the status of the speaker and denigrate both the Prime Minister and the jurisdiction.

In my view, no Prime Minister or Minister should be going to the private office of a service provider in say Business Bay, Dubai or anywhere else in the world to meet a potential client no matter how much money the person has or how important he or she is. It makes the government official look like a pawn, barista or busboy being summoned to pay homage.

However, if the relationship is one of mutual respect where persons are genuinely concerned for and interested in the overall development of the jurisdiction, then it would be more understandable and defensible. However, based on what I have heard and my perceptions, the jury may still be out on this and, thus, I would urge our leaders to be more cautious and circumspect in their dealings.

Our peoples did not endure what they endured since the coming to the region of Europeans in 1492 to throw it all away now for an investment no matter how lucrative. Respect is first accorded to those who respect themselves and in light of recent developments and charges appearing in the media, especially in Dubai, I submit that it is high time leaders in the Caribbean examine themselves and their behavior to protect the programmes and the reputation of the region, our jurisdictions, and our peoples.