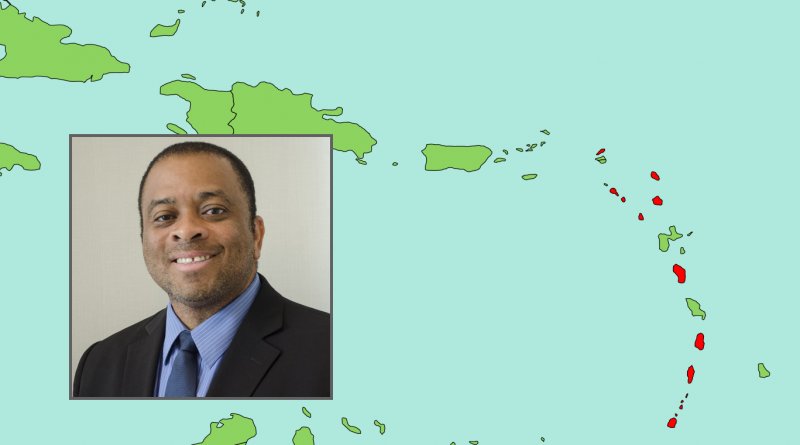 The Organisation of Eastern Caribbean States (OECS) Authority’s recent endorsement of the views of Mr. Timothy Antoine, Governor of the Eastern Caribbean Central Bank () on the way forward for the region’s CBI sector, should be welcomed by all stakeholders and parties with a vested interest in the future of the region as a source of this product/service.

The Authority’s announcement, which followed the ascension of the French Territory of Guadeloupe as an Associate Member of the OECS, also serves as a starting point for me to set out my views for how I think the region should advance the sector, particularly granted recent developments and external pressure from the OECD and EU, as well as and my own concerns about optics and perceptions as referenced in my two previous articles.

The Communiqué issued by the OECS’ Communications Unit stated that:

The Governor further called for a consolidation of arrangements with respect to the Citizenship by Investment (CBI) Programmes noting the need for of the due diligence arrangements, to common standards and common application protocols, and the sharing of information across countries and with the Joint Regional Communications Centre (JRCC).

The OECS Heads fully endorsed these initiatives and mandated the OECS Commission and the to coordinate regional collaboration with the Association of CIP/CBI Heads of Unit and the JRCC. Heads also agreed to identify a priority list of interventions for deeper functional cooperation and sourcing of common services by the OECS/ECCB consultative body.

These calls by Governor Antoine and their acceptance by the Authority are timely but I believe others have said similar things in the past.

The recently appointed head of the Citizenship by Investment Programme Association (CIPA) – Mr. Nestor Alfred, head of the Saint Lucia CIU – appears to be of the same mind when, shortly after his appointment earlier this year, he stated that the sharing of information was crucial in moving forward and that he intends to work towards seeing how the CIPs within the region could collaborate.

The call to share information with the JRCC is especially important since that body is a CARICOM (Caribbean Community) sub-agency which, as per CARICOM’s website, acts as a conduit to ensure effective communication among law enforcement personnel, which is necessary to enhance border control related activities.

The JRCC assists regional law enforcement in the detection of persons who are traveling with stolen, lost, and fraudulent travel documents, along with the identification and monitoring of the movements of persons of interest, including those who may be a threat to the safety and security of the region.

It is, thus, essential for regional security purposes that the JRCC be fully aware of the applicants seeking citizenship by investment.

Thus, I support fully these proposals to strengthen due diligence, enhance functional cooperation between jurisdictions and share information as part of what should clearly be a rethink of the region’s approach to the CBI sector.

More fundamentally, however, besides these areas, a few specific steps are necessary to rethink the sector.

1: Set a price floor and compete on quality instead

The first is the setting of a floor for any Caribbean CBI product and an end to the price wars that recently affected the region and the sector. It is not necessary for me to rehash here the history of what happened in any specific jurisdiction since it has been well documented by others but suffice it to say that what happened should not occur again and a price floor of USD150,000 for a family of four as recommended by the Investment Migration Council should be adopted with immediate effect.

The price cutting, irrespective of who started it, when and for whatever reason, no matter how valid, was foolish, short-sighted, selfish, and – frankly – stupid. And I use these adjectives on purpose.

The region has always been easily exploited and manipulated by external persons pitting one jurisdiction against another. Thus it is and was tragic to see us doing it to ourselves.

The OECS and CARICOM wax lyrically about unity and strength in said unity and have done so for decades. Yet it was appalling to watch what regional family members did to each other by engaging in an asinine price war and race to the bottom which only served to benefit some greedy service providers and international marketing agents who obviously don’t care about the long term survival of the region’s CBI sector or our peoples and the reputation of our region.

Once they could make a killing, and some clearly did on anecdotal comments made to me, that was their concern and the price reductions were a good thing from their perspective.

From the perspective however of someone from the region with some measure of foresight and knowledge of history, there was nothing to cheer about in light of this sad episode in the region’s movement towards greater economic and political integration.

This USD150,000 floor will allow for jurisdictions to have higher investment thresholds whether through the real estate or donation option because, for obvious reasons, some passports carry better and more advantages depending on the needs of the clients whether as a result of more visa-free access.

In the absence of price rivalry, jurisdictions would have to woo applicants by increasing benefits, improving themselves in a virtuous cycle of non-zero sum competition.

Additional distinguishing features between the various Caribbean CIPs include the fact that some jurisdictions accept applicants from certain countries while others don’t. The fees to add dependents may vary. For some passports, once granted, descendants will also inherit the passport while in others that is not the case.

I offer these examples to make the point that there are sufficient parameters for competition to allow for all five Caribbean jurisdictions to make a go at it in the market place rather than to compete solely on the issue of price/costs.

A race to the bottom on price will only cheapen the brand of all the Caribbean programmes, attract illicit and questionable applicants and in the end destroy the programmes, after which our regional leaders, bureaucrats, and citizens will sit back, blame enough and engage in recriminations.

The offshore sector and previous versions of the CBI programme in certain jurisdictions, both within and outside of the region, have shown that the race to the bottom will only end in disaster and reputational damage. I cannot stress enough how sad and disappointing it was to see supposedly intelligent regional leaders, political parties and citizens engage in the self-defeating actions that they did.

2 – Agree not to open more CIPs within CARICOM/OECS

The second necessary step is an agreement that no other OECS or Caricom member state, whether a full member or an associate, should introduce a new CBI programme. The five existing jurisdictions are well-established in this sector and should be allowed to mature and flourish without further competition from jurisdictions within the region.

Third, in the rethink that ought to take place, the regional CIPs, the OECS, and CARICOM need to launch – along with international partners, and like-minded individuals and jurisdictions – a media/marketing/public relations campaign to push back against the outright lies, misrepresentations, and left-wing propaganda from the OECD, EU and like-minded statists seeking to destroy the region’s CBI industry as part of their attack against our peoples, jurisdictions and economic survival all in their misguided efforts to stamp out competition.

Without a robust defense of the sector, it is likely to be destroyed from without even if all the necessary internal changes that have been discussed in this article are implemented.

I hope that this rethink will begin to occur and that, if my views contribute in any way to advancing the discussion, then my writing here would have been well worth the effort.