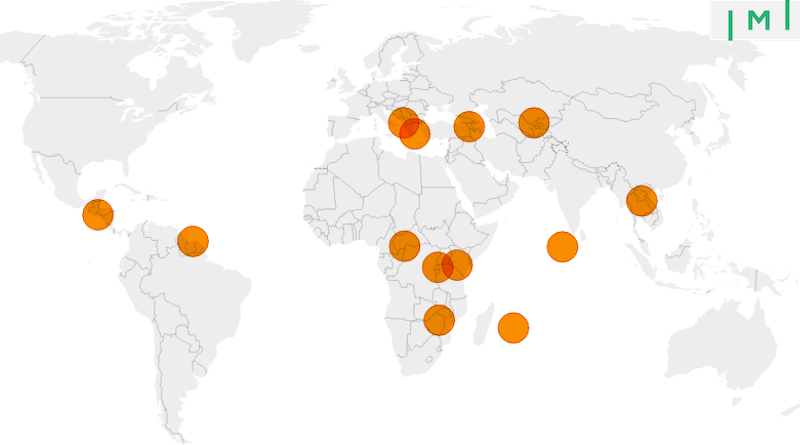 Recent months have seen a slew of countries announce intentions – sometimes detailed plans – to open citizenship by investment programs (CIPs). In the last two months alone, Uzbekistan, Laos, Suriname, and Armenia have all announced plans for CIPs, at varying degrees of readiness.

Long-time industry observers, however, know that government declarations of CBI plans and the actual implementation of the same are very different matters. CIPs take a great deal of time and effort to plan but are easily derailed in the political process. While CIP announcements have been particularly numerous in the last few months, other countries declared their CBI intentions years ago and still keep us waiting. What follows is a complete list of countries that have introduced – but so far not implemented – CBI plans in the last four years, along with analysis from industry veterans on the prospects and viability of the most recent ones.

Click the title links for each of the below countries to see the most recent update on their citizenship by investment plans.

The government in Tashkent submits a bill that, if passed, will enable the granting of citizenship to foreigners – including stateless individuals – who invest at least US$1 million in the country. Market observers generally consider the investment requirement too steep, and not in keeping with Uzbekistan’s relative attractiveness compared to other countries that offer citizenship by investment at lower price points. Uzbekistan, moreover, does not permit dual citizenship.

According to the country’s minister for Information, Publicity, and Broadcasting, speaking during a meeting with the Ministry of Foreign Affairs, Zimbabwe plans to grant citizenship to “deserving investors.” The Minister claimed investors “around the world” were ready to flock to Zimbabwe and that the government intended to provide an additional incentive to invest. The government plans to use citizenship by investment (qualifying amounts for which remain unspecified) to promote investment in the country when it hosts foreign investors at the Pan-African Congress in 2023.

Laos, a “Marxist-Leninist one-party socialist republic, published plans to grant honorary citizenship to foreigners who invest US$1 million in the country and donate US$500,000 towards “socio-economic development”.  Also in this case, the price point appears out of step with CBI market realities. That the citizenship meant for investors will be honorary (honorary citizenship technically isn’t citizenship) raises further questions about the program’s value.

Armenia’s government issues a draft government decision setting out specific criteria by which the president may grant citizenship by decree to, among other categories, individuals who have made a significant economic contribution to the country. Armenia’s plans are not vague; the precise amounts it will consider “significant contributions” are published (from US$100,000 and up, a not-unreasonable level for a country of Armenia’s caliber) along with rules for which government bureaus will handle the processing. Well-informed local sources indicate the decision will be enacted by January 29th.

In his annual speech in parliament, Suriname’s president revealed that an “expert team is studying the possibilities of a citizenship by investment program.” Beyond opining that such a program would help spur economic development in the South American country, President Santokhi did not elaborate on the plans.

As part of an initiative to launch and fund its own national cryptocurrency – Sango Coin – the Central African Republic announces it will grant citizenship to those who invest US$60,000 in the cryptocurrency and lock in their investments for at least five years. According to the Sango Project concept deck, the sale of citizenship is slated to begin in Q1 next year.

Albania, which first aired plans for a CIP in November 2019, had by July this year reached what must be considered an advanced stage of its program implementation; the opening of a public tender for the international promotion of its program. This despite still not having published the terms under which investors might qualify. The European Commission has repeatedly warned Albania not to pursue its CBI plans or risk imperiling its bid for EU membership, admonishments the Albanian government has repeatedly dismissed as prejudiced.

Nayib Bukele, El Salvador’s bitcoin maximalist president, whose party Nuevas Ideas holds an absolute majority in parliament, flagged his intention to introduce a citizenship by investment program as part of a broader set of measures to “create a haven for freedom.” Bukele later specifies that what’s planned is a US$100,000 residence by investment (in BTC-denominated “Volcano Bonds”) program with a five-year path to citizenship rather than a bona fide CIP.

Kenya first announced its intention to open a CIP in 2019, floating investment minimums starting at around US$200,000. Little is heard of the plans until 18 months later when the head of the country’s Investment Authority the plans have been fast-tracked, and that draft legal changes are making their way through the legislative process. Another year and a half has now passed without further updates on Kenya’s progress.

The government of Rwanda submitted a bill to parliament that, if passed, would have allowed foreigners to naturalize in the country on the basis of “sustainable investment activities.” The draft bill appears not to have been adopted.

Maldives Citizenship by Investment – May 2020

During a meeting with a Parliamentary Committee in May 2020, Maldivian Minister of Planning and Infrastructure proposed the country introduce a CIP as a means of raising revenue and investment to make up for lost tourism incomes following the pandemic. The proposal received some support from the Committee on Development and National Heritage. While the same government remains in power today, updates on the program have yet to emerge.

The Mitsotakis government was rumored in the summer of 2019 to be evaluating the introduction of a CIP to follow its extremely popular golden visa program. Several news reports in Greece, none of which would name their sources, indicated the planned minimum investment level would bring it into direct competition with the then-active Cyprus CIP; a EUR 2 million investment in real estate, as well as an additional EUR 500,000 investment in a personal residence in Greece. The government, perhaps with an eye to the European Commission’s case against Malta in the European Court of Justice, appear to have put the plans on hold. Should the ECJ rule in favor of Malta, however, such plans may become relevant again.

In his 2018/19 budget address to Parliament, Mauritian Prime Minister Pravind Jugnauth said his cabinet was planning to introduce a CIP in that year. The proposed minimum donation amount was US$500,000, as well as an additional US$100,000 per dependent. The plans have yet to materialize.

Which planned CIP is the closest to opening?

Asked for comments regarding which programs he considers the closest to opening, Philippe May, CEO of EC Holdings, indicated his money was on Laos.

“It is already decided and, as a communist dictatorship, the government can push through the implementation very swiftly,” he said about the planned Laotian CIP.

His counterpart at Bayat Legal Services, Sam Bayat, pegs Armenia as the front-runner.

“Anyone can set up and advertise a program, but running a successful CIP and attracting a high volume of applicants are different issues. […] Having Armenian citizenship will give access to all ex-Soviet republics,” noted Bayat. “Albania is far from having a running program but, once they do, I am sure they can attract many applicants. As for Laos, Suriname, and Uzbekistan, I can see the added value these citizenships would provide for many applicants too.”

Which planned CIP would be best received by the market?

Questioned as to which programs they personally hope to see launched first, both agree on Armenia:

“I would say Armenia because it would be the first CIP in the former Soviet space,” says May. “Armenians can travel to Russia without a passport (they only need ID) and the same is true for much of the region.”

Bayat points out that Armenia has been planning a CIP for years already:

“I know Armand [Arton] has been regularly advising the Armenian government about CBI in the last five or ten years. A few years ago, I was invited to Yerevan to answer questions from a multi-ministerial committee on CBI, which resulted in a report,” he reveals. “Considering they would have a large number of potential applicants (most likely Russians), I think they can differentiate themselves from other new CIPs,” explains Bayat.

Asked whether they believe it’s realistic to expect a new CIP to open in the next six months, both consider it highly probable:

“Laos will be ready soon,” comments May. ” There is also no opposition from any neighboring countries or regional blocks to be expected. I don’t, however, consider it an attractive proposition at all because of the high price, the fact that it’s an honorary citizenship, and the poor mobility score of the Laotian passport.”

Bayat highlights the ongoing geopolitical instability as a breeding ground for new programs, as many countries will seek out new ways of generating capital and attracting talented or wealthy individuals.

“An Eastern European country, most likely in the Balkans, could certainly attract many applicants,” he says. “Perhaps Moldova will reopen its program. Maybe Georgia, which has visa-free travel to Schengen. Possibly Mauritius, which has excellent livability and is within reach of Africa, Asia, and MENA, and which also has great visa-free travel arrangements.”

But Bayat also says he is “certain” that none of the countries already inside the Schengen zone will introduce “a passive CIP or even a residence program. We have to look to Asia, Eastern Europe, Central and South America to innovate in the CBI world by introducing programs that are not too passive, more in line with Malta’s MEIN. We have to move away from the over-commoditization of citizenship.”

Other interesting stories about citizenship by investment: