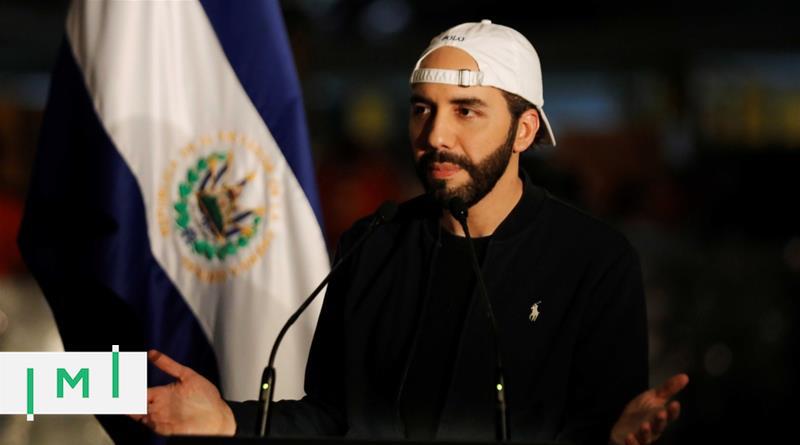 In a tweet yesterday, Nayib Bukele, El Salvador’s bitcoin-maximalist president, disclosed that he is sending a raft of legislative proposals to Congress, at least one of which aims to enable citizenship by investment in the Central American country.

The plan is simple: as the world falls into tyranny, we’ll create a haven for freedom.

Citizenship, not residence, by investment

When Bukele in June last year presented plans to make El Salvador the world’s first country to make Bitcoin legal tender – a law that took effect in September – he also shared plans for a residence by investment program that would allow those who invested BTC 3 to obtain permanent residency in the country. In November, the president specified that the program would have a price tag of US$100,000 (and not BTC 3), that it would provide a path to citizenship in five years, and that the so-called Volcano bonds, which will pay a coupon of 6.5%, would constitute the qualifying investment.

President Bukele plans to issue the volcano bonds starting in March and has already enacted dozens of legislative changes to prepare his country’s financial system for the “new economy”.

It now appears that the investment migration practitioners who have spent the last several months engaging the Bukele administration have been able to successfully impress upon the Salvadorian administration that a US$100,000 residence program leading to citizenship in five years would not be anywhere near as attractive as a citizenship by investment program that grants instant citizenship at the same price.

The president understands as much and has previously stated his intention to open a citizenship by investment program. He has, however, been limited in his capacity to do so by Article 92 of El Salvador’s constitution, which states that:

The following may obtain Salvadoran status by naturalization:

1st—Native Spaniards and Hispano-Americans with one year’s residence in the country;

2nd—Foreigners of any origin, with five years’ residence in the country;

3rd—Those who obtain this status from the Legislative Organ for noteworthy services rendered to the Republic;

Point three leaves room for citizenship by exception (sometimes referred to as citizenship by decree or discretionary naturalization), which – if properly articulated and defined in regulation – can for the basis of a CIP.

Article 93 of the constitution, however, also contains language that would effectively preclude El Salvador’s operating a successful CIP. It states that individuals who naturalized as Salvadorian citizens will lose their status “by residing for more than two consecutive years in the country of origin or by absence from the territory of the Republic for more than five consecutive years, unless permission was granted in conformity with the law.”

How can Bukele overcome these constitutional obstacles? He could attempt to change the constitution (his party has 56 of 84 congressional seats, and 64 seats when including his coalition partners). Constitutional changes in El Salvador, however, require approval in one legislature and ratification in the next to take effect.

What’s more likely is that among the 52 proposals referred to by President Bukele on Twitter yesterday are amendments that would seek to formalize the interpretation of the existing constitutional framework in a manner that effectively would permit a CIP. That might mean defining a US$100,000 volcano bond investment as a “noteworthy service rendered to the Republic”, for example, and grant explicit permission to reside outside of El Salvador for more than five consecutive years without losing citizenship.

With a supermajority in Congress, the President is in a position to see the successful passage of virtually any legislation he proposes, which means he could hypothetically have the legislative infrastructure in place by the time the first Volcano bonds are issued, sometime during the next month.

The president’s flair for showmanship and support for cryptocurrencies considered, the 2022 Bitcoin Conference, scheduled to take place in Miami between April 6th and 9th, appears a likely place and time for his announcement of a Salvadorian CIP.

Kate Ananina, best-known by her Twitter handle “Katie the Russian”, who we characterized as the boldest marketer in investment migration when she appeared on our Mobility Standard podcast, responded to Bukele’s statement today by publishing an open letter to Bukele. She read out her letter out loud and indicated the President’s statements on citizenship by investment had driven a surge in inquiries for Salvadorian citizenship from her audience of crypto- and CBI enthusiasts. She made specific proposals for how she would design a CIP in El Salvador and offered her firm’s help in setting up the program.

Open letter to President of El Salvador @nayibbukele from Plan B passport.

A proposal for implementing the best citizenship-by-investment program tailored to Bitcoiners. pic.twitter.com/jHksixCOeO

A CIP in El Salvador, she proposed, would allow three ways to qualify:

Ananina emphasized the importance of establishing a citizenship by investment unit (CIU), accommodating the inclusion of dependents in the CBI application, and ensuring CBI applicants be exempt from El Salvador’s mandatory two-year military service.

The Salvadorian passport ranks 37th in the world in terms of visa-free destinations, of which it has 137, a number roughly on par with that of the five already-successful Caribbean citizenship by investment programs. Destinations available without a visa on a Salvadorian passport include all the countries in the Schengen Area, the UK, Hong Kong, South Korea, Japan, Singapore, the UAE, Brazil, and a host of other attractive destinations.