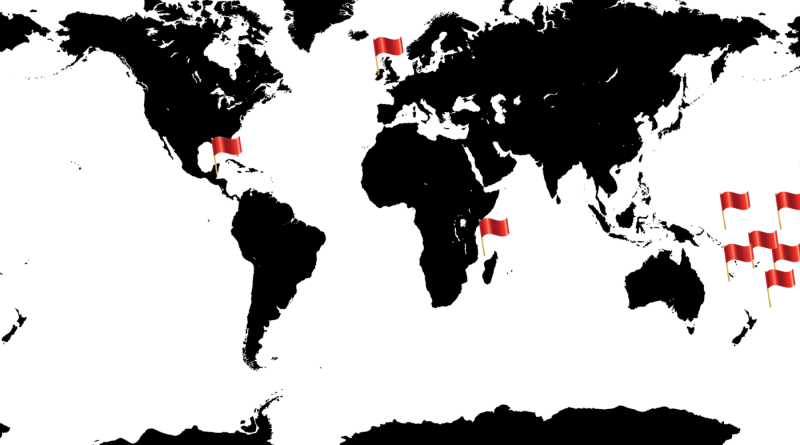 In the eighties and nineties, the citizenship by investment (CBI) industry was a veritable Wild West, with no real accountability or oversight. In the Pacific, many small nations emerged with citizenship by investment programs () providing passports from $8,000 to $50,000 . Tonga’s CIP was perhaps the most emblematic of that region but many other countries in the Pacific ran some sort of CIP during those years, such as the Marshall Islands (‘87–‘96), Samoa (‘91–‘97), Vanuatu (‘96–‘97), Kiribati (‘95–‘05), and Nauru (‘98–‘03). Most of them faced severe criticism and had questionable practices.

Tonga’s program was first proposed by Thomas Chen, who would later become the Honoree Consul of Tonga in China, in the late 1970s. In 1982, Tonga’s king authorized the sale of passports to Hong Kong. It began issuing Tongan Protected Person Passports (TPPP), which conferred neither citizenship nor residence rights in the country, nor visa-free entry. Many countries questioned the authenticity of the document and refused entry to TPPP holders.

In 1988, the opposition party was able to force the repeal of the CBI Act but, strangely, passport sales continued in Hong Kong for years thereafter. In 1996 the king was able to sell an additional 7,000 passports to raise money, but that would be the end of that chapter. In 1999, Tonga that 26m USD that was invested in the U.S. had simply vanished after they invested the money in a mysterious company that later disappeared.

During this program’s obscure 10-year lifespan between 1987 and 1996, the Marshall Islands sold around 2,000 passports, mainly to Chinese applicants. Repeated pressure from the US government lead to the program’s closure in the mid nineties.

Although a mutual visa waiver agreement is in place between the US and the Marshall Islands, naturalized citizens of the latter cannot access the US without a visa. Like other similar schemes, the program was full of controversy and allegations of corruption. After the program’s termination, the Attorney General embarked on a campaign to cancel passports that had been illegally sold for under $100,000.

Many Chinese immigrated to the Marshall Islands during those years, which led to a great deal of racial tension in the country which, unfortunately, lasts to this day.

The island of Nauru is famous for its economic roller-coaster ride from poor to rich and back to poor again. In the late seventies, Nauru had one of the highest GDPs per capita in the world, thanks to its substantial phosphate deposits. When the natural resources – and the sovereign wealth fund they had fed – diminished, the country’s economy was in a shambles. Nauru needed new ways of making a living.

In the nineties, Nauru tried to rebrand itself as an offshore banking center and started selling passports in 1998. It drew the ire of the inter-governmental Financial Action Task Force of Australia, and U.S. pressure grew tremendously in the wake of 9/11 when two suspected terrorists from the Turkestan Liberation Organization were caught holding Nauru passports.

In February 2003, authorities also discovered that two suspected al-Qaeda agents they had captured in Malaysia also held Nauru passports. While visiting Washington, D.C., in February 2003 for a medical procedure, then-Nauru president Bernard Dowiyogo signed an executive order terminating the passport sales and the offshore banking ventures, reportedly while under US pressure. He died ten days later.

In 1995, the small island of Kiribati introduced an “investor” passport program where an applicant would pay $15,000 and execute a promissory note of an additional $5,000. The recipient would receive an “investor passport” with the mark ‘INVESTOR’ or ‘N-KIRIBATI”. He or she would need to visit the Immigration Office every 12 months for renewal of the status. The program didn’t provide Kiribati citizenship but allowed the applicant to stay in Kiribati for five years, and was renewable. The program was repealed in 2004 following pressure from “donor countries”.

Tuvalu’s Prime Minister Bikenibeu Paeniu boasted that his country could make 7.3 million dollars a year within two years from this business, which would make the program the nation’s biggest foreign exchange earner.

The Tuvalu CBI was also a passport-for-sale scheme rather than a naturalisation scheme, and didn’t confer citizenship. Many visa-free destinations would require a visa.

Following in the footsteps of St Kitts & Nevis, in 1985 Belize amended its citizenship act to include an “exceptional contribution clause”, but it was only in 1995 that Belize decided to structure that clause into a formal CIP. The program bestowed full citizenship minus the right to vote. The application fees amounted to US$10,000 for a single applicant and an additional $50,000 for a family of four.

Viewing also this CIP as a security threat following 9/11, the US pressured Belize into closing the program in 2002.

In 1984, Ireland introduced a process for foreigners investing £1m per person in ventures that maintained or created jobs in Ireland.

In closed government circles, controversy rocked the program in 1990 (but only became known to the public years later), as Minister for Justice Ray Burke, on a Saturday night in his house in December 1990, signed the passports of 11 applicants a day before the citizenship certificates were signed.

The highly irregular process, which involved Saudi and Pakistani nationals, took place following the recommendations of the Taoiseach (the Prime Minister of Ireland) Charles Haughey on behalf of wealthy Saudi businessman Khalid Sabih Masri. Perhaps most surprising is that the passport recipients made no formal investment prior to naturalization, as is normally the case. Instead, the parties presented a letter of availability of funds in the region of £20m, slated for suitable commercial investment.

It was only in 1994 that this story when Masri was involved in the BCCI banking scandal. Following an internal report on the matter, investigators discovered that only £3 million of the £20 million was accounted for. A wide range of irregularities marred the affair. The Irish government shuttered the program in 1998.

The Comoros CIP came into law in 2001 in accordance with the African nation’s constitution, but regulation guiding the program only appeared in 2008. The purpose of the program was, originally, to get cash in return for granting citizenship to stateless people, known as Bidoon, in the United Arab Emirates and Kuwait.

From the beginning, there were irregularities, and a number of parliamentarians insisted the law was unconstitutional. A cross-party commission found that the law allowing the sale of citizenship was changed during a parliamentary session that violated its own procedures. The bill that was promulgated, said the commission, lacked the correct signatures and stamps and did not officially figure on a list of laws passed by the National Assembly.

Although originally meant as a solution to the Arab Peninsula’s Bidoon-conundrum, the government also sold passports to other foreigners. The first scheme, which ran from 2006 to 2011, was supposed to earn Comoros $200m in exchange for citizenship to 4,000 stateless families. After a brief suspension, the government the CIP at a new price of EUR 4,600 and said it would sell a minimum of 5,000 passports. On the market, however, private sector actors were selling the passport at USD 45,000 for single applicants. In total, north of 48,000 individuals bought passports (or were treated to them by the governments of Kuwait and UAE), some 6,000 of which appeared to have been sold outside the legal channels.

The commission estimated a shortfall of $100m from passports sales. Now, former presidents Ahmed Abdallah Mohamed Sambi and Ikililou Dhoinine stand accused of embezzlement of public funds. The current Comoros government suspended the CIP when coming to power in May, 2016.

Back from the grave

Most of these programs are long gone but some have been resurrected. The Vanuatu and Samoa CIPs took 20 years to return, both having made forays into the CBI world in the nineties. Vanuatu launched a series of CIPs, while Samoa launched a “fast-track” CIP after three years of residence at exchange for a whopping $1.5m investment.

After an unsuccessful dalliance with CBI between 2008 and 2010 that was riddled with the controversy that surrounded the naturalization of ousted Thai prime minister Thaksin Shinawatra, Montenegro’s CIP returned in 2018. Grenada’s program (1997–2001) also made a return in 2013 after more than a decade of suspension.