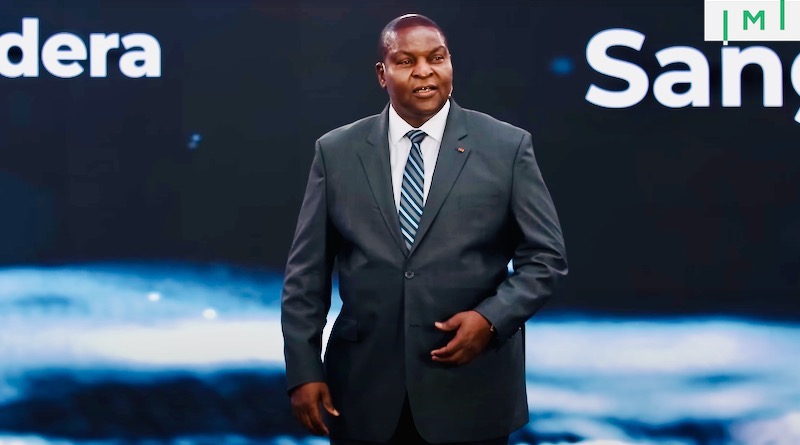 Following El Salvador’s move in September, the Central African Republic (CAR) this year became the second country to make Bitcoin legal tender. One of the world’s poorest states (ranking 188th of 189 on the UN’s Human Development Index), CAR is sorely in need of new economic strategies. This month, the country is formally introducing a new national digital currency project that will include a citizenship by investment program.

“For us, the formal economy is no longer an option,” said CAR President Faustin-Archange Touadéra last month during a launch event of the Sango Project, a crypto-initiative that promises to ameliorate “financial exclusion” in the country and drastically improve its economic prospects.

An initiative of the country’s national assembly, the Sango project “represents CAR’s efforts in creating the necessary conditions for a digital-first blockchain-based economy,” according to the official website.

The President has said that “Sango is not any regular cryptocurrency. It is the first attempt to have a sovereign National Digital Currency.”

The project includes the implementation of a national crypto-currency, Sango Coin, which is to be fractionally backed by bitcoin and used as the main medium of transaction with the CAR state.

Citizenship by investment to incentivize adoption of Sango Coin

The project is employing several strategies to encourage adoption of Sango Coin, including plans to create a “Crypto Island” near the country’s capital and a special economic zone in the metaverse, to help transform the country into the “first African crypto-hub” with zero taxation.

Perhaps the most notable tactic enlisted to drive adoption of the currency is the CAR government’s plans to open both residence and citizenship by investment programs that let applicants qualify by purchasing Sango Coin and “locking it in” for a period of several years, during which time the government holds the coins as collateral.

In the case of e-residence permits, applicants must lock in US$6,000 for a period of three years, while those who wish to qualify for citizenship must place US$60,000 worth of Sango Coin with the government for a period of five years. At the end of the term, the Sango Coin is returned to the investor, who may then dispose of it as he pleases.

The government plans to implement the project in twelve distinct phases – or sales cycles – over a period of one year, ending on August 25th, 2023. The first cycle will include the granting of citizenship, e-residency, and landed property against Sango Coin denominated collaterals. In the case of land located in the Crypto City residential area, a collateral of US$40 per square meter is required.

Is the project viable and will investors actually receive citizenship?

International tax and immigration lawyer David Lesperance says his first question about the proposed program is “Can I see the legislation that states CAR citizenship is issued after such an investment?”

At present, the granting of citizenship in exchange for the acquisition of Sango Coin is not explicitly provided for in the country’s citizenship law. The law does, however, allow for the expedited naturalization of those who render “exceptional services” to CAR, a provision the government choose to apply at scale and on a standardized basis in the case of Sango investors. According to the project’s website, “updating the legal framework for citizenship, e-residence, land, and cryptocurrency industry” is slated to take place in Q3 this year, which is to say now.

“As a citizenship by investment product, there is insufficient information available on whether this has simply been an announcement or whether the proper legislative and administrative underpinnings have been put in place,” says Lesperance. “As a Crypto destination, it is at the same aspirational stage as Satoshi Island, AkonCity, Prospera, and El Salvador’s BitCoin City. In short, all dreamy mockups and no reality on the ground. Crypto enthusiasts are much better served going to existing Crypto friendly jurisdictions like Portugal, Puerto Rico and Miami, which have real restaurants to eat in; nightlife to entertain and suitable housing to rent or buy.”

Questions of legislative readiness aside, the low value of citizenship in CAR (citizens have visa-free access to only 49 countries, mostly in Africa) raise serious doubts about how the market will receive the CIP.

“Assuming [legislation] has been properly passed and offers real citizenship rather than honorary citizenship, you then have to look at its value proposition in the marketplace,” remarks Lesperance. “Given the low esteem and visa-free travel that is a reality for CAR passports, its price point is unrealistically high.”