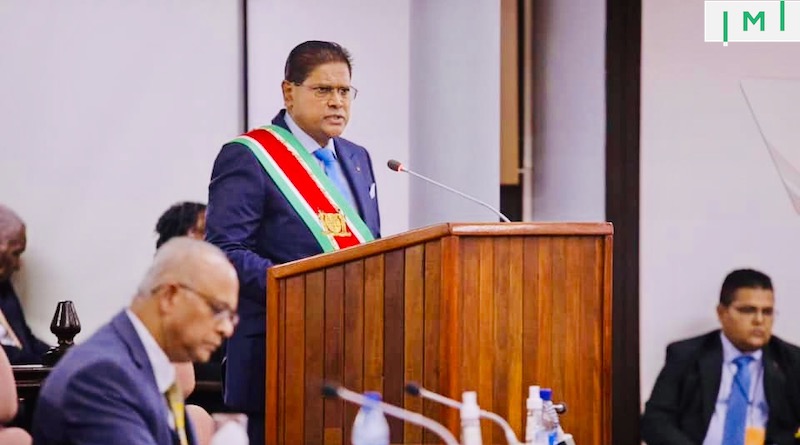 During his annual speech in Parliament in Paramaribo yesterday, Suriname’s president Chandrikapersad “Chan” Santokhi indicated, according to a government press release on the matter, that an “expert team is studying the possibilities of a citizenship by investment program” for the South-American country.

A CIP, he pointed out, was one of several measures evaluated as part of a broader strategy to spur economic development. The President did not elaborate further on the plans.

Dutch-speaking Suriname has some characteristics that could make it a suitable CBI jurisdiction. The country has an annual economy of about US$3 billion, or roughly half the GDP of Montenegro and double that of Antigua & Barbuda, implying CBI inflows could easily make a big difference for government coffers.

Surinamese passport-holders, while not permitted visa-free travel to Schengen, are welcome without visas (e-visas or visas-on-arrival are necessary in some cases) in 78 destinations globally that include China, Russia, Japan, South Korea, Hong Kong, Singapore, India, Turkey, Indonesia, Malaysia, the Philippines, Israel, Iran, the CARICOM states, and most of Latin America.

As close observers of the investment migration market know, however, news of countries “considering” CIPs often surface only to remain on the drawing board indefinitely. Examples from the last few years alone include similar plans in Mauritius, Albania, El Salvador, as well as North Macedonia (where a program officially launched last year but still hasn’t granted any citizenships) all of which have yet to come to fruition.