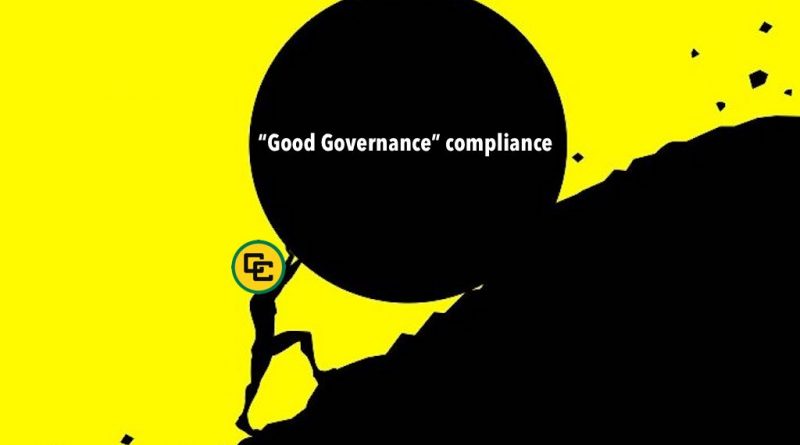 CARICOM finally appears to realize that the EU is out to destroy the region’s economic future under the guise of tax good governance and other red herrings – what took them so long? Part Deux.

In the first part of this two-part series, I examined the background of the recent CARICOM statement in response to the EU’s issuance of a revised list of countries purportedly not adhering to tax good governance.

In this second and final part, I will discuss how CARICOM addressed the other jurisdictions on the EU’s list and comment accordingly in my continuing efforts to not only support our regional leaders but also to educate the political directorates.

CARICOM countries can’t avoid blacklists even when they want to

“The case of Dominica highlights the insensitivity of the EU Council to a country that was devastated by two natural disasters in 2015 and 2017 and lost its largest investor,” reads CARICOM’s statement.

“Yet despite this, the country completed all the required legislative and administrative reforms to which the government had committed in mid-2018 to undertake. Notwithstanding, Dominica has been included in the revised blacklist because the jurisdiction ‘does not apply any automatic exchange of financial information, has not signed and ratified the OECD Multilateral Convention on Mutual Administrative Assistance as amended, and has not yet resolved these issues.’ However, the signature of the Multilateral Convention is dependent on the sanctioning of the request for admittance and a determination of readiness by the OECD and totally outside the control of Dominica.”

CARICOM is again spot on in this criticism but, since I am jaded and have been dealing with these issues since 1999, I am not surprised.  Like the US Postal Service, neither snow, nor rain, nor sleet, nor Tropical Storm Erika and surely not Category Four Hurricane Maria will stop the EU from achieving its aim. Unlike the US Postal Service, however, the EU’s goal is not the safe delivery of the mail but, rather, defeating the menace of harmful tax competition even if that means destroying the economy of Dominica in the process.

The CARICOM statement noted the peculiar case of Trinidad and Tobago, which has the unique circumstance where the Government lacks a parliamentary majority under the country’s Constitution. Due to this particularity, it is unable to undertake the legislative reforms required to be in compliance with the tax good governance standards. But despite this circumstance, the EU has retained Trinidad and Tobago on the blacklist for having a “Non-Compliant” rating by the Global Forum on Transparency and Exchange of Information for Tax Purposes for Exchange of Information on Request.

I am not sure why my CARICOM friends believe that a “nuisance” such as the lack of a parliamentary majority should prevent the government of Trinidad and Tobago from doing what the bureaucrats in Brussels demand that it does (in the name of helping to ensure its own economic destruction, mind you).

After all, there is a debate among some legal scholars that many of the pieces of legislation Caribbean countries have been forced to implement are unconstitutional and – over time – may be struck down by the Courts. That, however, is for a separate article and beyond the remit of this publication.

Read also: IMC-Boss L’ecuyer on EU/OECD: “We’re Engaging the Powers That Be to Set the Record Straight”

The statement noted that the “Caribbean Community reiterates that the labeling as ‘non-cooperative tax jurisdictions’ has wreaked irreparable reputational damage on our small, highly vulnerable Member States. CARICOM Member States have acted in good faith to mitigate this egregious action by the European Union while upholding the shared values and principles underlying the United Nations Addis Ababa Action Agenda.  These principles emphasize, inter alia, shared responsibility, mutual accountability, fairness, solidarity, and different and evolving capacities in respect to the mobilization of resources to achieve the 2030 Agenda for Sustainable Development.”

These, of course, are heartfelt and correct sentiments expressed by the CARICOM leadership, but I must ask; since when have relationships between the EU and Caribbean states been marked by shared responsibility, fairness, mutual accountability, and other such nice platitudes?

I venture to say that such a state of affairs has never existed and probably never will. From the coming of the Europeans to the region in 1492, the relationship between these nations and the region has always been marked by exploitation, a power imbalance, and a do-as-I-say-not-as-I-do attitude. Nothing has changed since then, so, again, I am surprised by this response.

CARICOM: EU/OECD actions “designed to destroy the financial sector” in the Caribbean

The CARICOM statement goes to great lengths to elaborate on the unfair and often contradictory mandates and even indicates – in no uncertain terms – that the true agenda of the ECOFIN Council is beginning to dawn on Caribbean leaders.

“The process of engagement that has unfolded between CARICOM Member States and the European Union, specifically from the latter part of 2017 until the present, has regrettably, been devoid of the shared values that have informed our relationship over the years prior. There is a clear regression to the days of metropolitan imposed policies on the governed. The ECOFIN Council’s allegation of ‘harmful tax regimes’ not only lacked any supporting empirical evidence but the process has been non-consultative, inflexible and insensitive to our circumstances as small, highly vulnerable States seeking to build both economic and climate resilience.”

What we are witnessing here is the reaction of someone who’s been playing by the rules for years, only to discover that the rules are continuously reinvented so as to ensure their losing.

“Moreover,” continues the statement, “the EU has selectively relied on the OECD tax governance process to pursue the blacklisting of jurisdictions like Dominica and Trinidad and Tobago while ignoring the conclusions of the OECD FHTP in respect to the tax regimes in Barbados and Belize. It is becoming apparent that the actions of the ECOFIN Council are designed to destroy the financial sector in our Member States even as we seek to build resilience in all our economic sectors in order to mitigate our inherent vulnerabilities.  The Caribbean Community deplores this injurious development and will continue to resist this retrograde approach by the EU.”

To this, I can only say that CARICOM is absolutely correct, but, the issue then becomes; what next? What concrete actions will CARICOM take to address the behavior of the EU in this matter? How will the region defend itself against these sorts of attacks? To those questions, only our regional leaders can give answers, and I look forward to receiving them in due course.

Other articles from Carlyle Rogers: