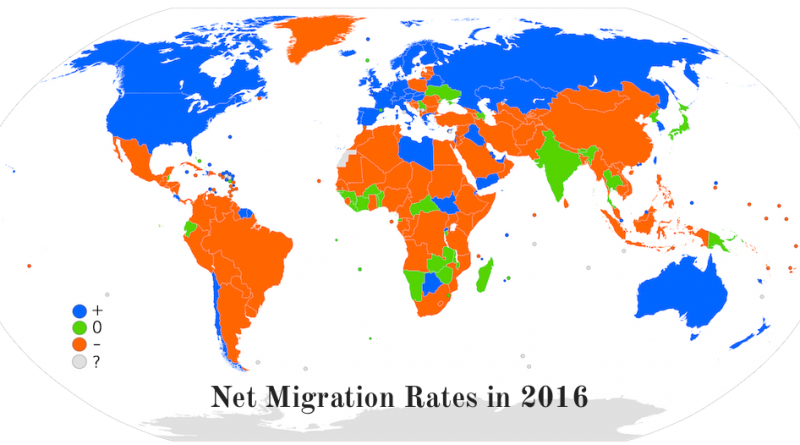 To say that immigration is the driving force behind the current turmoil facing Western democracies is to acknowledge the obvious and make the understatement of the decade. The subject is to the rise of Donald Trump in the US, the advent of Brexit, and the growing populist movements in other parts of Europe, what water is to the existence of life on Earth. Without immigration, Trump would not be President, the UK would still be a member of the EU, and current governments in other European countries would not be in office.

What then is the place of the CBI industry within the current geopolitical debate surrounding immigration?

It appears that to some on the Left, such as Portuguese MEP, Ana Gomes, CBI programmes are immoral and unfair because they allow the wealthy to gain access to European countries, the US, Caribbean jurisdictions, and elsewhere, while poorer migrants can’t benefit from the same opportunities. The EU and OECD now say that the programmes pose a risk to the integrity of CRS, without any empirical evidence or analysis to support this ludicrous argument. They further maintain that RCBI can facilitate money laundering, again with no facts to substantiate the viewpoint.

What’s interesting is that the EU and OECD seem not to share such concerns when it comes to asylum seekers and those who get passports and residence through descent and marriage. Apparently, to them, these routes pose no risk to either the CRS or the ability to launder money or even terrorist activity despite ample evidence to the contrary.

It is ironic that an applicant under a CBI programme goes through much more stringent due diligence checks than many of those who gain passports by marriage and descent and, dare I say, the million Middle Eastern/North African refugees Angela Merkel admitted to Germany.

A personal anecdote illustrates my point: I hold a St. Kitts & Nevis passport by descent and, other than having to present a police certificate from the same country, no due diligence was done on me. I distinctly remember thinking that it was odd that the process required me to provide a police certificate from St. Kitts & Nevis since I had never lived there and, thus, no record of any criminal convictions would have been so recorded.

I instead had lived in Anguilla, the UK, and the US Virgin Islands, and no such police record was required of me from any of those jurisdictions. So, I could have had a criminal record from those places and the officials in St. Kitts & Nevis assessing my application would have been none the wiser.

In addition, when persons marry people from Anguilla who have UK passports, only local police records are sought and a criminal record in and of itself does not prevent one from receiving the passport. It depends on whether or not the conviction is of a certain seriousness in line with provisions of certain UK legislation. Irrespective, police records from the home jurisdictions and other places where the person lived previously are not required.

Yet, I am sure that Ms. Gomes has no issue with any of these routes to enter the EU but holds special contempt in her heart for those with the means to purchase a residence or citizenship, who undergo much more extensive due diligence than those who obtain such through descent or marriage, because in her warped worldview this isn’t fair.

It also isn’t fair that I am not Rafael Nadal or a basketball player or an F-1 driver earning millions each year. Should I enact policies to prevent Nadal or any such person from earning what they do? Since when has fairness become the driving force in crafting public policy? I submit that it should not be.

Together, the EU, the OECD, and other statist outfits want to see the end of the industry for the usual reasons that leftists always make about any economic activity that doesn’t favor their preference for fairness, whatever fairness means to them at any particular point in time.

In the mind of people like Ms. Gomes, because Europe can’t take all the poor African economic migrants wishing to enter the area, it shouldn’t allow any rich migrants from Africa and elsewhere to make use of CBI programmes to gain access either as residents or passport holders despite this grouping not being a burden on the state.

To the rest of us who aren’t burdened by economic illiteracy, the CBI industry plays at best, a tangential role in this current imbroglio over immigration, if at all, as it should.

This is evident by the fact that prior to the rise of immigration as a major galvanizing force in western politics, the industry existed quietly and was a source of little controversy when compared to what is extant now.

It is well-known that its advent goes back to the 1980s in St. Kitts & Nevis and other Caribbean jurisdictions, and that the US created the EB-5 scheme in 1990. However, since the explosion of programmes following the relaunch of the St. Kitts & Nevis’ version around 2006, and the success it has achieved, there has been increasing controversy. The industry is now embroiled in the general immigration issue as well as the move against tax avoidance, which are two political debates that it has little to do with.

CBI programmes in no way affect the rights of migrants to gain asylum in Europe or elsewhere. In addition, they don’t affect other means of gaining passports and residence in other nations, including through descent and marriage.

This constant hue and cry about fairness from the far Left is both offensive and tiresome, as well as beside the point. As a means of economic development, many countries across the world have special programmes to encourage high net worth individuals or those with special skills to take up citizenship and residence in order to contribute to overall growth. This is the sovereign right of states and jurisdictions.

The nonsense peddled by those who oppose these programmes is driven purely by class warfare and hatred of anyone with more wealth than others. These ideas should not be entertained, excused, or taken seriously but should be summarily dismissed; those who propagate them, challenged intellectually to defend their position.

In the context of the current debate, CBI programmes have no place and do not contribute to any major change in the socioeconomic demographics of the jurisdictions which offer them, especially when compared to other entry routes.

They don’t pose a risk for terrorist financing or money laundering, in comparison, and they don’t take jobs from locals. Instead, they have the potential, depending on the specifics of the programme, to generate job creation and wealth.

It is therefore imperative that, in the current debate about immigration, the CBI industry stand its ground and engage with free-market policy-makers to push back against the erroneous thinking of Ms. Gomes and her ilk. Anything less will amount to suicide and the destruction of the rights of states and peoples to chart their own economic futures.