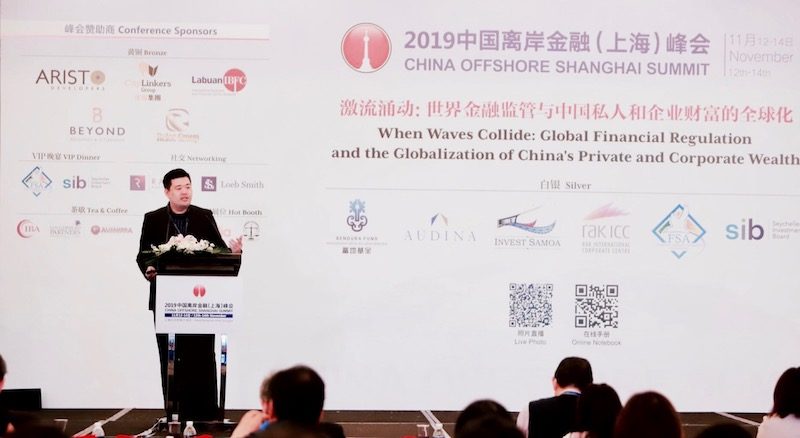 IMI’s official representative in China, Luc Lu, recently concluded a three-city tour in the country, attending conferences and visiting companies to take the pulse of the Chinese investment migration market.

His findings reveal that some startling trends are underway in the world’s biggest investment migration market:

Locals are increasingly uneasy about their city’s future. A strategy of avoidance appears to be the first choice of the wealthy. After visiting several immigration agencies catering to Hong Kong applicants, I’m left with the impression that the place has become – virtually overnight – a hotspot for the global immigration market, both for residence and citizenship programs.

The city has a rich history of immigration and there’s nothing new about Hong Kongers seeking alternative residencies abroad. But large-scale expatriation waves from Hong Kong have always coincided with political watershed moments. This year’s sudden exodus has caught local service providers off guard; many are struggling to absorb the deluge of inquiries, and immigration solutions like EU golden visas, Southeast Asian residence permits, and Caribbean citizenship are practically flying off the shelf.

Despite Quebec’s recent suspension of its IIP, other Canadian immigration options remain in-demand among Hong Kongers, particularly in the medium-to-high net worth segment. Thanks to Hong Kong’s ultra-liquid financial and property markets, applicants from the city are able to make quick moves.

It’s clear that Mainland RCBI practitioners are excluded from the current Hong Kong immigration bonanza. The reasons are no mysery:

It’s true that the Mainland Chinese investment migration market has become the global leader in terms of client volume. It’s also spawned a variety of innovative business models. But their over-dependence on home-market advantages have prevented Mainland firms from replicating their successes abroad.

Key takeaway: Increased competition is spreading to all the different levels of the mainland investment migration market.

Contentious issues became the subject of heated debates during my second day in Beijing. More than a hundred industry practitioners and several media outlets witnessed, for the first time (publicly) on the Mainland the discussion of several controversial topics:

These are the topmost concerns on Mainland immigration advisors’ minds these days.

Industry associations are taking on an ever more important role on the Mainland. With regards to the contentious issues above, the Beijing Immigration Entry and Exit Service Industry Association, in particular, has played an important coordinating part.

In the final analysis, there is a broad consensus among leading Chinese immigration firms on several crucial points:

While, on the surface, these issues have been addressed and “resolved”, the Chinese immigration market will need time and the input of insightful individuals to provide long-term, fundamentally preventive measures for the ongoing market contradictions and disputes.

A healthy and mutually beneficial market is what all Chinese immigration institutions are hoping for in the years ahead.

Read also: China Has Up to 27,000 Immigration Agencies, Researchers Find

This summit was buttressed by the presence of representatives from a diverse selection of industries, not limited to investment migration but also including wealth managers, tax planners, family offices, company formation specialists, and so on. The topics of discussion were, consequently, correspondingly diverse.

A salient theme was the need for improving mutual understanding between immigration consultants and wealth planners, helping each to get more acquainted with the practices of the other so as to better serve their common clients.

Related content: Citizenship consultants and wealth consultants need to know each other to help their high net worth clients

Using real-time audience voting systems (similar to those you’ve seen on Who Wants to Be a Millionaire), IMI’s representatives surveyed more than a hundred attendees about cornerstone questions from the stage during the conference:

Which types of people will make up the main groups of Chinese investor migrants in the next few years?

Which investment category of migration will increase the most in popularity in the near future?

Nearly two-thirds of delegates predicted venture capital would grow the most in popularity.