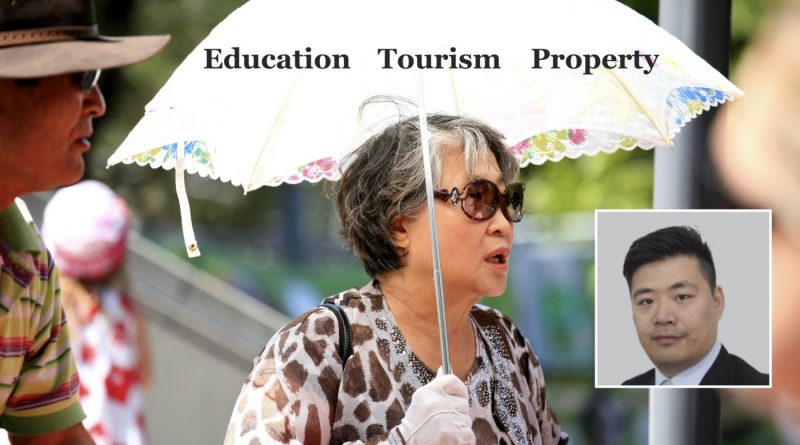 Fewer than one in ten Chinese hold a passport.

That figure contains within it a large proportion of students and tourists, the two main catalysts of international travel among the Chinese.

Such a low percentage of passport-holders, seen in conjunction with China’s population base, quickly illustrates the enormity of the latent market for citizenships and residence permits in jurisdictions that enable increased mobility, settlement rights, and educational opportunities.

Acutely aware that what drives the need for citizenships and residence permits is, in the main, improved tourism and education possibilities, and that what can facilitate that is investment migration, these three industries (all of which have until recently been subject to licensing requirements – have begun to merge in China. Since they’re inextricably linked anyway, companies prefer to capitalize on each of these three service demands, rather than just one.

The previously prevailing model of separate companies providing these three services independently of each other is now defunct. Due to their high degree of correlation in terms of customers, the first two industries to become integrated were the investment migration and study-abroad businesses.

The elevated position that educational attainment holds in the Chinese tradition – and the lengths to which Chinese “tiger moms and dads” are prepared to go to in order to provide the best possible schooling for their children – is well known even beyond China’s borders.

What bound the two industries together, therefore, was that so many parents were asking the same two-part question; Which measures must we take in terms of immigration to ensure that a) our children can have their pick of the litter in terms of institutions of learning?, and b) how can we give them the possibility to remain abroad, should they wish to do so following graduation? Due to the considerable overlap in customer needs, horizontal integration of the providers of study-abroad and investment migration services is by no means a surprising development.

Slightly less correlated, but with a great degree of complementarity nonetheless, was tourism, the second industry to become lumped together with migration after the study-abroad business.

Last year, Chinese nationals took 130 international trips, becoming the largest source of outbound tourism in the world. The footprint of Chinese tourism is beginning to spread all over the world. The rapid economic expansion witnessed in China over the last few decades did not only help domestic markets prosper, it also filled the war chests of investors who are increasingly enthusiastic about overseas real estate. Chinese investors are now the largest single constituent nationality of most investment migration programs worldwide and particularly overrepresented in programs that offer real estate as a means of qualifying.

During the traditional Chinese summer vacation (between July and September each year), a veritable army of well-heeled Chinese set off for Europe, Australia, and North America on journeys that are part holiday, part real estate research, and part prospective college field trip.

Finally, a third industry – financial advisory (broadly defined to include wealth management, family offices, trust companies and similar services) – is now also integrating itself into the immigration/study-abroad/tourism industries by offering those types of services alongside their traditional product portfolio.

With the introduction of the free trade pilot program in the Guangdong province, authorities liberalized licensing requirements for private entry-exit agencies and overseas study specialists, and on April 19th 2016, Shanghai’s municipal government followed suit by relaxing many of the same licensing requirements on migration intermediaries in the Pudong Free Trade Zone.

These policy changes effectively opened up and revitalized industries that for decades had labored under vestigial regulations that restricted competitiveness and structural flexibility.

The trend is speeding up, and the family office industry stands to gain the most

This newfound room for maneuvring and regulatory relief will undoubtedly push the integration of the various cross-border service industries to new heights. This integration, however, will be limited to tourism, education, and immigration companies and will not include financial institutions such as banks, insurance companies, securities issuers and so on, as these fields are dominated by wealth management institutions, law firms, and IT-companies who, while certainly poised to enter the migration market on a large scale, will do so in-house rather than through mergers with migration companies.

What does this mean for the future of the investment migration market in China?

I believe that in the next few years, the greatest opportunities to arise from this great integration will emerge most pronouncedly in the (still nascent) Chinese family office industry.

And it will happen very quickly.

We’ve learned from, among other examples, the popularity of the family office license pilot program in Qingdao in 2014, and the financial incubation service of the Yinzhou Family Management Office in Ningbo, that China’s HNWIs are no longer satisfied with mere capital appreciation or wealth preservation, but that they are increasingly prioritizing customized and comprehensive solutions.

The firms that come up with the best solutions to figuring out how to integrate the various complementary professional services will be the ultimate beneficiaries of this great integration.

The changes occurring in China’s investment migration industry is the formation of a market characterized by a traditional Chinese saying; a hundred flowers blooming and a hundred schools of thought contending. Only time will tell which approach is the best but, whichever it is, you can bet it involves merging.