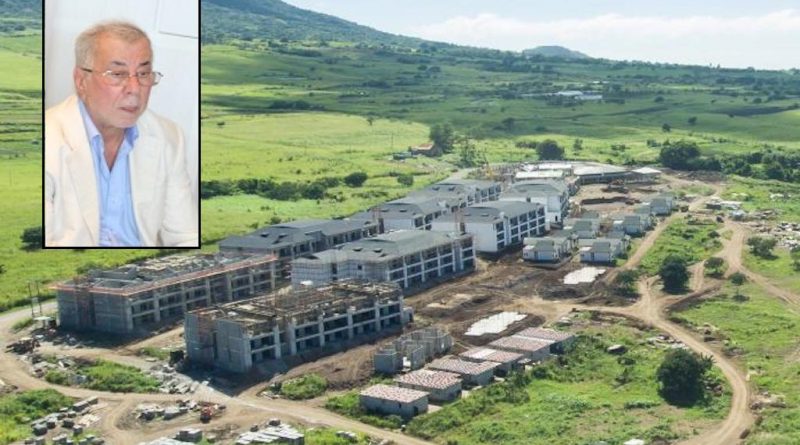 Kamal Shehada, an international businessman with three decades of experience in the Middle Eastern construction sector, an early investor in Range Developments, and a self-professed “proud Kittitian” (by investment) says he’s willing to bet Galaxy Real Estate EC$ 5 million (US$ 1.85 million) they can’t finish their CBI-approved Ramada resort in Saint Kitts by the promised September 2019 date.

Galaxy Real Estate, developer of the Saint Kitts Ramada by Wyndham resort, a project that’s which has been under development since 2014, has been the subject of a great deal of controversy for having, on more than one occasion, announced unrealistic opening dates. The Saint Kitts CIU and Prime Minister Timothy Harris visited the site last month and issued a press release where the PM was recorded as saying “I am satisfied that the project is advancing apace and the project deserves the continuing support of the government of St Kitts and Nevis”.

But now, one of Saint Kitts’ economic citizens, and a man who has personal experience developing resorts on the says the September 2019 deadline is far from realistic.

Noting the considerable amount of work remaining on the Ramada site in Saint Kitts, Shehada writes in a letter addressed to Galaxy’s CEO that he finds it “incredible that you say the development will be completed in September this year,” and reminds the Chinese developer that they made similar promises during the Caribbean Investment Summit in Saint Kitts last year.

“Not long ago, your Vice President publicly stated (in your presence) at a very high-profile Citizenship by Investment Conference in St Kitts that the project would complete by December 2018. This proved demonstrably untrue,” Shehada points out in his letter.

“These concerns,” continues Shehada, “are exacerbated by your company’s public statements that you have fully sold Phase 1 of the development and that you are actively selling Phase 2, yet there appears to be no work commenced on Phase 2”.

Sheada says he’ll “commit ECD 5 million to a charitable cause of Galaxy’s choice within Saint Kitts & Nevis should Galaxy achieve completion of the Ramada by Wyndham resort by 1 September 2019,” adding that by “completion” he means the finished construction of all 273 rooms and a “full opening of the resort”.

Pointing to the confidence with which he says Galaxy announces its completion dates, Shehada says “we trust that this arrangement will find your acceptance without any hesitation whatsoever, especially as it is for a charitable cause,” adding that he wants an answer by February 28th (yesterday).

IMI has been informed that Galaxy has yet to respond to the opportunity offered by Mr. Shehada.