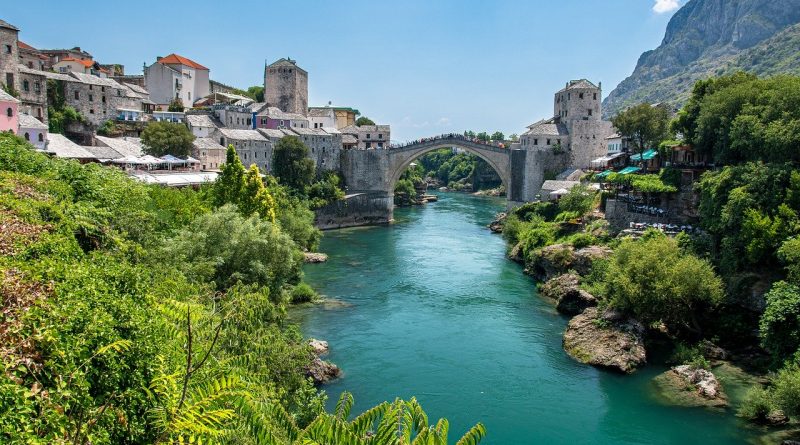 Citizenship by investment as a concept is proliferating rapidly; not merely among investors but also among governments right across the globe. The unencumbered resources investment migration brings to a country’s economy are well documented and, in certain cases, sorely needed. In the last 12 months, a further two European countries – Moldova and Montenegro – decided to capitalize on the opportunity by launching programs of their own.

There’s no shortage of candidates. A back-of-the-napkin analysis by IMI last year revealed that, considering only two criteria – does the country have Schengen-access? and is its economy small enough for a CIP to make a dent? – 33 countries fit the bill and could conceivably open a CIP. Last year’s simplified estimate, however, turned out to be too conservative; Turkey, which has neither Schengen-access nor a small economy, has boggled investment migration observers by becoming the world’s most popular CIP in no time at all.

With the example of an astonishingly successful Turkish program, old presumptions of what it takes to open a CIP went out the window. How, then, are we to surmise where new ones may surface?

The most important matter to factor in is market awareness. Prior to the operational launch of both Moldova’s and Montenegro’s CIPs, potential investors had in-depth knowledge of the programs as well as their benefits. If a new European citizenship by investment program were to enter the fray now, the market place is in the best possible stance to receive it.

Although Moldova’s CIP encountered domestic political snags relatively early on – resulting in a four-month moratorium – this did not notably depress demand among investors for European citizenship by investment. The inquiries immigration consultancy firms are receiving for Montenegro’s CIP – which still has only a single approved investment subject – has surpassed expectations; an explicit indication the market place is eager for similar ventures.

The tremendous fanfare with which CIPs in Moldova and Montenegro were greeted by the market are a clear sign that a country does not have to be within the European Union to attract investors through a CIP. The factors that make a country a good candidate vary, of course, but if the price is right, the processing time satisfactory, and the end result of the citizenship itself worthy of the investment, applicants invariably emerge.

Which European country will host the next CIP? Below follows a list of prime candidates.

A lot of rumors have emerged hinting at a new Greek citizenship by investment program in the works. This would have a gargantuan impact on the existing market order; the Greek passport ranks sixth globally on Henley & Partners’ passport index and grants visa-free travel to all EU countries, the US, Canada, the UK, and a whole host of other highly desirable destinations.

An official announcement from the Greek government on the matter has yet to materialize and, for now, plans of a Greek CIP are but speculation. Nevertheless, with Malta and Cyprus both reaping rewards from their hugely popular programs, one cannot preclude the possibility of Greece following suit with a similarly structured program.

One of the top candidates to eventually establish a CIP is Albania.

The similarities between Albania, Moldova, and Montenegro are substantial; each faced political turmoil in the 20th century, each had to rebuild their economies time and again, and each is a small-economy emerging from an iron-curtain legacy. All these factors, among other socioeconomic and political ones, make Albania an ideal candidate for a CIP.

The country’s economy is the chief component in that equation, into which its government has breathed new life over the past decade. For two decades straight, Albania’s GDP has grown consistently. This year however, the world bank expects economic activity to contract by 2.9%, a slump for which a CIP could easily make up.

Although Albania’s economy is much more robust than it used to be, the poverty rate remains high according to the World Bank, with approximately 34.6% of its population relying on less than US$5.5 per day. But, as demonstrated many times over, a CIP can be the difference between economic stagnation and a recovery-miracle.

Moreover, Albania has been a formal EU-ascension candidate since 2014, and is now on the agenda for future expansions of the Union. In fact, according to the EU’s own statements, Albania is even close to EU-ascension that Montenegro. An investment prior to Albania becoming a Member State could see an applicant become an EU citizen in the future for a fraction of the cost of other EU country CIPs, namely those of Malta and Cyprus.

Note also that, alongside the prime ministers of Antigua & Barbuda, Malta, Montenegro, and Saint Lucia (all of which are CIP jurisdictions), Henley & Partners’ annual conference in London this week counts among its attendees the Prime Minister of Albania. Maybe he’s just there for the free hors d’oeuvres; more likely – although Henley & Partners would never discuss this publicly before the fact – his government is seriously considering a CIP.

North Macedonia – whose economy ranks between that of Albania and Montenegro – is another small country that’s hungry for FDI but with few conspicuous selling points with which to attract it. In other words, the country is ripe for a CIP.

For the time being, North Macedonia is looking to secure economic growth through increasing manufacturing and decreasing its trade deficit. But, were the country to establish a CIP – for example, one that replenishes a sovereign fund, the government would have vast additional resources to distribute in the areas international are likely to overlook, as is what Montenegro plans to do for its Northern regions.

With a passport that grants visa-free access to 123 countries, the Schengen-zone states among them, a North Macedonian CIP would have no lack of suitors.

A country with a lavish past but a less prosperous present, Bosnia and Herzegovina is still recovering from the effects of the political unrest in the 1990s. The country’s economy is yet to fully recover, and restoration attempts still leave much to be desired.

With a thoughtfully-crafted CIP, this once prosperous sliver of the Balkan peninsula could harvest the funds it desperately needs to expedite a return to former glory.

An important element to consider with regards to Bosnia and Herzegovina as a candidate for a future CIP is the religious landscape. As Islam is the predominant religion, investors from the Middle East – one of the most active markets when it comes to second citizenships – could well find they have a natural affinity for the country, much as was the case with Turkey.