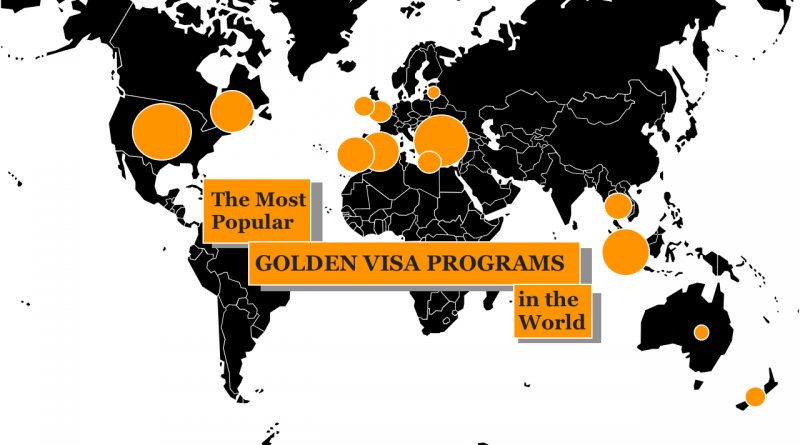 We’ve put together an overview of the world’s most popular residence by investment programs, backed by official statistics.

A note on the methodology:

If you have access to statistics that we do not, or you discover an error, please do not hesitate to forward to cn@imidaily.com, and we will be sure to update this article.

Latvia’s residence by investment program is most popular among Russians, and not one typically featured on the shelves of most investment migration firms. That doesn’t mean it should be discounted; the program offers three relatively cheap ways of immigrating to an EU country; business investment, real estate acquisition, or bank deposits.

Feel free to double check the statistics from the official government source as I may have missed something (my Latvian is a little rusty).

Australia’s dearly priced Significant Investor Visa has seen a slump in application figures since 2015, when the Abbott administration introduced stricter requirements and tougher demands for documentation of wealth.

Government statistics only reveal the number of “primary visas” granted, which is to say the figures for main applicants only, and not including dependents.

Significant Investor Visas issued to main applicants in the 12 months leading up to May 31st, 2018: 170

Despite launching only last spring, Malta’s RVP has received nearly 1,000 applications to date, 560 of them in the first half of 2018 alone, according to the Malta Residence Visa Agency.

Having received the bulk of applicants in the last six months, currently available data not reflect the quickly growing volumes in MRVP applications.

New Zealand has two investor visas; Category 1 and 2, of which the former is the more expensive.

Last year, the more popular of its programs doubled in price, but applicants – mostly Chinese – were not deterred.

Figures for dependents are not available, but they are likely in the region of 750.

Although they may exist, we have not been able to find accurate approval figures for Ireland’s Immigrant Investor Programme after 2016. Furthermore, only the figure for main applicants is reported.

Total number of Irish Investor visas (including dependents) issued in 2016: 329

UK Tier 1 Investor visas issued to main applicants in the twelve months leading up to and including Q2 2018: 379

Total UK Tier 1 Investor visas issued (including dependents) in the twelve months leading up to and including Q2 2018: 998

One of the biggest gainers over the last year has been the Thai Elite residence by investment program. While the program only attracted some 300 applicants in 2016, it’s almost quintupled its volume in the last year.

Unfortunately, the only figures reported are for total visas issued under the program, rather than separate figures for main applicants and dependents.

Thai Elite Residence visas (including dependents) approved in the 12 months leading up to April 2018: 1,400

Thai Elite Investor residence visas issued to main applicants in the 12 months leading up to 2018 (estimate): 588

Portugal, thankfully, publishes statistics nearly every month, except in the summer, of course, when public sector employees take a characteristically southern European month or two off.

Portuguese golden visas issued to main applicants in the twelve months leading up to July 2018: 1,173

Total Portuguese golden visas issued (including dependents) in the twelve months leading up to July 2018: 2,230

Having trailed Portugal for several years in terms of application volume, the program appears to have passed its Iberian neighbor in 2017. Between 2016 and 2017, the program saw a massive surge, more than doubling its cumulative number of golden visa holders in a single year.

See official government statistics from 2016 and 2017 (in Spanish).

Quebec has an annual quota of 1,900, which is virtually filled to the brim every year.

*The latest full year data available for the Malaysia My Second Home (MM2H) program date back to 2016, but the government has also published statistics for January to August 2017. Unfortunately, the reports do not provide a figure for main applicants in isolation; only the total number of visas issued are presented.

We can, therefore, provide actual data for 2016 but only an estimate for the latter four months of 2017 (by annualizing the data reported for the first eight months of the year).

Using this assumption, the number of main applicants to the MM2H in 2017 is estimated at approximately 1,950.

When Greece in July released statistical data on its golden visa program, it quickly became apparent that they were now Europe’s most popular such scheme and on a path that will make it the world’s most popular residence by investment program if the trend continues apace.

The latest figures are for the year to July 2018, but since we have no July 2017 figures with which to compare it, we can only report the actual figures for 2017 and provide an annualized estimate for 2018.

Judging by the trend so far in 2018, Greece will be the world’s largest golden visa program – bigger even than the United States EB-5 program – before the year is over.

Coming up on its fourth decade, the US EB-5 program still leads the pack. But unless Congress enacts reforms soon to allow for more applicants (currently capped at 10,000 individual visas), the program will be overtaken by tiny Greece, population 11 million.

The number of applications isn’t the only way of measuring the success of a golden visa program. Last year, we made an overview of the economic success of the biggest golden visas. See our infographic below:

For more statistical data on the world’s investment migration programs, see our Intel and Data category.

If you enjoy this type of post, encourage us to create more like it by liking and sharing.