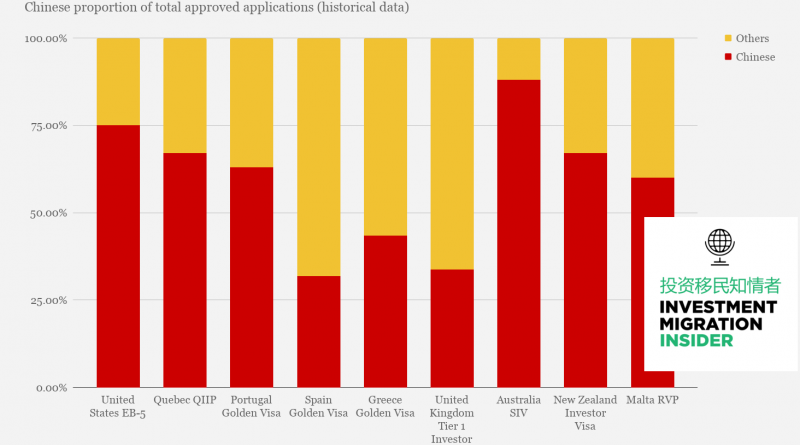 It was no easy task, as data sets don’t lend themselves very easily to apples-to-apples comparisons, sometimes historical records are missing, and sometimes you have to comb through spreadsheets in Greek. Nonetheless, we can say with a great degree of certainty that, since 2008, at least 68% of all approved residence permits based on investment (golden visas) were claimed by Chinese nationals.

Due to the limited availability of data, the Malaysia My 2nd Home program and the Thai Elite residence program were not included in the analysis.

Read also: This Golden Visa is More Popular Than the US EB-5 Program

Chinese nationals are the largest applicant group in all nine programs surveyed and make up an absolute majority of applicants in six of them.

Chinese nationals have invested at least US$27 billion in residence programs since 2008 (likely closer to US$35 billion). Accurate figures for the UK Tier 1 Investor program are unavailable as the statistics do not distinguish between fast-track and non-fast-track ILR-applications. The Malta RVP, the Thai Elite program and MM2H also do not report total investment amounts.

Since November 2012, Chinese nationals have invested no less than US$117 million a month through Australia’s Significant Investor program.

Since Portugal opened its golden visa program in late 2012, Chinese individuals have invested US$ 43 million a month in the country.

Chinese immigrants have additionally invested some $880 million in Spain, $804 million in Greece, and more than $15 billion in the United States.

Read also: NZ Investor Visa Has 53% Rejection Rate and 2 of 3 Applicants are Chinese 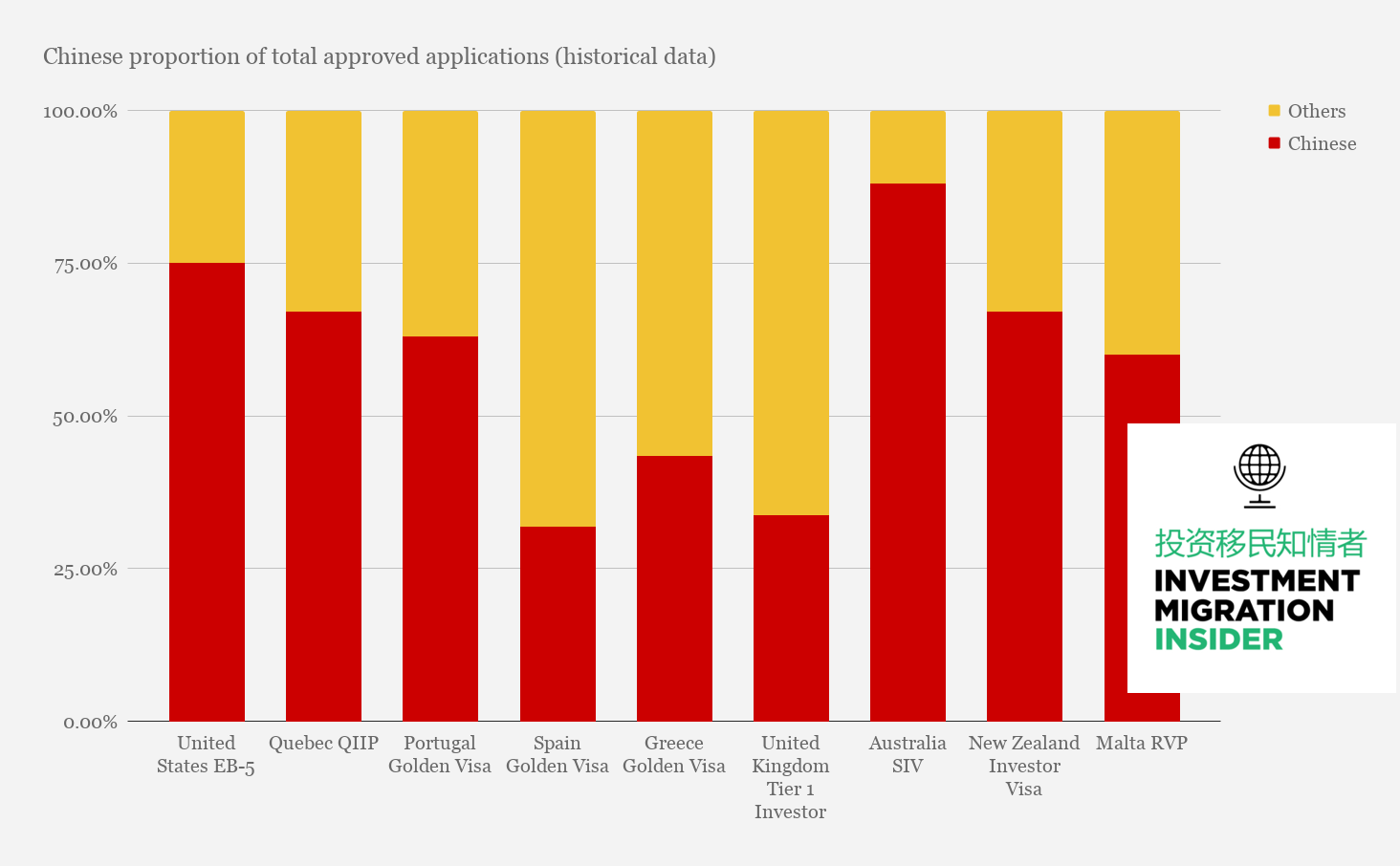