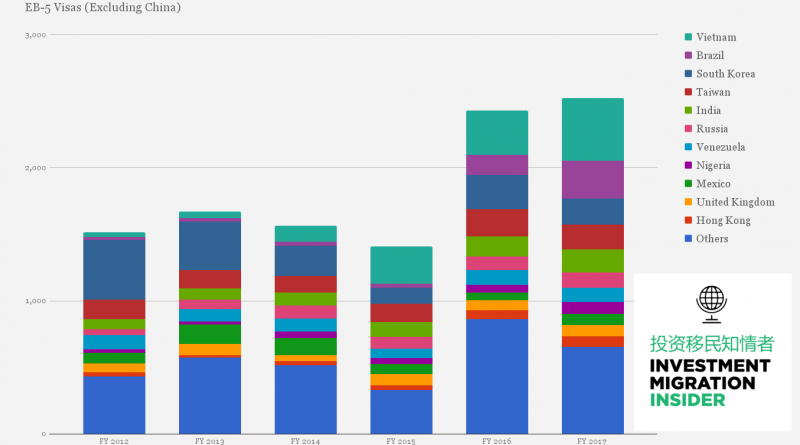 The Report of the Visa Office for fiscal year 2017 is out, and it reveals some remarkable shifts taking place in the EB-5 market, summed up below.

2. Vietnam is officially the next big EB-5 market. The number of visas issued to Vietnamese has grown by an average of 80% every fiscal year since 2013, and – with 471 visas in FY 2017 – Vietnam is now the second largest market after China, accounting for nearly a quarter of all non-Chinese EB-5 applications.

Read also: Is Vietnam the next big market for investment migration?

3. Brazilian interest in EB-5 has exploded since 2015. The political upheaval, corruption scandals, and economic recession that have marred Brazil for the last three years go a long way in explaining why the number of Brazilians obtaining EB-5 visas doubled last year and has grown by a factor of ten since 2013.

4. South Korean interest is waning. In 2012, South Korea was, by a wide margin, the second largest EB-5 market, accounting for 447 visas, three times as many as the third largest market that year, Taiwan. By FY 2017, the number of visas issued to South Koreans had dropped to 195, a contraction of 25% in the last year alone.

5. India rising steadily, on the cusp of exponential growth. India’s applicant numbers have been on a gradual upward trend for years, growing 15-20% annually, or about twice the rate of economic growth in the subcontinent during the same period. The numbers may be modest now, but with a population that rivals that of China, even low rates of annual growth will compound into gargantuan absolute figures. Moreover, thanks to recent changes in H1-B visa policy, we can expect to see a significant bump in Indian EB-5 applications over the next year. 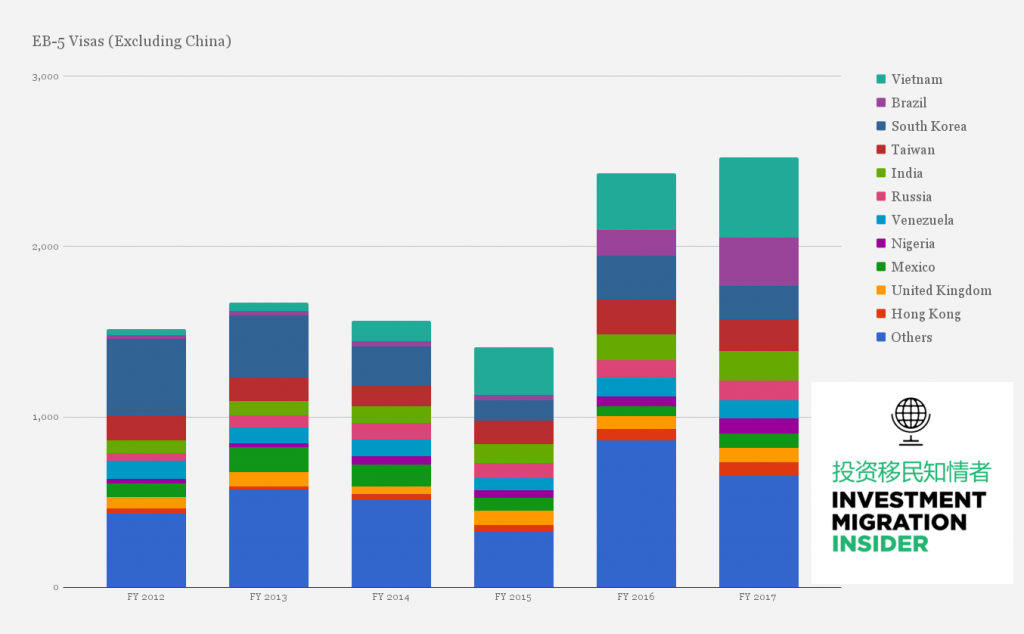 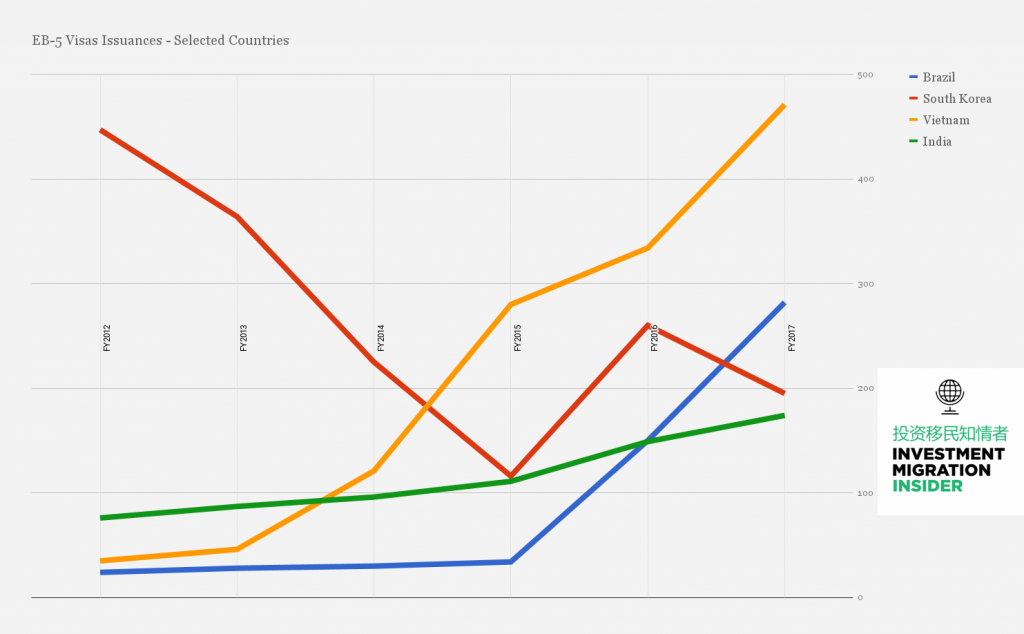 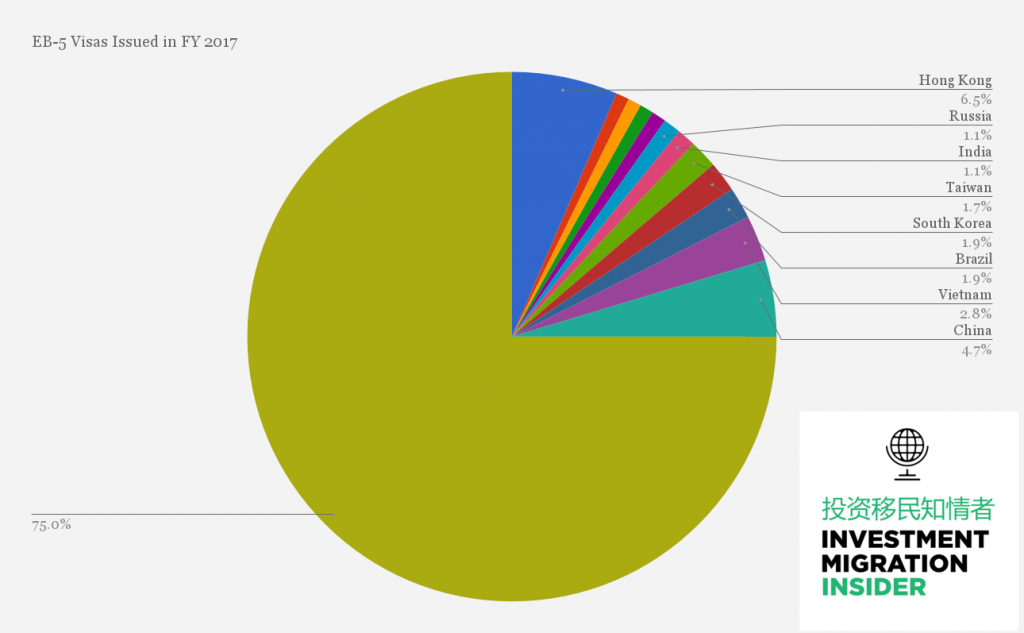