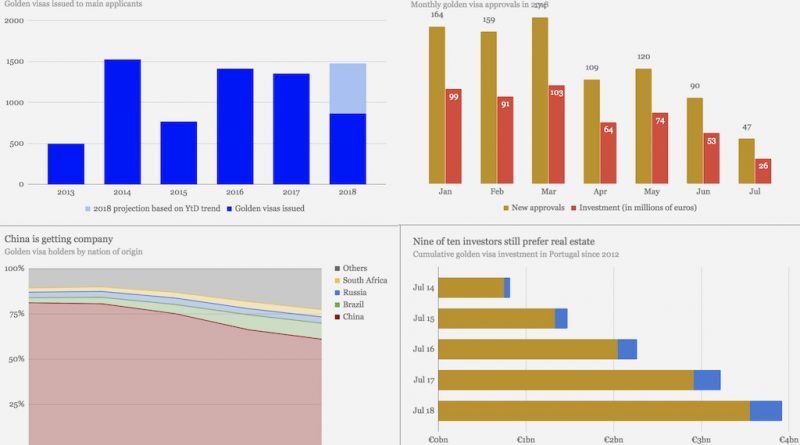 Fresh data from Portugal’s Immigration and Borders Service (SEF) show that only 47 investors received golden visas in July, the lowest rate of monthly approvals since July 2015. Nonetheless, the program is on track for a statistically normal year.

China giveth and China taketh away

During the first three years of the Portuguese program’s existence, Chinese nationals accounted for more than 80% of applicants. Today, that proportion has fallen to 60% along with an increase in interest from Brazil, Russia, South Africa, Lebanon, and Turkey. 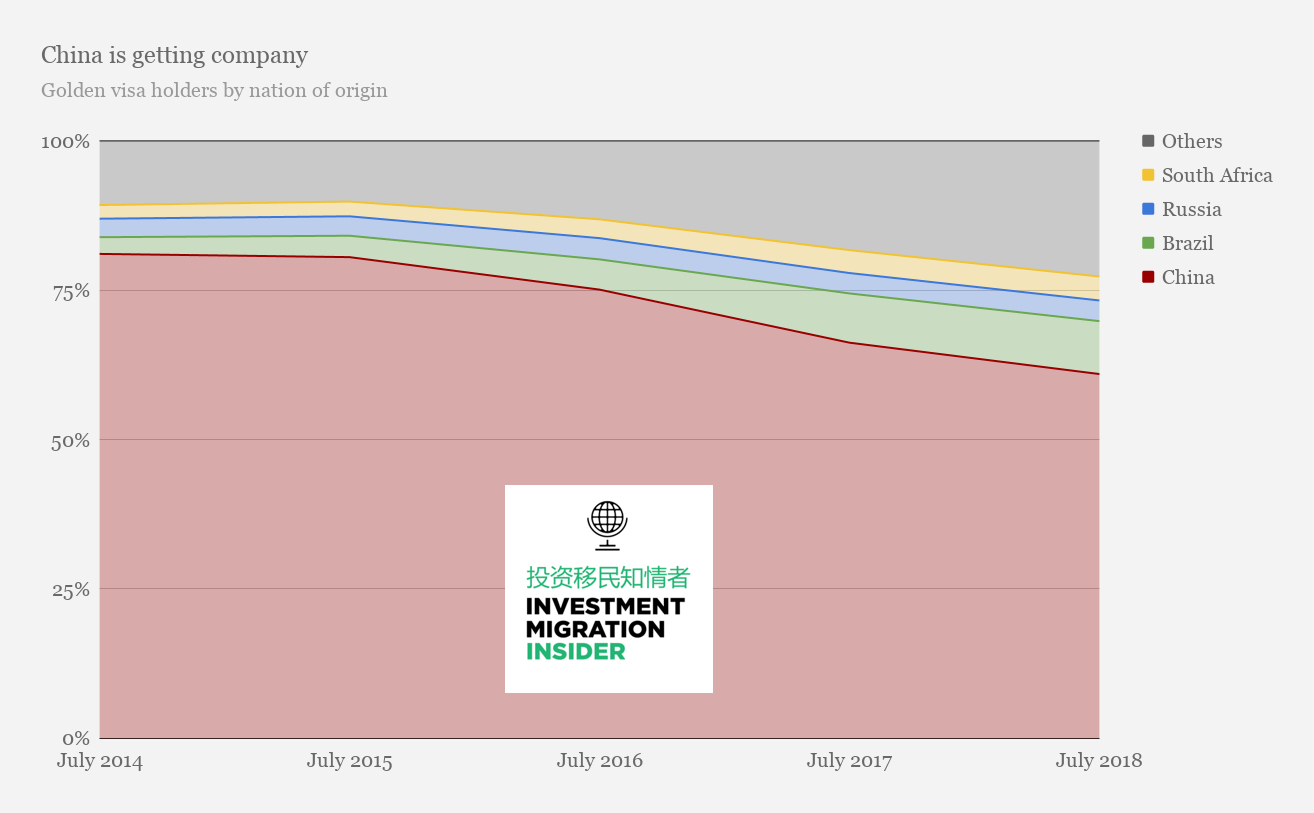 But the fall-off in Chinese applications isn’t just relative; Even in absolute terms, Chinese interest is waning: 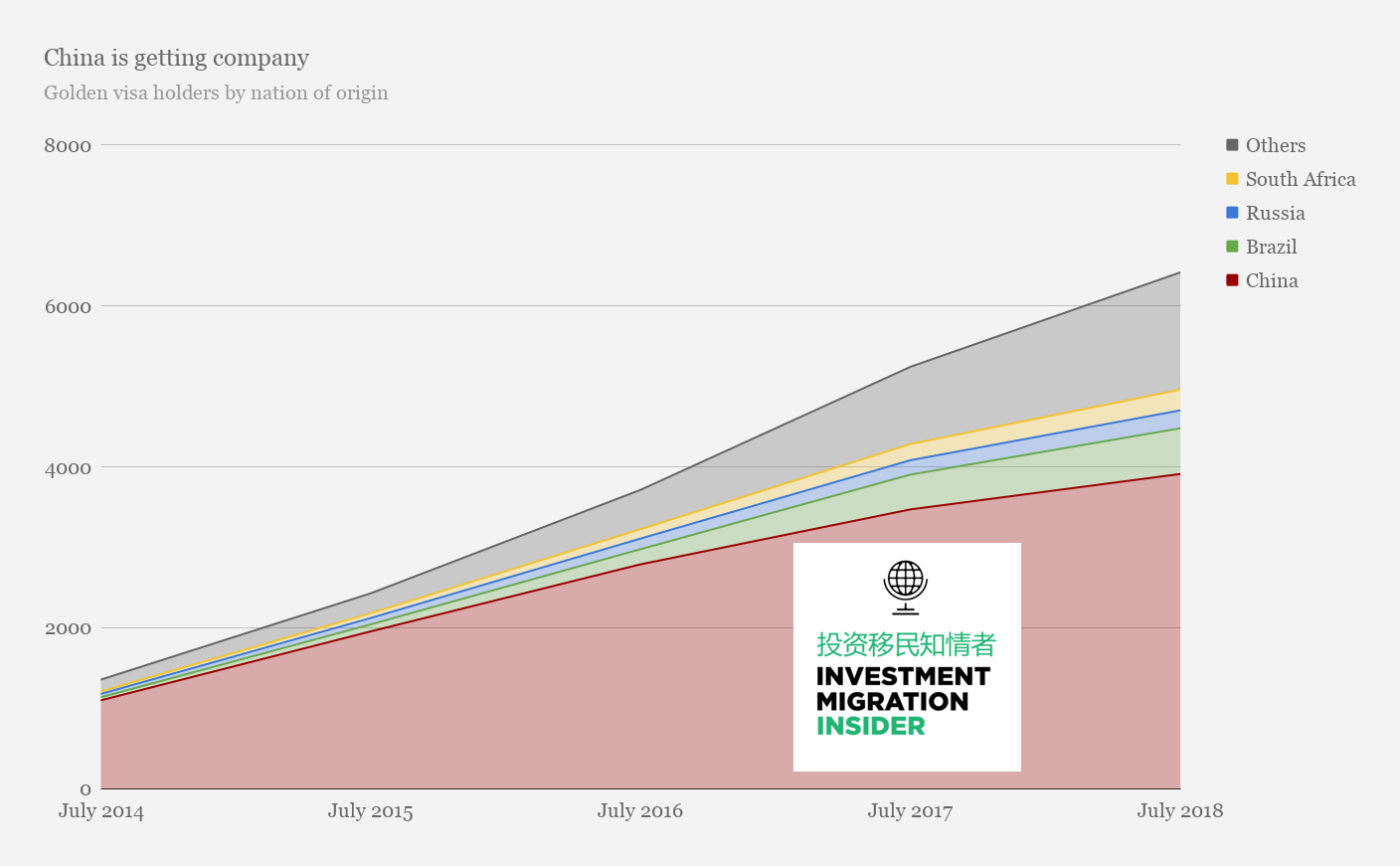 What’s causing Chinese attrition in Portugal? One explanation is that Chinese investors (and their immigration agencies) have shifted focus to countries like Ireland and Greece, the latter of which is now seeing an extreme surge in interest in general, and from China in particular.

Another factor is that in 2017, the SEF accumulated a backlog of several thousand applications, causing processing delays of up to four months. That backlog has since been cleared, thanks to procedural changes within the SEF, but a reputation for inefficient processing will likely linger for some time still.

Approval volumes for the program have been on a downward trend all year and reached a nadir last month with only 47 approvals, raising a mere 26 million euros in investments: 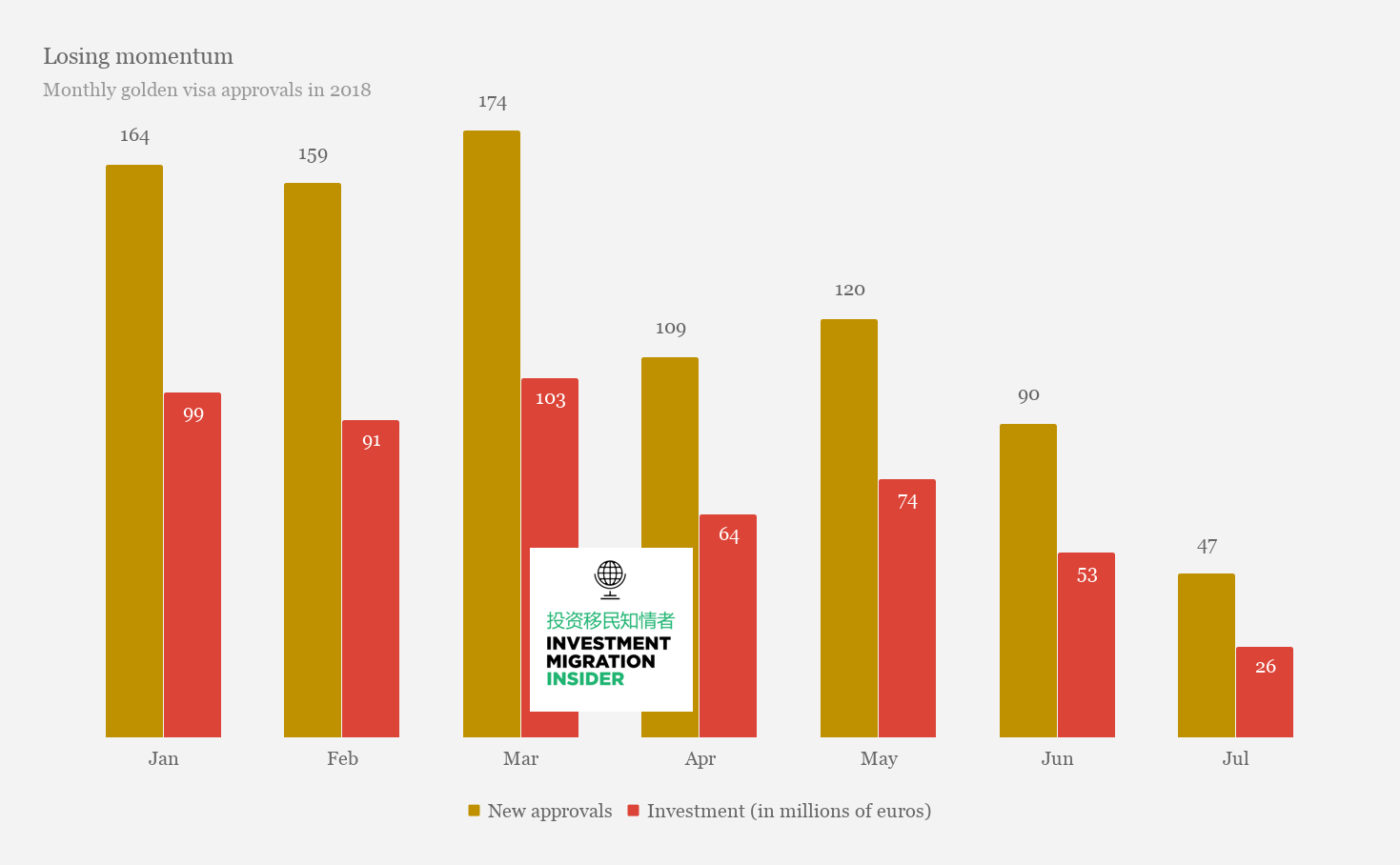 Falling application numbers notwithstanding, with 863 approvals in the year’s first seven months Portugal is still on track to log close to 1,500 approvals in 2018 as a whole: 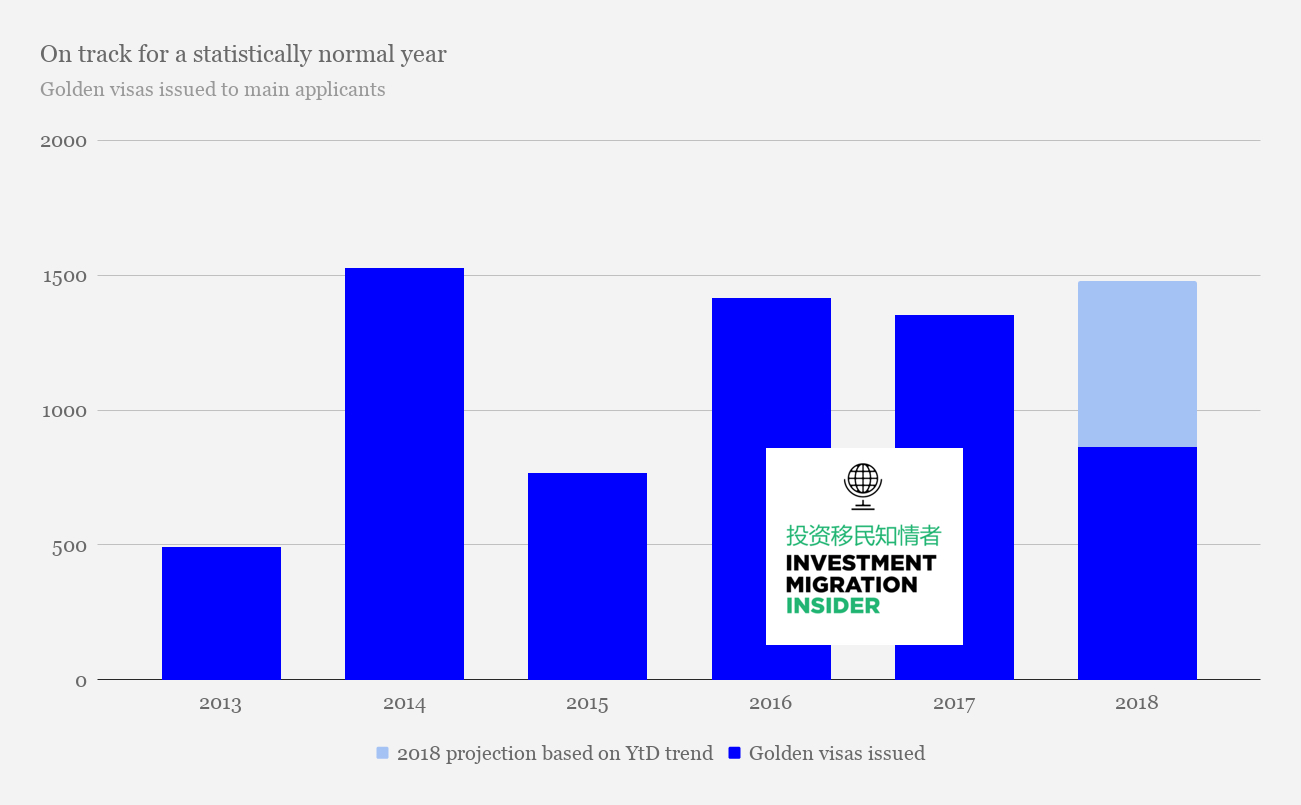 As in the past, nine out of ten investors opt for real estate. That may be about to change with the introduction of the new 350,000 euro fund investment option.