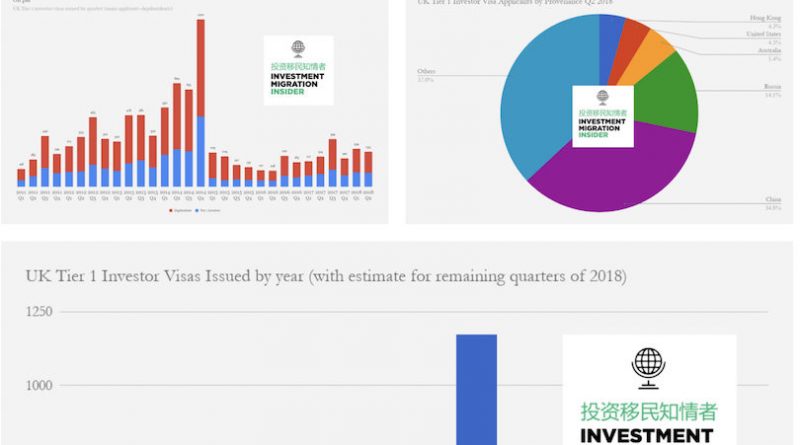 British Home Office figures released today show that 92 main applicants and 143 dependents received “Leave to Remain” (the initial three-year residence permit) in the UK during the second quarter of 2018.

With 32 and 13 investors, respectively, China and Russia together accounted for nearly half of all visas issued, while Turks, who last year accounted for some 7% of visas, have not lodged a single application in Q2 2018.

Turks gone thanks to crumbling Lira, Russians not deterred by sanctions

“Turkish applicants have disappeared, which is not surprising given the devaluation of the Lira. Investor visas have always been a leading indicator of economic and political uncertainty,” said Farzin Yazdi, Head of Investor Visa at Shard Capital.

“Visas issued to Russians saw an increase over last quarter, which is somewhat surprising when you consider all the recent bad press and newly introduced sanctions,” said Yazdi, and added that the first half of 2018 had recorded a year-on-year increase of 17% over the same period last year.

Farzin also notes with some surprise that the number of dependents obtaining visas under the program has not fallen, despite a rule change in January that requires all individuals – rather than just the main applicant, as was previously the case – to spend no less than half the year in the UK.

“The UK, it appears, remains attractive to high net worth migrants despite the as yet uncertain outcome of Brexit negotiations,” he concluded.