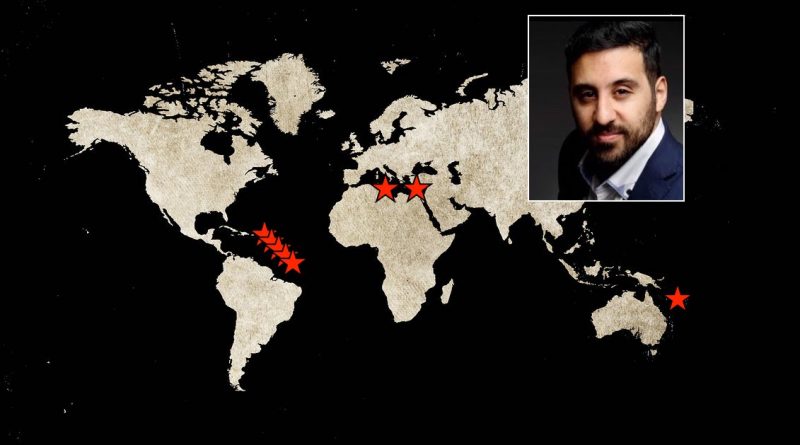 Regular contributor and CIP-researcher Stephane Tajick offers a detailed analysis to attempt to forecast where we may expect new citizenship by investment programs to launch in the near-term.

In the last two years alone, four formal citizenship by investment programs (CIPs) have opened – in Saint Lucia, Vanuatu, Turkey, and Jordan –  and new ones are expected to hit the shelves shortly in Montenegro and Moldova. The recent price war in the Caribbean has made the acquisition of a new passport more accessible and demand for them is set to rise significantly over the next few years.

The aforementioned price war also has a discouraging effect on potential new entrants and has led substantive discussions on the forming of a cartel among Caribbean CIPs (euphemistically referred to as “regional integration”, a term more palatable than “cartel”) to stall the downward trend in pricing.

Price wars notwithstanding, new programs are coming online. The question is, where?

With five programs existing already, the Caribbean is a hotbed for CIPs. Considering the already depressed price level – thanks to plenty of competitors – the CIP-countries in the region are unlikely to welcome new entrants with open arms. Fortunately for them, few remaining countries in the Caribbean are likely candidates for new programs, either because their passport is not highly rated (such as those of Jamaica or Haiti), because they aren’t entirely sovereign (Bermuda, Cayman Islands), or because the political opposition to CIPs is deeply entrenched (Barbados).

Only two countries are ripe for CIPs: St Vincent & the Grenadines (SVG) and Trinidad & Tobago (T&T). The SVG’s main opposition party has declared – on several occasions – an interest in creating such a program and, with the mounting debt the nation faces, an issue CIPs have solved elsewhere before. But, as the current government opposes CIPs on ideological grounds – we may need to wait for the 2020 election for a real chance of seeing a program instated. Trinidad & Tobago is the other possibility but it’s unlikely to be on the books in a foreseeable future.

Related: “We Have Lost Billions” By Not Having a CIP Says Saint Vincent Opposition

No Latin-American countries have CIPs, but some did in the past. The infamous Belize program was suspended in 2002 as was that of Peru in the ’90s. But CIPs are unlikely to re-emerge anywhere in the region in the near-term, although Belize may be in a situation where they would be tempted as the debt level remains high. The same can be said about Venezuela, a country in the midst of an extreme financial crisis. It’s unlikely, however, that the highly unpopular current regime would be able to garner to political support (democratically, anyway) for such action. Furthermore, a CIP would not help save the economy of a country with 32 million people.

Eastern-Europe seems to be the next battleground for the industry with Montenegro and Moldova seriously engaged in creating a CIP and both are set to launch their programs soon.

Albania is the most likely to offer a program in the near future. EU-tolerance of CIPs will most likely open the gate for the other Balkan countries to follow suit. Their possible ascension to the EU in the future makes the notion of Balkan CIPs a very attractive proposition.

Serbia is witnessing large Chinese investments and – depending on how successful the Chinese ventures turn out to be – could pave the way for opening minds with regards foreign investors from the East seeking naturalization.

Greece is a wild card here as national pride is unlikely to allow it, but as CIPs grow prevalent in Europe, even the Hellenic Republic may find the proposition at least worthy of serious consideration, particularly in light of their debt-to-GDP ratio of 180%.

Vanuatu is the only Pacific island nation with a CIP, but Tuvalu and Tonga previously ran controversial that programs that were ultimately shuttered.

But the region remains full of Commonwealth countries with excellent passports, similar in many ways to the Caribbean.

As the Ni-Vanuatu reap the pecuniary rewards of successfully operating a program, don’t be surprised if other regional nations seek to emulate them. Samoa, Tonga, and Tuvalu are the most likely. With a population just north of 10,000, Tuvalu’s citizens could probably live like sheiks if they were to launch a program, although cautious financial planning would be required to make sure inflation doesn’t ravage the tiny economy. The special relationship with the US enjoyed by Micronesia, Palau and the Marshall Islands makes it practically impossible for these nations to offer a CIP.

Georgia and Armenia are two of the rumored countries contemplating CIPs. Their laws already enable citizenship by exceptional contribution and adjusting these to accommodate a formalized program would be relatively easy. Mauritius and Seychelles in the Indian Oceans are also two strong candidates as they are already very foreign investor friendly and already have special clauses in their citizenship law to accelerate naturalization of investors.

So, where is the next CIP likely to show up?

Other than Montenegro and Moldova, the most fertile grounds for a future CIP are Albania, Georgia, Mauritius, Belize, Samoa, St Vincent & the Grenadines, Serbia and Macedonia. Tuvalu is the smallest nation in the list and running a CIP for a single year could wipe out their national debt. The smaller the country, the greater the benefits a CIP.

Read also: Future of the Citizenship-by-Investment Market: Predictions for 2027

This is where a country like Venezuela and Greece fall short, as much as they would welcome the investment, it won’t have the same economic impact. Nevertheless, a CBI in Greece could potentially bring half-a-billion US dollars a year in donations. T

The citizenship industry depends heavily on the EU and how tolerant they are towards CIPs and in a smaller measure how the US perceives it as a security treat. High levels of due diligence can go a long way toward allaying fears, but only if it’s widely known that CIPs have a much higher level of scrutiny than normal naturalization proceedings.