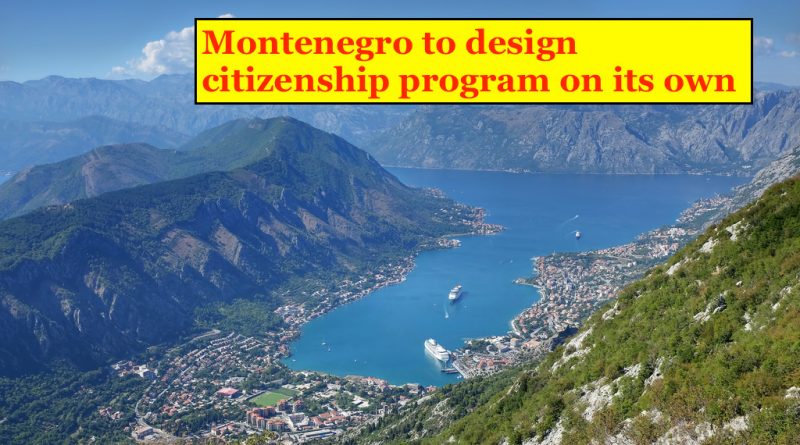 The investment migration world has been abuzz with talk of a Montenegrin citizenship by investment program over the last year or so. The promise of another European CIP, in a country engaged in EU-accession talks, has piqued the interest of CBI-professionals around the world but, so far, very few progress reports have surfaced, no program has materialized and few company heads are willing to talk. Not content to simply await press-releases, Investment Migration Insider contacted the Montenegrin government directly to get some answers.

The Montenegrin Ministry of Sustainable Development and Tourism informed Investment Migration Insider that an initial public invitation to offer a model for the Montenegro Special Investor Programme (MSIP) – which had been extended to international consortia including big investment migration names like Henley & Partners, Arton Capital, Discus Holdings, Fragomen, China-based Shanghai Overseas (华侨移民), as well as international due diligence firm IPSA – had ultimately been unsuccessful.

Upon review of the bids, the government of Montenegro decided not to accept any of them and scrapped the public tender altogether in favor of the establishment of a special government commission that will undertake to design and implement the program without enlisting the services of government advisory firms.

Now tasked with the formation of the MSIP is a selection of officials from several government departments.

While the government will not outsource the design and implementation of the program to a private firm, as has been the case in other CIP-countries such as Malta, Saint Kitts, and Antigua, they welcome suggestions as to how best to structure the scheme.

“The Commission has announced an international public invitation which enables interested companies to apply and offer a concept of economic citizenship which would be successful in Montenegro, along with a signed statement that the Government of Montenegro can freely use the proposed concept or its segment.”

The Ministerial representative emphasized that whatever form the program would eventually take, the primary concern is that it must encourage economic development, rather than benefit special interest groups. Montenegro, the official added, would draw on the experiences of other European countries with investment migration programs to ensure that proceeds from the MSIP have a tangible positive effect on a variety of economic sectors and regions in the country, and cites the example of the Hungarian Residency Bond program as a model they were keen to avoid.

“From experience thus far (a series of meetings with leading companies in the sector, seminars, round tables, forums, available materials which show experience of countries, particularly EU and NATO Members as well as experience of non-member countries) and proposals submitted on public invitation, for which six renowned companies applied, the Commission will draw up a programme which should, primarily, encourage development of some industries and regions. For instance, Hungary does not, or did not possess a Special Investor Programme but a residence acquisition programme. Montenegro, generally, believes that its Special Investor Programme will provide a significant interest of foreign investors. Hence, it was estimated that Hungarian model would not be so successful.”

The official could not offer a specific estimate for when the MSIP would be ready for launch, revealing only that the process is ongoing and that it has high priority among policy-makers.