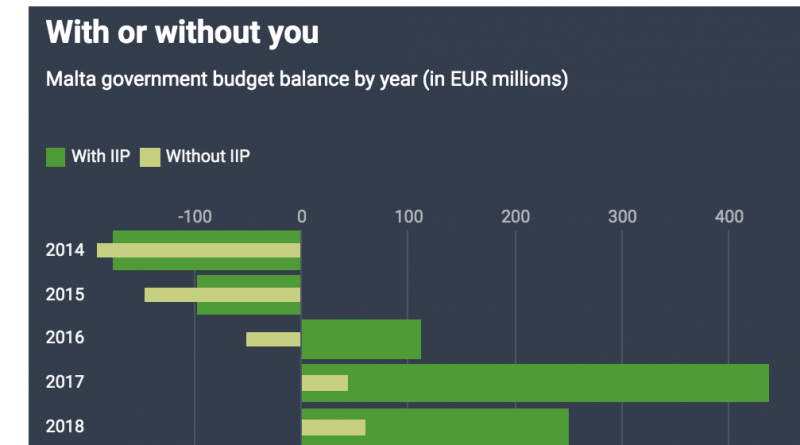 For the third year in a row, Malta’s government saw revenues outpace expenditures in 2018. While Finance Minister Scicluna was careful to point out that it would have logged a surplus even in the absence of its citizenship by investment program, the MIIP can take credit for three-quarters of the positive balance.

Of the EUR 250.8 million budget surplus the Office of National Statistics and EuroStat recorded for Malta in 2018, EUR 190 million stemmed from the Malta Individual Investor Programme (MIIP).

The 76% contribution exceeds the government’s own prediction from last year: 62% of Malta Budget Surplus to Come from Citizenship Program Next Year

2018 was not the first time the MIIP played a leading role in balancing the government’s books; in 2017, nine-tenths of the record EUR 439 million positive balance was directly attributable to the program. In 2016, the MIIP was downright decisive, turning what would have been a EUR 50 million deficit into a EUR 113 million surplus.

Not reported, for the time being, is the not inconsiderable revenue contribution of the MIIPs younger cousin, the Malta Residence Visa Programme (MRVP). While accurate data on the MRVP’s performance are woefully underreported compared to the MIIP (the benchmark among citizenship by investment programs as far as transparency goes), government income from the scheme run into the dozens of millions.