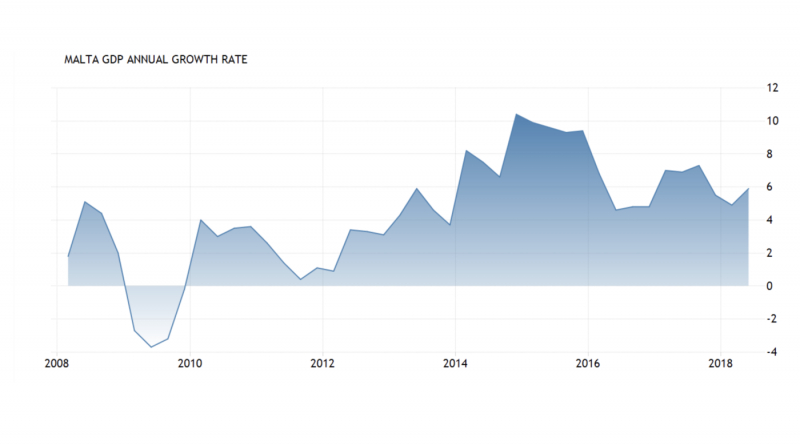 Prime Minister Muscat of Malta – the Mediterranean Tiger Economy that grew by 6.4% last year, among EU-states second only to Romania (6.9%) – expects the government budget for 2019 to amount to 1.3% of GDP, of which 0.8% will come from the Individual Investor Programme.

The PM announced the estimates in connection with the Finance Ministry’s budget presentation yesterday and further announced that his government’s “unofficial target is to achieve a surplus every year, even without the revenue from the Individual Investor Programme,” according to Xinhua.

2019 will mark the fourth consecutive year of surpluses for the country, which prior to 2015 had not recorded a positive fiscal balance since the 1980’s.

Finance Minister Edward Scicluna further estimated that the government’s debt-to-GDP ratio would fall from some 51% to 43%.