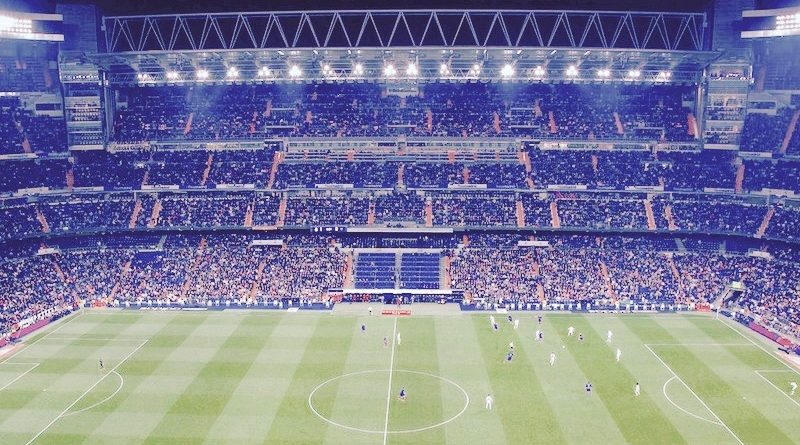 A handful of investment migration programs are weighing the introduction of higher investment thresholds this year. How can they price them correctly?

In economics, total revenue is a function of P and Q; the price of whatever is sold multiplied by the quantity. Investment migration programs should aim to maximize total revenue. How can they do that?

To explore the topic, let’s first use the analogy of ticket prices for a football match. Say Real Madrid is playing Liverpool in a group-stage Champion’s League fixture at the former’s home field, the Estadio Santiago Bernabéu, which has 81,044 seats (representing Q). To maximize total revenue, Real Madrid wants to sell exactly 81,044 tickets and charge as much as it can for each of those tickets. Since Q, in this case, is a given, the variable in question is P; what should Rel Madrid charge, on average, for tickets to get the highest possible game-day revenue?

Since the game is between two world-class clubs with millions of fans, interest is virtually limitless. If Real Madrid priced the tickets at one euro, therefore, all 81,044 seats would sell out in about 20 seconds. The stadium would be completely full on game-day, but Real Madrid would make only a paltry EUR 81,000 from the match. Conversely, say Real Madrid priced the tickets at EUR 10,000; they might sell a hundred seats, thereby making a million euros but have a nearly empty stadium.

What Real Madrid wants, ideally, is to find the average ticket price that fills the stadium to capacity and have every attendee pay the highest price they can possibly stomach, so high that any marginal increase would translate into a handful of empty seats. It isn’t practically possible to know exactly what that average is, but maybe it’s somewhere around EUR 80. This would net Real Madrid about EUR 6.5 million.

Apply this example to investment migration. In terms of minimum investment requirements, residence and citizenship by investment programs fall into one of three broad categories: Overpriced, underpriced, and more or less correctly priced.

Underpriced programs
Whenever a country has a large backlog of applications, there are generally two possible explanations; either the processing is woefully inefficient, or the program is oversubscribed because of a fixed number of spots and a minimum investment that is too low.

The residence programs of Portugal, Greece, and Malta, for example, have all struggled with significant backlogs in the past, not because they have any fixed limits on how many people can apply each year but because they were not prepared to handle their own popularity. In these cases, the backlogs didn’t arise from ticket prices being too low relative to the number of seats in the stadium, but because the ticket offices were understaffed and didn’t have digital sales platforms.

The US EB-5 and Quebec Immigrant Investor programs, however, fall into the underpriced category. That’s because each of them has explicit annual limits on the number of visas available to investor migrants, the demand for which perpetually exceeds supply. Programs that are continuously oversubscribed are underpriced. Quebec’s response, rather than raising the price (which it did last year, but clearly not by enough) has been to suspend the program. That’s akin to Real Madrid selling tickets for EUR 10, observing that 500,000 people are waiting in line to buy tickets outside the stadium, and deciding the best course of action is to cancel their game against Liverpool “pending a review”.

For the first time since its opening in 2014, the Cyprus CIP is now oversubscribed as well, and local media report the program is “sold out” until 2021. Meanwhile, Australia’s BIIP, which also has an annual cap on applications, now has a backlog of nearly 20,000 files and are asking whether their program isn’t too cheap (which it probably is).

Much like the Loch Ness Monster or platonic relationships between attractive members of opposite sexes, the correctly priced investment migration program remains a hypothetically possible – but hitherto undocumented – phenomenon.

While no programs are entirely correct in their pricing, there are certainly examples of programs that have changed to a “more correct” price and reaped greater total revenue as a result. Apart from the aforementioned example of Turkey’s CIP, the US EB-5’s recent increase in minimum investment requirements from US$500,000/1m to US$900,000/1.8m are likely to boost total FDI thanks to the surfeit in demand.

When New Zealand’s Investor Visa program doubled the minimum investment requirement for its category 2 visa in 2017, demand did fall, but only by 35%, which translated into much higher overall FDI. The UK’s Tier 1 Investor Visa, meanwhile, took some time to recover from its own price doubling in 2014, but only about three years.

As Australia and Greece now contemplate higher investment requirements, we have but few precedents among other programs on which to base recommendations. Demand for Australia’s BIIP likely has considerable price elasticity and could probably raise minimums by at least 50%. If it worked for New Zealand, which is a similar program in many ways, chances are it would turn out well for Autralia too.

Greece, which has indicated it may double its asking price this year, should think twice. It doesn’t have the cachet of Australia and has far less leeway. Its principal competitive advantage compared to other golden visas in the Mediterranean is its low investment requirements. Any increase approaching the EUR 350,000 Portuguese fund investment option would be imprudent.