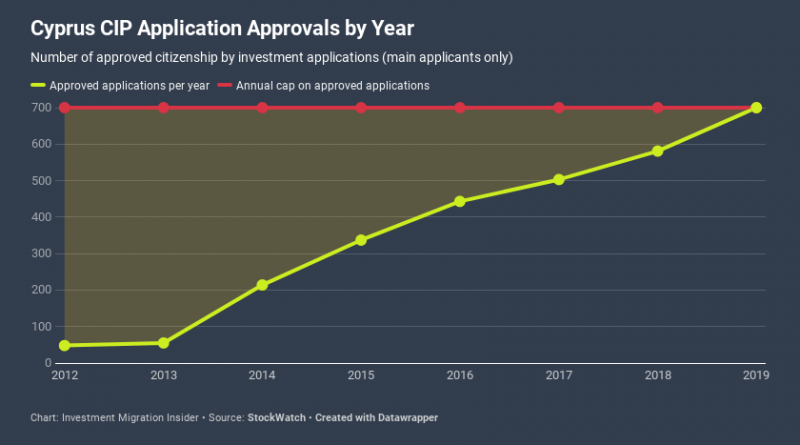 If you thought backlogs were only a North American residence program phenomenon, think again; Retrogression has arrived in Europe.

Last year, Cyprus introduced an annual cap for the number of applications that could be approved – 700 of them – for its citizenship by investment program, a move many observers saw as an attempt to mollify the concerns of European political bodies who had expressed apprehension about the program. For 2019, that self-imposed quota has already been reached, an eventuality IMI predicted at the start of the year.

Since 700 applications have already been approved this year, applications received after mid-October (when the quota filled up), will only be considered next year.

But what IMI did not foresee and which is remarkable is that, as Kathimerini reports, the 700-cap for next year has now been reached as well, which means that applications filed today will not be eligible for consideration until 2021.

Retrogression, in other words, once an affliction that tormented only North American residence by investment programs, is now present on The Old Continent too.

See also: Backlogs: An Existential Threat, Not Just to Programs But to Agents as Well

The same newspaper also reports that Cyprus has a startlingly low rejection rate:

“According to data provided to the House of Representatives by the Ministry of Foreign Affairs, from 2013 until August 2019, 56 of the 2,700 applications for naturalization have been rejected,” noted Kathimerini, who also revealed that more than 4,000 passports have been issued under the program.

As a result of an ongoing, retroactive due diligence audit conducted by three major DD firms appointed earlier this year, Cyprus recently moved to revoke the citizenships of 26 individuals who had naturalized in the country on the basis of a CIP-investment.

The audit has found the program’s pre-2018 vetting procedures wanting and the due diligence consortium is now working to identify and rectify cases in which individuals who should not have received approvals did receive them.