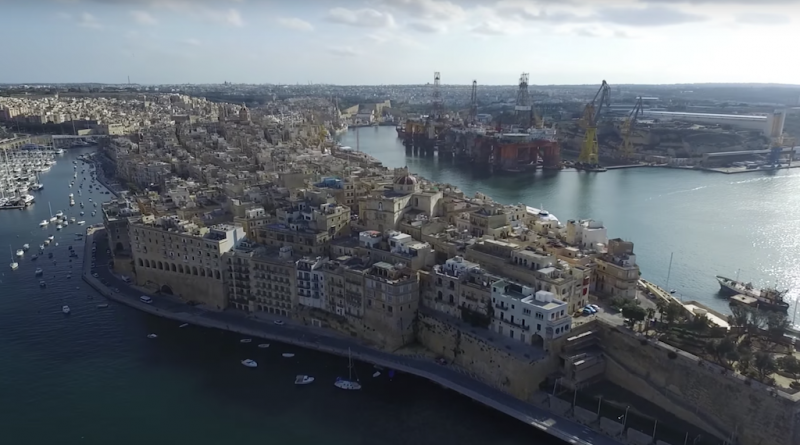 Having concluded its Article IV consultation with Malta, the International Monetary Fund has given the country’s economic outlook a high rating – with certain reservations – and acknowledged the Malta Individual Investor Programme’s positive contribution to GDP and fiscal balance.

In a press release discussing the consultation, the IMF states that “Malta remains one of the fastest-growing economies in Europe, aided by a rapid expansion of export-oriented services, favorable labor market dynamics, and prudent policies, which advanced structural reforms and strengthened private and public sectors’ balance sheets”.

Commenting on the Malta Individual Investor Programme (MIIP), the IMF wrote that the “application process is subject to stringent due-diligence by Identity Malta, resulting in a rejection rate of around 20%” and “the cost of the IIP is relatively high compared to other citizenship programs,” also recognizing that the program continued to provide a welcome boost to GDP and government coffers.

You’d expect this to be welcome news, but the intransigent detractors of the MIIP have still found an angle from which to use the generally favorable report to point out perceived drawbacks in the program.

In an editorial, the Malta Independent writes that the IMF’s report “has reconfirmed how over-reliant Malta is on a controversial and unethical scheme, which goes part and parcel with the ‘quick buck’ mentality”.

Quite the contention. Let’s see how they substantiate it:

The figures also point towards an overreliance on the IIP as a revenue generator.

The revenue figure for 2017 (€230 million) is roughly equivalent to 2.1 percent of GDP and 5.4 percent of fiscal revenue.  The government has been warned before that it is relying too much on the scheme – which is approved by the European Commission – and this could be unsustainable in the long term.

Malta’s economy grew by some 6.4% in 2016, and the MIIP brought revenues worth about 1.7% of GDP that year, and roughly twice that in terms of fiscal revenue. For 2017, the IMF estimates the MIIP will contribute some 2.1% of GDP and 5.4% of fiscal revenue. To say that, because the MIIP bringing in revenues equal to 1/50th of GDP, this equates to an “over-reliance” on the program is preposterous. Agriculture accounts for 1.4% of the Maltese economy. Is anyone worried that Malta is becoming over-reliant on farming? I think not.

Even deducting the contribution from the MIIP, Malta’s economy would still have grown at a rate of 4.7% in 2016, which is to say that the country would be doing just fine without its citizenship program. Of all the countries to reproach for relying too much on citizenship by investment, Malta should be the last (see chart on right).

This administration has also been warned about the consequences of not creating new sectors and diversifying the economy.

What is the MIIP if not a new sector and a way of diversifying the economy?

The MIIP represents economic activity that was not present in the country prior to 2013. GDP is not a zero-sum calculation: The growth contributed by the MIIP does not come with a corresponding reduction in other sectors; it comes in addition.

The report published this week, in fact, points out that fiscal challenges of the IIP “include achieving a prudent management of the inflows, which might be volatile and unsustainable.”

It’s certainly true that the revenues from the program are volatile, but that is not the same as unsustainable. Besides, the management of the inflows have indeed been prudent; Maltese authorities have used it to balance their fiscal budget and last year the government’s Consolidated Fund – effectively the government’s main bank account – recorded a surplus for the first time in more than 30 years, in no small part thanks to the MIIP.

It also warns that macro-financial risks could be triggered by a rapid influx of housing investment, leading to property market bubbles […]

According to the Fourth Annual Report on the MIIP, program participants bought a total of 46 properties between July 2016 and June 2017, spending an average of €767,047.15. The acquisition of fewer than fifty homes a year on an island with more than 400,000 inhabitants, virtually all in the very high end of the market, is leading to a property market bubble? No way.

The more likely explanation for rising home prices are economic growth (people have more money to buy homes) and the drastic influx of tens of thousands of foreign workers (which has nothing to do with the MIIP).

We believe that the government should now consider the IIP as a one-time experiment that was successful form a financial aspect but should refrain from extending the scheme.

Good money was made and the funds should be spent wisely, but we should now move away from the controversy that is the IIP and focus on bringing in new and more ethical economic sectors.

There’s nothing unethical about the MIIP. In fact, it’s highly ethical. Citizenship by investment is a force for good, and the people work in the industry are freedom fighters, whether they know it or not. Read why here: 6 moronic objections to investment migration

While it is true that millions were collected from the IIP, there were negative considerations as well, including the damage to our reputation abroad and the exploding rents.

First, the rents. Since the launch of the program, a grand total of 483 applicants have rented homes in Malta, a number roughly equivalent to 0.1% of the country’s population, spread over a four-year period. Again, MIIP participants are simply not statistically numerous enough to have an impact.

As to the purported damage to Malta’s standing internationally, I’m not sure Malta before the MIIP had the great reputation abroad the author appears to believe. In any case, most negative press coverage (unwarranted in 9 of 10 cases) about the program abroad typically stems from domestic Maltese sources, such as this very editorial.

If anyone is damaging Malta’s reputation abroad, it’s the Malta Independent.