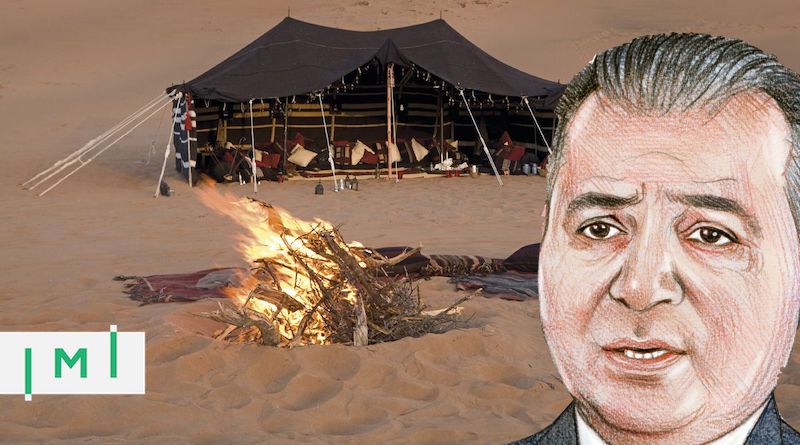 This weekend’s guest is Sam Bayat of Bayat Legal Services.

How do you spend your weekends?
It’s simple; with four kids aged 4, 5, 8, and 12, my weekends belong to my family and wherever I am on business, I try very hard to be back home for Thursday evening or latest by Friday morning. Our typical weekend starts on Thursday night and, in winter months, we love to go bicycling and eat ice-cream after our usual 10km.

Friday morning is “la grasse matinée” and the Friday brunch is like our Sundays back in Canada. Later, a bit of shopping in our mega malls in Dubai and sometimes in winter months overnight camping in the desert is my kids’ favorite activity. It’s hotdogs, campfire, marshmallows, and sleeping in tents. Weekends with my kids are my week’s highlight.

What are your top three business goals this year?
I started the year with one major objective and that was to make our sales and operations more virtual. But with what’s happening to all around us, I am even more convinced that our law firm’s future is to be as virtual as possible and I want to speed up this process now. I love technology and have always pushed my friends and many governments to adopt technology to increase efficiency.

My second objective is to further expand Bayat Group presence in our region, which is MENA. We are working diligently on establishing our presence in the Kingdom of Saudi Arabia as well as Kurdistan.

Finally, I think CIPs and RIPs are going to be seriously challenged as Western countries’ business immigration programs such as SUVs (start-up visas). In my opinion, many of our potential clients will seriously consider physically migrating instead of simply opting for a passive program. Therefore, the need to retrain my staff to work again with business immigration applications.

What’s your biggest business concern right now?
A few weeks ago, I would have said governments processing our applications, and maybe our sales. But today, my main concern is whether we will be able to operate next week as it appears local governments might ask to stop working and possibly different governments not processing any applications. The realities of next months at least till mid-summer will be harsh for everyone.

See also: Where Will Investment Migration Be When the Virus-Dust Settles?

Which book is on your night-stand right now?
I am currently reading two books:

The Age of Surveillance Capitalism by Shoshana Zuboff which is more of a business book helping me to understand our business environment and in which direction our world is moving. It’s a scary book. As per the author, we won’t have much freedom in a few years because of all massive surveillance and influence. I have both the audio and the print edition of this book. I like the audio as I can listen to it in “dead times” such as when boarding a flight and similar times when I can’t hold a book. I also like the print edition as I put annotations and pen down ideas.

The second book is War and Peace by Leo Tolstoy. I like to read books I have read earlier when I was much younger to see if my vision of the characters and the book has changed with time.

How and when did you first get into the investment migration industry?
I am an immigrant and with my parents, we migrated to Canada in the early ’70s. So, since I was 10 years old, I have always seen people moving into our world or actually into our house from different parts of the world. My parents were acting as volunteers and they helped many refugees and newcomers and, far too often, we used to even host them till they settled.

Professionally, I got involved in our industry in 1992 when I partnered with two Canadian lawyers – Jean Francois Bertrand and Ismaeil Iqbal Dewji, both superstars of Canadian immigration – to open a law firm in Dubai. In those days, the investment migration industry was primarily Canada’s IIP (immigrant investor program) but, in 2012, when the Canadian Federal investor program was shut down and when St Kitts & Nevis obtained visa-free access to Schengen, our CBI division really started.

What was your proudest moment as a service provider?
Normally, it’s when we win an appeal case, especially in Canada with immigration applications. Visitor visa refusals are my favorite.

But as a single event, I would say the day I became a CBI authorized agent. I remember that the first CBI title we obtained was Dominica. Dominica will always have a special place in my heart.

Which investment migration market development has surprised you the most in the last year?
Grenada and Turkey.

First, the Grenada CIP, because they have started an enormous storm by having the E2 visa option and by attracting a major developer, Range Developments, to start a super project. In my mind, Grenada’s CIP, their E2 visa to the US, and their +140 visa-free destinations, combined with EB-5’s near-demise will catapult Grenada’s program to become the most popular program this year. My only concern is Grenada’s CBIC (citizenship by investment committee) capability to process new applications.

My second is Turkey as they have been resilient and have processed more than 6,000 applications since September 2018, most of them in the last six months and probably more than all Caribbean CBIs combined in one year. In addition, Turkey, with its E2 visa option and livability factor (applicant living and working in Turkey), will surely open new applicant market segments and they will also take applicants from other CIPs or even RIPs.

See also: Citizenship Investors Now Raise $250m a Month for Turkey, According to Ministry of Interior

If you could go 10 years back in time, what business decision would you change?
With my knowledge of today? I would have helped or convinced a government to set up a CIP, the same as one of our industry’s big household names! I guess it’s too late as every government now knows what to do and what NOT to do.

What investment migration industry personality do you most admire?
For me to admire someone, a major requirement would be to sacrifice personal and financial benefits or accolades. Most of us in the industry, as influencers and/or helpers of a particular country, benefit from our efforts and, since I know too many secrets about us, its best I don’t answer this question.

If all goes according to plan, what will you be doing five years from now?
Continue to do what I am doing as I love my work and the people I work with.

More from the 10 on the Weekend interview series: