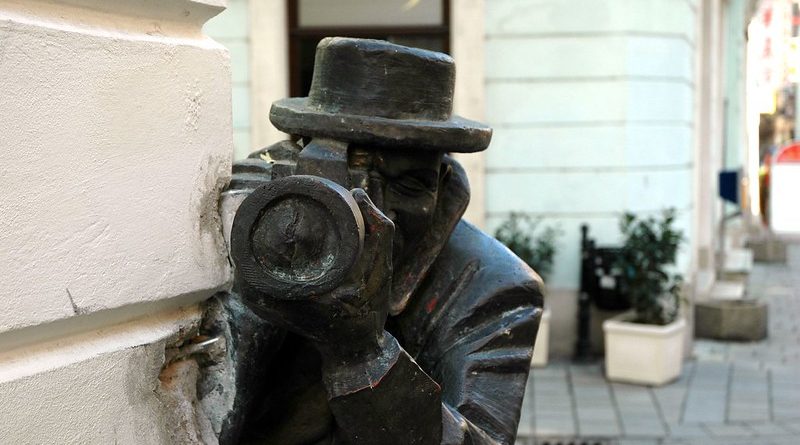 The recent imbroglio involving Chetcuti Cauchi Advocates following the latter’s appearance in a French undercover TV report and which resulted in the suspension of the firm’s license by the Malta Individual Investor Program Agency (MIIPA), is proof positive, if anymore were needed, that the leftwing press will target and seek to destroy CBI service providers in the same way it has been targeting offshore firms for the past few years.

For those of us in that sector, the undercover tactics used to gain footage of Chetcuti Cauchi’s employees speaking candidly and unknowingly on camera are not new.

Taking comments and footage out of context as well as manipulating it in order to spin a narrative directly opposite to what the speakers are saying and to promote a specific agenda detrimental to the industry is not original. What is relatively new, however, is its application to the CBI industry and, granted the increasing scrutiny brought to bear on it, service providers and government officials ought to become more aware of these tactics and be very circumspect when speaking publicly and privately.

What to expect next: Email leaks and data theft
Offshore practitioners are all too aware, not only of how the leftwing press can use articles and videos to promote a political agenda but, more importantly, are also very cognizant of data breaches through the theft of electronic communications which will be the next step, in my opinion, that those out to destroy the CBI industry will take.

One only has to look at the work of the International Consortium of Investigative Journalists (ICIJ) through the Panama and Paradise Papers, which targeted specific offshore service providers/law firms in Panama and Bermuda respectively, to see what the future holds for CBI service providers such as Henley & Partners, CS Global, Arton Capital, and others.

Henley & Partners, of course, as the industry’s largest and leading firm, has already had a taste of this; through innuendo and the mentioning of their name in the same breath as entirely unrelated events like the murder of Daphne Galizia, journalists attempt to smear the company while maintaining their plausible deniability. There is absolutely nothing to indicate the firm’s activities were in any way related to the dreadful fate that befell Ms. Galizia. The company was one of many that Ms. Galizia criticized in her writings, but journalists have glommed onto Henley & Partners in particular and bring up the firm’s name whenever the assassination is discussed.

The leftist press does the same with Henley & Partners’ contact with the founder of controversial data-analysts Cambridge Analytica; Henley & Partners’ principal, Christian Kälin, acknowledges meeting with Alexander Nix, but there is no evidence whatsoever that they colluded to “fix” Caribbean elections, a false narrative the press persists in promulgating to this day despite a complete absence of anything to substantiate such claims.

More than 800 companies are registered in the Residence & Citizenship by Investment Company Directory. Is yours? Register here.

What has happened to Chetcuti Cauchi is but a precursor of things to come. Not only in terms of more media undercover sting operations but also the eventual theft of internal email communications and records held by firms in an attempt to discredit them and the CBI industry in general.

This is taking place at the same time that the international community, led by the OECD, is seeking to destroy the CBI industry from without through regulation and a dishonest political campaign implying that it poses risks of money laundering, tax evasion, and other imagined dangers.

I submit that these two seemingly disparate events are intrinsically linked to each other. In light of this, what, then, should CBI practitioners do? Here are six specific suggestions:

#1 – Invest in a cyber fortress
Secure your data and files from the threat of hacking or internal leaks by investing in cybersecurity measures to protect them from theft. I cannot stress this enough and, while no system is perfect, service providers should not make it easy for state actors and disgruntled employees to disseminate confidential information.

#2 – Prepare all staff members – especially junior ones
Train all staff members to be honest, blunt and forthwith in their verbal and written communications with clients, stressing legal compliance with the CBI programme over the potential applicant’s desires.

Too often, service providers adopt the posture that the client is always right. Wrong! Citizenship is not a commodity and the client’s peculiar circumstances should not outweigh the rules of the programme. Failure to get all staff, especially those at a junior level, to understand this, will allow the leftwing press to find the weakest links in the organization, exploit those, and expose the service providers to ridicule, potential loss of license, and destruction of reputation. The employees directly involved will also have any hope of further advancement in the industry dashed.

#3 – Be wary of clients who may wish to take shortcuts
Limit face-to-face interactions with potential clients to senior-level executives with the experience and knowledge of how to explain the intricacies of the CBI progamme in a forthright, legally and ethically sound manner.

This is doubly important where the clients are from jurisdictions and cultures not compatible with the strictures of the Western world’s rule of law concepts. In many cultures, paying what we call bribes and skirting around the black letter and spirit of the law are totally acceptable practices. While we ought to respect that this may be the way things are done in those cultures, CBI jurisdictions are often within the Occident’s common law or civil law systems where the rule of law is sacrosanct and not subject to preferential treatment based on clan and family connections and that, as such, those sorts of expedients are unacceptable lest the programmes be discredited.

Discourage and/or discontinue the use of incentive-based pay through commissions for sales of CBI services. This practice creates a moral hazard where ambitious and often junior level staff will lie, shade the truth, or try to get around the letter and spirit of the CBI rules in order to close a deal and collect a commission. The use of commissions for successful applications is a recipe for disaster and a ticking time bomb.

#6 – Write emails as if the world is watching (because it is)
Write all documents and emails in a manner which, if exposed through a data leak, can be defended both from a moral and legal perspective. In other words, write emails and documents with the thought in mind as to whether or not what is written would stand up to public and legal scrutiny if exposed through theft.

Today, all practitioners in the CBI sector ought to be thinking that their internal communications and records could end up in the public domain.  Following recent events in the offshore sector referenced earlier, this is not a far-fetched idea. Thus, in all documents, stress legal compliance over sales.

The CBI industry is only now beginning to face the pressures and scrutiny that offshore practitioners have lived with for over two decades. CBI companies have a chance to learn from our experiences and I hope this article will go somewhere towards preparing them for the battle ahead.