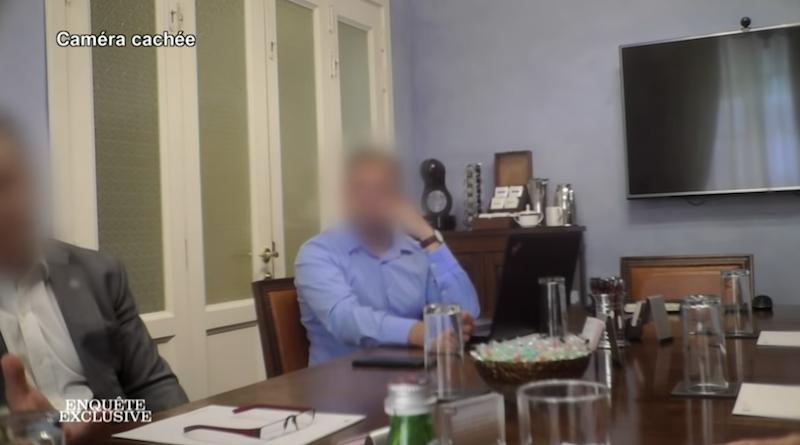 An official notice on MIIPA’s website states that “The Malta Individual Investor Programme Agency has suspended the licences of Chetcuti Cauchi Advisors Ltd, holders of licences IIP 001 and IIP 124, until further notice.”

Jonathan Cardona, head of MIIPA, did not respond to IMI’s request for comment on the matter today.

As part of a 73-minute episode of Enquête Exclusive on France’s M6, journalists posing as potential investors in Malta’s citizenship by investment program, the Malta IIP, meet with representatives of Chetcuti Cauchi Advocates, in which the firm’s principal appears to make incriminating arguments.

Dr. Jean-Philippe Chetcuti, Global Managing Partner of Chetcuti Cauchi Advocates, made the following, brief statement to IMI: “The footage aired on the French TV Station amounted to a gross misinterpretation, misrepresentation and incorrect translation of our representative’s words. The firm categorically refutes the allegation in its entirety. We look forward to the successful completion of the MIIPA’s review.”

In a subsequent communication, Chetcuti elaborates.

“A lawyer’s job includes making appeals from decisions of court and administrative authorities, under administrative law, constitutional law, irrespective of whether the citizenship programme itself provides a clear appeal path.”

Where is the alleged influence peddling?

The undercover reporter comments to the firm’s principal that “votre collaborateur me dis que vous connaissez très bien le ministre en charge du programme” (“your colleague tells me you know the minister in charge of the program very well”), to which the principal the responds that he knows the person in question because of a previous working relationship (“he used to do our litigation”).

The video then cuts to another clip in which the principal explains that his wife is a childhood friend of Julia Farrugia Portelli, the Parliamentary Secretary for Reforms, Citizenship and Simplification of Administrative Processes. The advisor goes on to illustrate that on a small island like Malta, it’s not abnormal for most people to know each other, using the example of his having gone to school with the Prime Minister and being driven in the same car as the Prime Minister by his father.

The remainder of the clip is inaudible, due to the French tendency of dubbing rather than subtitling foreign languages, but the narrator states that “l’homme va plus loin; il affirme être en mesure d’obtenir le ré-examen de dossiers rejetés” (“The man goes further; he claims to be able to obtain re-examinations of rejected files.”

This last phrase is crucial.

If the advisor did, in fact, claim that he can get cases reopened on the basis of friendships, that is a serious matter. But in the video, he is at no point heard making such a statement. There is no videographic evidence to indicate he ever said those words. We have only the reporter’s testimony that he did, but no evidence whatsoever. Francophone readers are encouraged to watch the clip and judge for themselves.

In any case, it does not appear in the video, which is questionable considering it would be the most damaging statement. Why cut out the key phrase from the clip? That doesn’t make much sense. Unless, of course, the clip never existed in the first place.

What did Chetcuti Cauchi’s representative say that warranted a suspension of his firm’s license? That he and his wife happened to grow up together with individuals who later entered politics and have remained friends with people they knew since their school days?

This is the third case in the last twelve months of an investment migration service provider coming under scrutiny after hidden camera exposés. See: UK Undercover Reporters Show Shortcomings in Home Office Tier 1 Vetting That Industry Has Repeatedly Warned of in the Past and Harvey Speaks Out on CBC’s QIIP Investigation: “It Helped Our Business, Believe it or Not”.