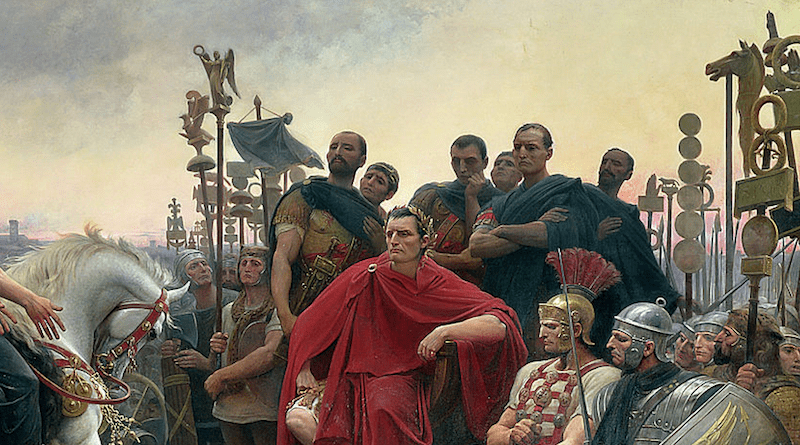 It was a couple of years back, during an investment migration expo in Jordan, that Mohammed Asaria, Co-Founder and Vice-Chairman of Range Developments, asked the attendees an intriguing question while giving a speech; “Does anyone here know what country offered the first citizenship by investment program?”

I believe that, like myself, most of the attendees’ thoughts went directly to St. Kitts & Nevis. Anyone who’s spent any time at all doing citizenship by investment would have heard that factoid. The answer though, was quite surprising; “Ancient Rome,” said Mr. Asaria.

At the time, I saw it as just a curious fun-fact. A tool to break the ice and ease into the remainder of his speech. I was relatively new to the investment migration industry back then and I took little note of it.

Years passed by, and I grew into the industry a bit more. I saw the good and bad sides of RCBI. I fell in love with investment migration, a niche industry full of potential and, dare I say, adventure. The sky was the limit; opportunities abundant; challenges galore.

Recently, I was reminded of the anecdote while watching a documentary series on the life of Julius Caesar. Rome did offer the first form of citizenship by investment. What I didn’t know was that Caesar himself had introduced the reform and, more crucially, that it was popular.

Rome, the state that saw itself above all others and that called non-Romans barbarians, had seen the value and potential of investment migration. I wanted to learn more about the history of Rome’s CIP, and see if we couldn’t glean some lessons applicable in the modern era.

Dr. Christian Kälin, who most of us know for his chairmanship of Henley & Partners, also happens to have a PhD in Citizenship Law and has studied its history extensively. He also wrote a book about it.

“In Rome,” writes Kälin, “people were made Roman citizens for ‘great acts in the service to the community’. A famous account of this can be found in the Bible where, during the arrest of St Paul, the Roman commander referred to his acquisition of Roman citizenship by investment:

“The commander came and said to him, ‘Tell me, are you a Roman?’ And he said, ‘Yes’. The commander answered, ‘I acquired this citizenship with a large sum of money’. And Paul said, ‘But I was actually born a citizen.’”

St. Paul, it appears, was the Vera Jourova of his day.

Quid pro quo
“Roman jurists,” explained Kälin in a presentation from last year, “developed citizenship as a legal status with various public and private rights and obligations. In ancient Roman political theory, the State was understood as a community of citizens whose identities were very soon not necessarily linked to their place of residence. […]. The Roman Republic also began to develop a relatively flexible naturalization process, so that new subjects could very quickly be integrated into the Roman Federation and remain colonially loyal. During the Imperial Era, this cosmopolitan character of the Roman civil right was further extended, with Roman Emperors granting citizenship for extraordinary acts of value to the State.”

More than 2,000 years ago, then, the Roman empire set the standard for how the concept of citizenship was perceived; flexible, obtainable via contributions, and not necessarily linked to residence.

Now, of course, it’s a different story. At some point between 40BC and today, people started imbuing citizenship with a sense of emotional attachment in addition to its strictly practical attributes.

The investment migration industry is under constant scrutiny and criticism. I am here to state it loud and clear; it should not be.

See also: 6 moronic objections to investment migration (and how CBI/RBI is improving the lives of millions)

Immigration as a whole is, no doubt, a touchy subject. Nevertheless, a distinction must be made between immigration and investment immigration because, while the former can be good or bad depending on particular circumstances, the latter is one of the greatest opportunities any state on this globe could have and an unequivocal benefit.

Investment migration does not attract slackers, hoodlums, nor the malevolent; it attracts the exact opposite. Investor migrants are the most successful, brightest, and effective people of the community. They provide innovation, economic growth, and community enrichment. If a country were told that Steve Jobs wanted to become a national of theirs, would they not leap at the chance? Why is it then, when bundled on a mass scale, that the investment migration industry is criticized for doing exactly that?

The industry is in need of rebranding. We need to highlight what it is we offer. We offer job creation for targeted employment areas. We offer a gargantuan influx of (unencumbered) funds into government treasuries. We offer innovation and ingenuity. We offer precisely those things that every government in the world is explicitly trying to engender.

This industry, this wonderful, strenuous, mindboggling industry, should take the next step in becoming a community with a common message; we provide the best; and only the best.

Now is the time to do so. As more routes of investment migration open, what was once a niche market is growing in size and variety. There are now options not just for the ultra-rich, but for those who have skills and experience to offer as well.

Many countries such as Canada have already perceived the potential; a new Canadian pilot program for entrepreneurs seems to be announced every other month. The population has taken note as well, with more than 75% of the population favoring more skilled immigration. They comprehend the benefit of obtaining the best another country has to offer, and they are all out to get it.

It is time to showcase what this industry could provide. Investment migration is the best friend of countries that want to get their pick of the litter of the world’s elite. See: Tajick: The RCBI-Industry’s Role in Shaping the New Global Economy

It has another positive side to it as well: it acts as an incentive for countries that normally see their elite leave for another state to work on enhancing their own status. No country wants to lose the best potential it has. Investment migration acts as a reminder: Aim high and work on providing an environment that will entice those you the need most to stay, and encourage the most desirable foreigners to choose you over others.