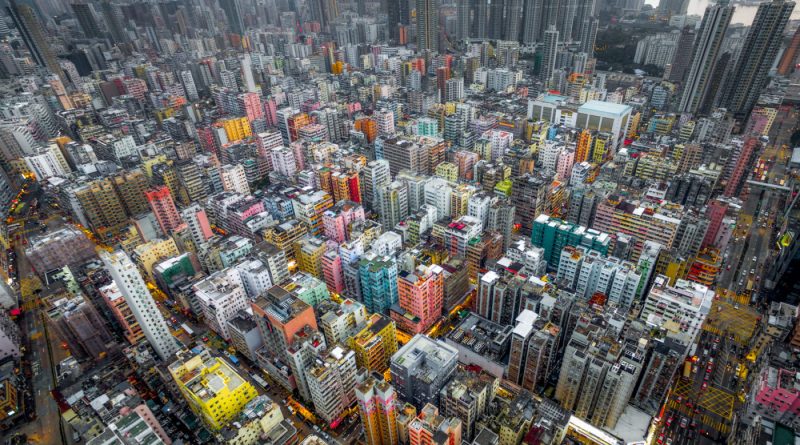 Researcher Stephane Tajick explores the near-to-medium term future of the RCBI-market, and tries to predict the industry’s role in the new global economy.

Pretty much all advanced economies  – as well as several large emerging countries like China, Brazil and Russia – have extremely low fertility rates. The global fertility rate is below 2.5 today and is dropping precipitously.

Among the more salient consequences of plummeting birth rates is the increasing scarcity of human capital, which is to say that, all else being equal, human life will gain in value.

The premium that a global market already puts on talent will continue to surge, as will the competition among advanced countries to attract them. The greater the talent, the more fervent the competition to woo them.

The RCBI-industry will play a pivotal role in this competition, acting in the capacity of a talent-broker of sorts. As this publication’s editor has noted on several occasions, the investment migration industry effectively punishes repressive and illiberal governments, and rewards those that offer liberty and fair treatment by, respectively, depriving them of or supplying them with productive individuals.

Our industry is, in part, limited by the extent to which we are able to maximize the output of each new immigrant. How can an “imported” engineer start producing to potential as soon as possible? How soon can an entrepreneur engender economic activity and employment?

The industry and governments will need to work hand-in-hand to improve both the pre-landing (soliciting and selecting the right candidate) and post-landing (optimizing the time and effort foreigners spend adapting to their new environment). As both these processes improve in efficiency and reliability, the immigration industry is set to grow, both in terms of revenue and importance to the world economy.

Our line of business will have a growing part to play in not only national but also local policy. It will increasingly distance itself from immigration policy and get closer to economic development policy. The cost-benefit relationships of residence and citizenship schemes will receive more focus from governments in the future, with an eye to optimizing their economic impact.

While citizenship by investment will remain in the realm of national policy,  residency by investment will become the subject of city-based policy. Because immigrant investors and entrepreneurs chiefly flock to global hubs, cities may individually customize policies to either attract or repel wealthy foreigners.

CBI has already turned into a buyer’s market, with the supply growing faster than the demand. The significant drop in price during recent years coming from the Caribbean signaled a strong shift towards consumer gains. 2017-2018 already looks like a record year for CBI in the Caribbean, and the region-wide discounts have led to an explosion in demand. At US$100,000 cash, Caribbean passports appear to have found an equilibrium.

But with the entrance of Moldova and Montenegro, some fear CARICOM-region programs may further cut prices to retain a competitive edge. EU-adjacent countries have a strategic advantage over the Caribbean thanks to their potential prospect of EU-membership, and possible visa-free travel to the US. Such potential may not be realized for decades, if at all, but, nevertheless, it does provide additional value to Moldovan and Montenegrin passports.

The Caribbean will find it hard to compete against EU-adjacent CBIs. They will need to keep their prices lower, and prices will keep falling as new countries enter the CBI market. As the prices dips six figures, several Caribbean programs may come to contemplate closure.

I expect the EU to assume greater oversight of the CBI-market by virtue of its position as the entity giving primary value to any passport for sale. Even if the competency of the naturalization process rests with member states, we can expect a certain degree of EU oversight in one form or another.

In turn, if the EU finds its way to endorsing the concept of CBI, we could see a normalization of the sector. Small EU countries in poor financial health could request authorization to create a CBI under EU supervision with a time limit or a sunset-clause for discontinuing the program after reaching its economic objectives.

CIPs will become more transparent and opaque programs will be pushed toward the light. Tracking of a program’s economic performances and benefits will be more comprehensive so as to demonstrate the merits of the CBI program. As the EU engages in supervision of its members’ CIPs, criticism is bound to abate. I see the EU engaging more and more with the IMC and discussing ways to mold it into a more robust, transparent and effective industry.