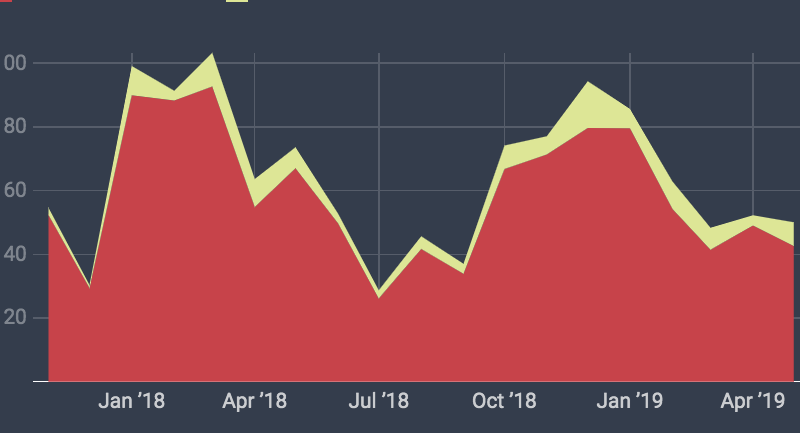 May 2019 figures from Portugal’s Borders and Immigration Service (SEF) reveal a sharp decline in interest in the country’s golden visa program compared to May last year. Overall, both investment and visa approvals are down some 32%.

Compared to April, interest declined only slightly in May; the SEF approved 82 applications (92 in April) and raised EUR 50.06 million (EUR 52.29 million).

Chinese investors accounted for 35 applications; Brazilians, 18; South Africans and Turks, five each; and Russians, two. In the first five months of the year, the program has raised EUR 299 million from 503 main applicants and 931 of their family members.

Read also: The 10 Most Popular Golden Visas in The World Last Year, According to Statistics

Compared to 2018 and 2017, Portugal’s golden visa appears to be plateauing this year, to some extent due to uncertainty about whether the program is a viable route to citizenship for those investors who are only nominally resident in the country.

A perhaps more causal correlation, however, is the sharp uptick in interest for the Spanish, Greek, and Maltese golden visas. Accustomed to holding pole position among Europe’s residence by investment programs, Portugal’s golden visa last year saw itself eclipsed – for the first time since 2013 – by its Iberian neighbor-program; Spain’s golden visa raised more than a billion euros in 2018. Greece, meanwhile, saw 45% growth in revenue between 2017 and 2018, and a 65% increase the year before that.

Read also: Rozakis: The Greek Golden Visa – NOT The Portuguese – Is The World’s Best