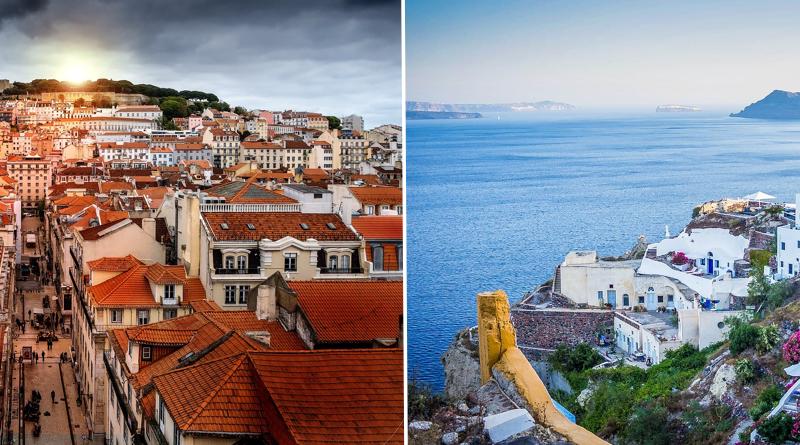 I just read Kianoush Mahhmoudi’s article Why Portugal, Objectively Speaking, Has the Best Golden Visa in the World” on imidaily.com.

The opinion piece is an accolade to the Portuguese golden visa-to-citizenship program, although it is clearly not objective as several of the key points brought forth in the article are subjective.

My personal opinion is that the Portuguese program is popular mainly because of one promise:

The investor can have citizenship without the need of continuous presence in the country. Only by showing up 7 days a year or 14 days every 2 years.

A promise that objectively speaking, is yet to be met, as no such data have been published by the Portuguese authorities.

So, I will try to reply to every statement in the article, comparing with the program that I believe is currently the best in Europe: The Greek permanent residency program through real estate investment.

Such a comparison will benefit the potential investor of any European program.

The fastest and easiest way to EU citizenship among all golden visa programs, and at a low cost.

Portugal recognizes dual nationality and is a fast and easy gateway to EU citizenship. After just five years, clients can apply for naturalization. While obtaining citizenship from, for example, Greece or Spain would require 7-10 years of continued residence, those entering through the PGV need only spend two weeks every two years to qualify.

It’s true that Portuguese naturalization presupposes a knowledge of the language but, fortunately, the level required is the internationally classified A2, which is essentially a beginner’s level of Portuguese. In any case, applicants have a full five years to pick up the language and prepare for the exam.

In the sub-seven figure price range, Portugal is alone among European programs in having a clear path to EU citizenship without a significant physical residence requirement.

Portugal is, in a sense, a compromise between RBI and CBI programs. It’s not as expensive as EU CBI programs – such as Malta or Cyprus – and opens a faster and more guaranteed route to holding an EU passport than any other residency by investment program, with investment requirements as low as EUR 350,000.”

It is true that Greece and Spain require physical presence from the investor. Greek law requires that the investor make Greece his/her home, not just spend a minimum number of days in the country. The reason for this is simple; to ask for citizenship, one should prove that one is a member of the Greek community and belongs in Greece. The law is clear on the matter, offering no false promises.

On the other hand, Portugal’s offer is unclear. The sales reps insist that a minimum of 7 days per year and 14 days every two years is enough to lead to citizenship eligibility.

This contradicts the “Portuguese Nationality Act – Law 37/81”as amended in July 2018 which states clearly in section III – Acquisition of nationality through naturalization, article 6, that:

“The Government grants Portuguese nationality, by naturalisation, to foreigners who have resided lawfully in Portuguese territory for a minimum of five years”.

Objectively speaking, the aforementioned article is in direct contradiction with the main selling point of the Portuguese golden visa scheme, since a minimum of five years of residence is required.

The European commission also shares the opinion that the Portuguese golden visa scheme is not a clear path to citizenship.

Specifically, the report of January 2019 presented by Věra Jourová (Commissioner for Justice, Consumers and Gender Equality) mentions three Member States (Bulgaria, Cyprus and Malta) that grant investors the nationality of these countries without the obligation of physical residence for the investor.

Hundreds of companies can assist with applications for the Greek and Portuguese golden visa programs. Find out which ones by visiting the Residence & Citizenship by Investment Company Directory.

A generous definition of dependents

Children are a chief concern of families who generally apply for a CIP or RIP for the sake of themselves and their children. When children are above 18 years old, the question of which programs permit the inclusion of adult dependents in the application invariably arises.

Whereas Greece, for example, only accepts dependent children under the age of 22, Portugal imposes no such age restrictions. Families may include dependent children up to any age – provided they are full-time students – and, along with the other family members, they can also apply for citizenship after five years.”

Children: Greece accepts children up to the age of 21 and, when they reach 21, they can extend to 24. After the extension, they can also have a work permit in Greece. After 24 they need a reason to ask for further extension. An example of such a reason would be that they are students at a Greek university.

In Portugal, the definition of dependents is generous because it is also unclear. There is no age limit or there is an age limit for children 18-24; not clear. In any case, the children need to fulfill these three criteria to be included: They must be unmarried, must be full-time students, and/or must be unemployed. If they get married or start working or finish thheir studies, they cannot continue to be residents.

Parents: In the article, there is no mention of the parents of the investors. In Portugal the parents must also be dependent to be included. But it is not easy to find the definition of dependency and how to prove it during the application process.

See also: Paul Girodo: Golden Visas May Be On Their Way Out – Here’s What Will Replace Them

In Greece, there is no limit of any kind for parents. No age limit, no need for dependency.

From my experience in this sector, these programs mainly address HNWI. It is highly unlikely for the investor parents to be financially dependent on their children.

A golden visa that has historically paid for itself, and then some.

Unlike many other RCBI-schemes, the PGV does not ask applicants to permanently part with their capital in the form of nonrefundable contributions to the government. Applicants need merely invest in property, an income-producing asset with potential for capital appreciation.

While there’s never any guarantee that an investment will pay off, early PGV participants have reaped spectacular gains from their real estate investment; Portugal’s housing index shows average prices have increased by nearly 40% since 2013. An EUR 350,000 investment in 2013, in other words, would be valued at close to half a million today.”

Both Greece and Portugal suffered from a serious financial crisis that affected significantly the property market.

Portugal recovered faster than Greece. Which means that property prices are already high. Almost 40% higher than 2014.

Properties in Greece started recovering only last year. And the price drop from the crisis reached almost 50%. The prices are still low but coming up fast, which provides the investors with a unique opportunity. They can invest now in Greece and still benefit from the low prices, while in Portugal they will be buying in already high prices, giving them less room for high yields.

The short-term rentals industry is booming and benefiting highly from this trend. Properties in the center of Athens make returns that can even exceed 10% annually.

Portugal’s tax regime is one of the EU’s most favorable, for residents and citizens alike. For example, citizens or residents of Portugal who are not tax resident (spending less than 183 days a year in the country) are exempt from almost all foreign source income tax. There’s also no inheritance, gift, or wealth tax.

As a consequence, wealthy individuals and their families, whether seeking to obtain Portuguese nationality or not, can benefit tremendously from what the country has to offer in terms of wealth and tax planning, as well as for a successful transition to the next generation.

In addition to the abovementioned benefits, Portugal has introduced a special tax regime for non-habitual residents, that makes it an even more attractive destination for non-EU nationals. The NHR regime is available to individuals who have not been tax resident in Portugal for the previous five years but who wish to become tax resident in Portugal by spending more than 183 days a year there.

Under the terms of the NHR, third-country nationals can enjoy low taxes and, in some cases, freedom from taxation in Portugal altogether for a decade. The PGV and the NHR programs are legally compatible, and a non-EU national can therefore simultaneously make an application to both schemes.”

Greece’s tax regime for foreigners is the same as in Portugal. There is no tax to be paid by foreigners, except for the income they create in Greece.

Also (in Greece) there is no capital duty or wealth tax. The investor may register unlimited number of assets without restrictions. The investor can freely open companies and bank accounts.

Depending on the origin country of the investor, this point might also be insignificant. A large number of investors come from countries where the tax system is way more favorable than the European system. They are not really interested to create wealth and be taxed accordingly through a golden visa scheme in a European country.

Most investors are only interested in having visa-free access in a European country, a safe exit for all family members if something happens in their country of origin.

Unlike many other RCBI-programs, the PGV is not one to which applicants, by and large, apply just in order to enjoy visa-free travel advantages and other fringe benefits; Many investors enjoy the place so much that they end up staying permanently, raising their children, and retiring in the country.

According to a ranking published by the Institute of Economics and Peace in 2017, Portugal is the third safest country in the word. Expat Insider ranks Portugal as having the best quality of life in the world.

Along with an exquisite shoreline dotted with beaches, a pleasantly mild climate, delicious food and famous wine, the factors pushing Portugal to top the charts include welcoming locals, and a low cost of living in comparison to other Western European countries.”

There is no doubt that Portugal is a beautiful Mediterranean country. So is Spain, Greece, Cyprus etc. All these countries enjoy similar characteristics: Mild climate, good food, low crime rates, hospitable people and many more.

In addition to the above, the Greek residency program through real estate investment has an objective advantage over the Portuguese one in the following points: