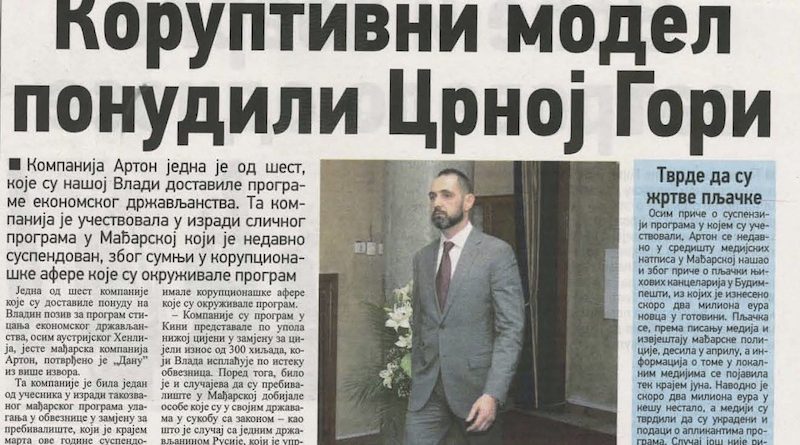 The article acquaints the Montenegrin public with stories Arton has categorically denied as false, such as reports that EUR 1.9M in cash went missing following a burglary of their offices in Budapest, and the Transparency International report which claimed the Hungarian Bond Programme, which Arton Capital took part in implementing, “did not contribute to the Hungarian economy, but was used to enrich a small number of politically influential people and related companies. The program did not bring investment, nor has it opened new jobs.”

Arton have criticized the Transparency International report, which was prepared in cooperation with the Investment Migration Council, and say they have sued the IMC over what they claim is “false and defamatory information”.

The article also refers to comments made by Henley & Partners, who told Daily Dan their recommendation to the government was still that they should engage a government advisory firm in order to ensure a successful program.

Could it be that the respective consortia – one made up of Arton and IPSA, the other of Henley & Partners, Fragomen, Discus Holdings and Shanghai Overseas – have not given up hope that the government of Montenegro will reconsider their stance and decide to work with professionals after all?

The original Daily Dan article is pictured below: 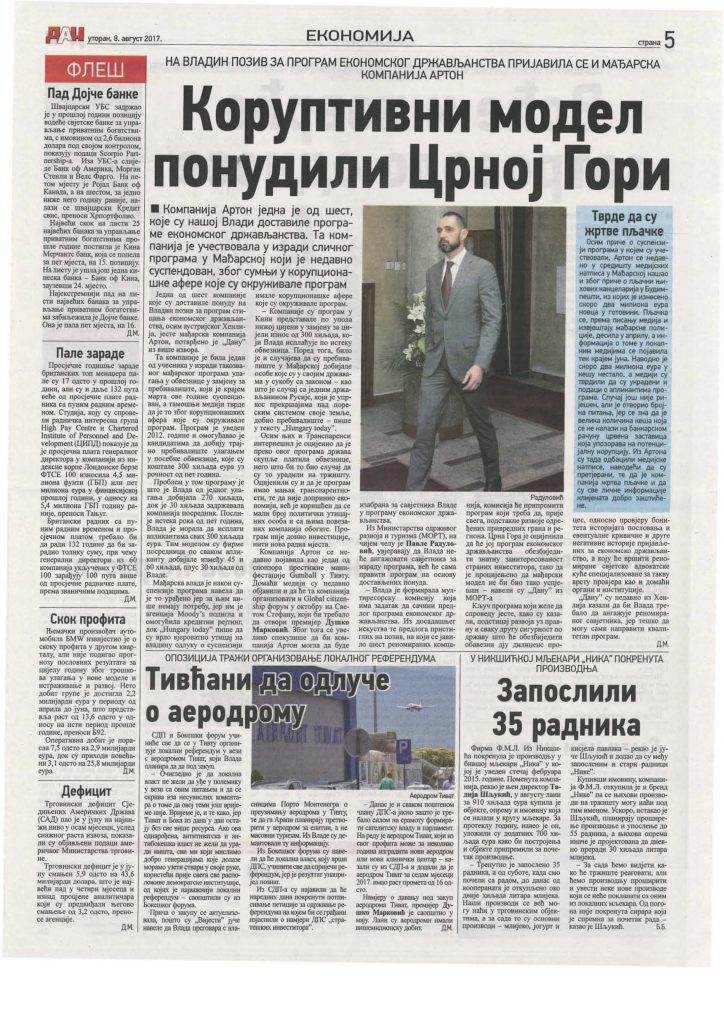