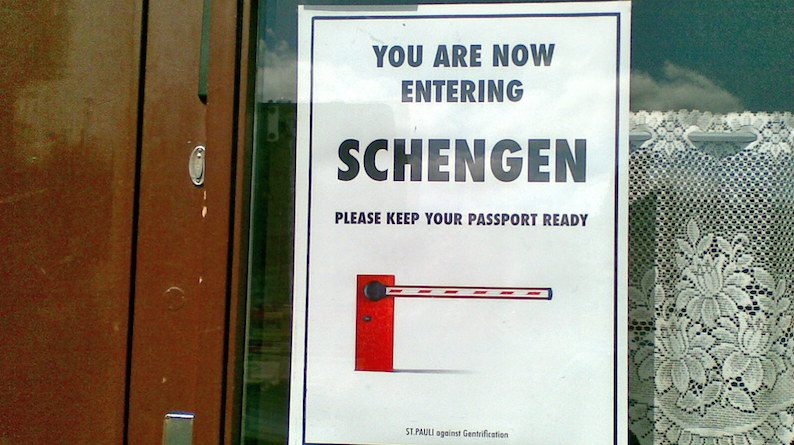 “We, Members of the European Parliament, are writing to express our concern about the visa waiver program that the EU currently has with St. Kitts and Nevis,” write MEPs Ana Gomes and Marietje Schaake in a letter addressed to the Presidents of the European Council and the European Commission, as well as to four other top EU officials.

As a pretext for recommending the drastic action, the authors refer to a case in which Andrei Pavlov, a Russian suspected of involvement in the so-called Magnitsky scandal, enquired about – but, as far as is known, never obtained – citizenship by investment in Saint Kitts & Nevis. Pavlov claims not to have gone through with any such plans.

The authors further cite the cases of Jho Low – currently wanted in Malaysia for alleged embezzlement related to the 1MDB-fund debacle – and Ali Sadr, a banker of Iranian origin who obtained citizenship by investment in Saint Kitts in 2011 and who is currently awaiting trial for a variety of charges including money laundering.

“We urge you to consider terminating the visa-free status program with St. Kitts and Nevis unless their authorities can provide full confidence that individuals, such as Mr. Pavlov, are not slipping through the cracks, allowing them access to the European Union,” conclude the authors.

Out with the bathwater

The practical effects of what the MEPs are proposing would be nothing short of ruinous for the economy of Saint Kitts & Nevis. CBI-funds account for some 15% of GDP and nearly half of government revenue in the tiny archipelago.

Let’s note that while both Low and Sadr did obtain citizenship by investment in Saint Kitts & Nevis, neither of them were the subject of any criminal proceedings at the time of application. Furthermore, in Jho Low’s case, Saint Kitts has since revoked the citizenship.

Stretching to build a case

The foundation on which the argument of Gomes and Schaake rests, then, is:

I fail to see how the inability of the Saint Kitts CIU to predict future crime is somehow an indictment of citizenship by investment as a whole. Nor are CIUs to blame when obviously ineligible applicants enquire about the possibility of obtaining a passport.

See also: CIUs Can’t be Expected to Reject Applicants Whose Alleged Crimes Are not Yet Known

In its 35-year history, the Saint Kitts & Nevis Citizenship by Investment Programme has naturalized more than 16,000 individuals, a single-digit number of whom have later turned out to be crooks.

Compared to all other categories of immigration, that is an admirable statistic.

No immigration category can ever be 100% devoid of risk, but CIPs are as close as you’ll get to that objective. All classes of immigrant – from overseas students to mail-order brides – contain a subsection of undesirables, to a greater or lesser extent. What sets the CIP-category apart is that the ratio of bad apples to productive, peaceful individuals is microscopic.

Save for a negligible number of exceptions, virtually all CIP-investors cause no trouble, pay taxes, invest, and create employment. In brief, they represent a net gain for the society of their chosen destination. Why should they be punished for the actions of a handful of white-collar criminals? More to the point; why should native Kittitians suffer? And why attempt to put an end to billions in legitimate investment in low-income Caribbean countries to stop two or three potential money-launderers from “slipping through the cracks”?

In an analysis of 48 individuals involved in terror attacks in the United States between 1993 and 2001, the Center for Immigration Studies found that, at the time they committed their crimes,

“16 of the 48 terrorists considered in this analysis were on temporary visas (primarily tourist visas); another 17 were lawful permanent residents or naturalized U.S. citizens; 12 were illegal aliens; and 3 of the 48 had applications for asylum pending.”

We do not consider the elimination of student visas because some pilot-in-training may secretly be planning to fly a plane into a skyscraper; we do not amputate the legs of patients with toe-nail infections; the mere suggestion would be absurd and, indeed, I only mention it to illustrate the absurdity of the letter authors’ request.

See also: While EU Worries About Handful of CIP Investors, Millions Get Non-CIP Citizenship Without Vetting

Dedicated criminals have no shortage of immigration categories from which to choose. Why would they pick the one category where a file of their personal and financial history passes through the hands of Interpol, the international intelligence community, and local law enforcement? You’d have to be a pretty slow-witted scofflaw to engage in such foolhardy affairs, particularly considering that simpler, faster, and cheaper entry routes abound.

All this is to point out that citizenship by investment is the last category of immigration about which to be alarmed. Anyone genuinely concerned about criminal elements entering Europe who at the same time puts citizenship by investment at the top of their list of menaces to forestall must be presumed innumerate. And judging by the pension schemes they’ve negotiated for themselves, MEPs are anything but.

I, therefore, can’t help but ask: Is a genuine concern for the security of Europe what really motivates this petition?

We may have the answer to that question before long; in a case of keeping your friends close and your MEPs closer, the Investment Migration Council has invited Ana Gomes to attend their annual forum in Geneva next week.