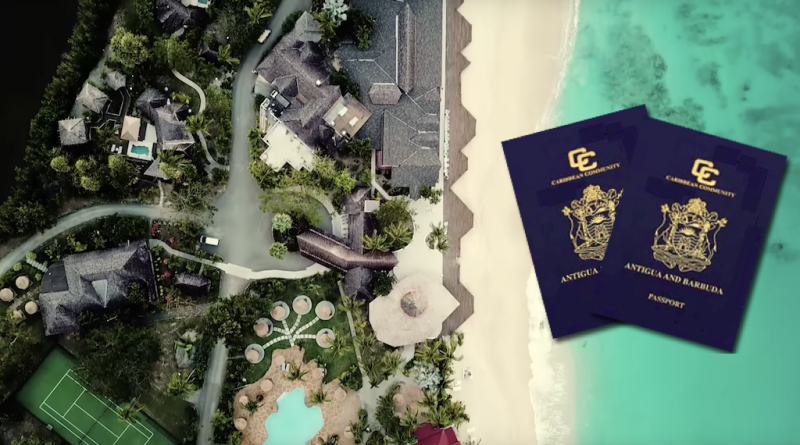 The Antigua & Barbuda CIU came under fire this week after revealing they had granted citizenship to a man – wanted by Indian authorities over an alleged fraud case – months before any suspicion was raised. That’s unreasonable.

Indian businessman Mehul Choksi stands accused of defrauding the Punjab National Bank of Rs 12,600 crore (some US$1.8 billion) and has been wanted by Indian authorities since January 31st. Choksi, meanwhile, is in Antigua, where his application for citizenship under the country’s citizenship by investment program was approved in November 2017.

For background on this case see Due Diligence Blunder? Indian Billionaire Wanted for $2Bn Fraud Gets Antigua Citizenship and Indian Investigators Ask for Choksi’s Whereabouts, Antigua Govt. Will Cooperate “Within the Law”.

The case has stirred up a media storm in India and the Caribbean. The Indian Central Bureau of Investigation (CBI) call it a due diligence failure on the part of the Antigua & Barbuda Citizenship by Investment Unit (CIU). Op-Eds in the country’s largest newspaper are calling for an investigation into the due diligence procedure. Opposition politicians in Antigua demand an end to the program.

But, as far as we are able to discern, the Antigua & Barbuda CIU did nothing wrong.

Its due diligence process did not fail when it cleared Choksi for citizenship because, at the time of approval, the crimes for which he is accused were as yet undetected.

You cannot reproach the Antigua CIU for approving applicants who later become criminals. Since the alleged fraud case was not known to anyone at the time (except for, presumably, the alleged perpetrators), Mehul Choksi was not, for all intents and purposes, a criminal in November 2017.

If anyone is to blame at all, it’s not the CIU, but Interpol

Now, a non-bailable warrant from 2016 had been issued by the High Court of Karnataka in a separate matter, information that would have been shared with Interpol in the event of an information request. The Indian CBI insists Interpol did not send them any requests for information on Choksi. If we presume that’s true, it’s still not the Antigua CIU’s fault, but that of Interpol. The CIU’s responsibility is to request information on the applicant from Interpol, who in turn is responsible for conducting the requisite checks with the respective nodal police organizations.

And even if the Indian CBI had received a request for information from Interpol, the alleged PNB fraud-case would not, in any case, have come up as it was only brought to the attention of Indian law enforcement on January 31st.

We also don’t know, by the way, that the accusations are true. Choksi has categorically denied the allegations against him. The man has a right to be presumed innocent until his guilt is proven beyond a reasonable doubt, after all.

In an open letter to the CBI, Choksi has said he cannot travel because he is recovering from cardiac surgery, that he is a victim of “trial by media” (which he appears to be), that Indian authorities have unlawfully seized his assets and closed his businesses, and that former business relations are now threatening the lives of himself and his family.

Furthermore, if Indian authorities want him to return to the country for questioning, why did they revoke his passport after he left the country and before they learned he had acquired an alternative passport?

David Dorsett, the Antiguan lawyer communicating with the CBI and the press on Choksi’s behalf (a proxy for Choksi, you might say) has confirmed to the Times of India that his client remains in Antigua.

The CBI has said it contacted Antiguan authorities on Tuesday to ascertain Choksi’s whereabouts. Antigua’s Minister of Foreign Affairs and Immigration, meanwhile, says his government has received no such message.

“However, if a request is received we will honor any legitimate request made of us notwithstanding that we do not have any extradition agreements with India. That is the extent of our commitment to preserving the integrity of our programme,” the Minister told Antigua Observer.

PM believes there are grounds for revocation

Antiguan Prime Minister Gaston Browne has said he is prepared to cooperate fully with Indian authorities on the matter, but that the CIU and his government had done nothing wrong when approving Choksi as no derogatory information on the applicant had been registered online and that the alleged fraud case only surfaced after the approval.

“My government will cooperate fully with the India government. So on the basis that there are grounds for revocation [of citizenship], which I believe there are, certainly we would proceed with the revocation, but that in itself also must go through due process,” Browne told Indian reporters in an interview.

He also emphasized that his government had still not received any requests for extradition or cooperation from Indian authorities and that Antiguan authorities will take a measured approach since they are still not aware of all the facts.

Browne is correct in responding to the situation by not rushing to any decisions because Choksi has not been convicted of anything and may very well be the victim of a politicized and public prosecution, in which case Antigua has a duty to protect his rights.

He also correctly points out that this is not a case of due diligence failure on the part of the CIU.

We should always demand that CIUs conduct thorough vetting, err on the side of caution, and go to great lengths to prevent undesirables from obtaining citizenship.

But demanding they predict future crime is a bridge too far.