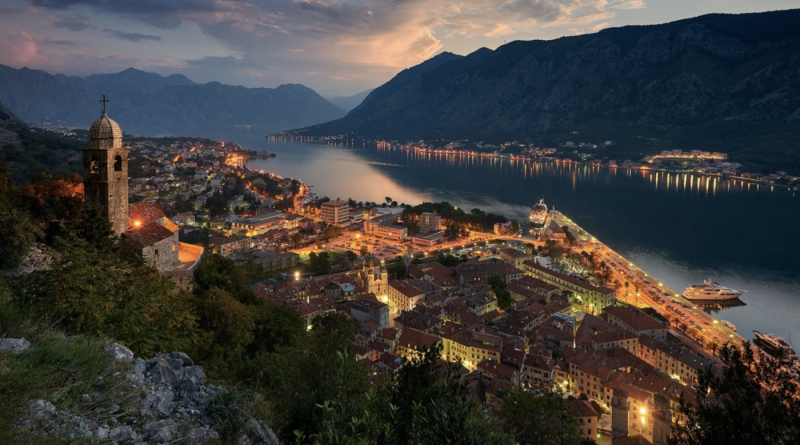 The government of Montenegro has this evening announced in a press release that the country will be opening its long-awaited Citizenship by Investment Program by October 1st this year. The minimum investment is set at EUR 250,000, but with an additional government fee of EUR 100,000 per application.

Half a million euros for Montenegrin citizenship

At its 87th session, chaired by Prime Minister Duško Marković, the Government of Montenegro reviewed and adopted information on the program of acquiring Montenegrin citizenship by admission on the basis of a special investment program and instructed the relevant institutions to make all the necessary assumptions so that the program could begin to apply 1. October 2018.

The program of economic citizenship will be available for up to 2,000 applicants from non-EU countries during a limited period of three years.

The government will, in addition, charge a fee of up to EUR 100,000 per the application. The compensation will be directed to a special fund for the development of underdeveloped areas.

The program will be managed by a special government agency that will engage pre-approved marketing agents. Marketing agents will be in charge of successful promotion of this program and of attracting interested investors. The Government will also engage renowned due diligence agents specializing in checking the interested applicants as well as one of the renowned audit firms/legal advisors to carry out all the other necessary checks on the interested candidates.

The government expects this program to lead to an increase in economic activity and capital movements.

The Government adopted a Decision amending the previous Decision on the Criteria for Determining the Scientific, Economic, Cultural and Sporting Interest of Montenegro for the acquisition of Montenegrin citizenship by admission.

Montenegro will thus be the fourth European CIP after Cyprus, Malta, and Moldova (Bulgaria and Austria – while often marketed as such – are not strictly speaking CIPs) and enters the market at a price point considerably higher than its most natural competitor – Moldova – which offers citizenship for a contribution of EUR 100,000 for a single applicant (see: Details Emerge on Moldova CIP: Donations to Start at €100,000, Soft Launch Next Month).

In contrast to most other citizenship by investment programs (CIPs), that of Montenegro is not designed and implemented by government advisory firms but, rather, homegrown.

Montenegrin authorities had initially extended a public invitation to bid for the contract to design and implement the program – a tender to which several consortia of well-known industry firms including Henley & Partners, Arton Capital, IPSA, Fragomen, Shanghai Overseas, and Discus Holdings handed in proposals.

In October last year, however, Montenegrin authorities revealed via email to Investment Migration Insider that they would be designing their program in-house rather than contracting with a government advisory firm (see: Montenegro to design citizenship by investment program in-house, wish to avoid Hungarian model, says Ministry), in a move criticized by some industry observers.

The “pre-approved marketing agents” mentioned in the press release will, sources familiar with the details inform us, include most of the original tender participants.

Montenegro a “classic target for the benefits of CBI”

Juerg Steffen, COO of Henley & Partners and a man who has taken a lead on many of the firm’s government advisory engagements, stated in a separate press release that his firm welcomed today’s announcement, adding that “Henley & Partners is looking forward to working with the Government of Montenegro to make this program a success story for the country. With Moldova and Montenegro, these two new attractive European programs will significantly diversify and expand the global citizenship-by-investment market which our firm is proud to lead.”

Applauding the positive developments and growth in the investment migration market in recent months, Steffen said he was delighted to see further diversification in the citizenship by investment industry.

“A relatively new investment class needs constant development to effectively embed itself within the universe of potential options available to investors. Montenegro is a classic target for the benefits of CBI. This program has the potential to create a series of genuinely significant liquidity injections into the economy, both in themselves and as pathfinders for more strategic investments that can help modernize and diversify the Montenegrin economy. This means a better life for all Montenegrins.”

Montenegro is the second CIP this month to formally announce an official opening date for 2018.

“The CBI industry is maturing. There is both a growing demand from investors for European options, just as developing European sovereign states understand the potentially transformative value of effectively managed CBI programs,” added Steffen.

Armand Arton, head of Arton Capital – one of the original bidders for the Montenegro CIP tender and now one of the marketing agents for the program – commented in a press release that “investing in Montenegro is a great opportunity that has just got even more desirable”.

Arton’s press release further explained that “What makes the program even more attractive is its application speed, which allows permanent residence status within 3 weeks- without undermining thorough due diligent processes. Citizenship is then granted within a period of 6 months as permanent residents.”