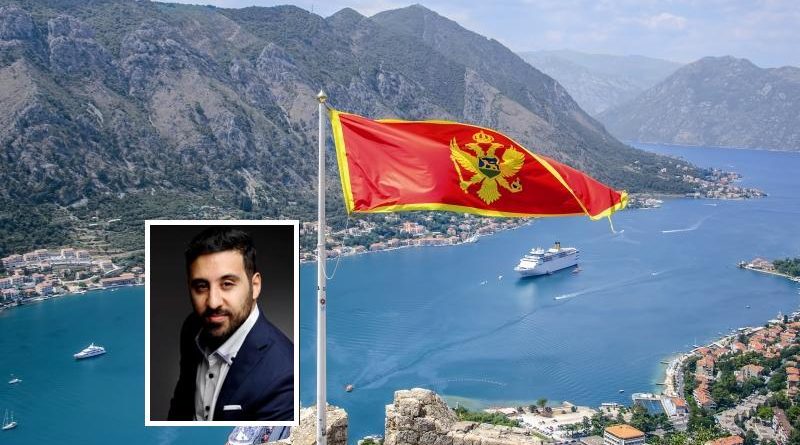 There has been a swift increase in Citizenship by investment programs the last few years: Antigua & Barbuda, Cambodia, St Lucia, Vanuatu might be joined by Georgia, Moldova, Montenegro and Turkey in the near future.

We turn our attention to Montenegro as its been attracting special interest of late. The Ex-Yugoslavian nation currently doesn’t allow dual citizenship unless in the case of a bilateral treaty, but logic dictates that the law will be amended to permit the applicant to the program to retain its previous citizenship. Montenegrin passport enables visa free travel to EU (90 days within any 180-day period in the Schengen Area), other influential countries includes Brazil (90 days) and Russia (30 days).

Montenegro might also face competition from Moldova and Georgia, as both are flirting with the idea of Citizenship-by-investment program. Montenegro’s main assets would be its future accession to the EU which has widespread support. Montenegro needs to prepare its laws in order to complete the negotiation process; change in Freedom of movement of workers, Intellectual property law and so on.

For EU accession, Montenegro has 33 “chapters” to close and, as of now, only 3 have been closed with few more en route. Nevertheless, the expectation in Montenegro is set to 2022.

That creating a Citizenship-by-investment program will be viewed as unfavorable by other EU countries, like Germany, is possible and may delay proceedings, but Cyprus’ CIP launch in 2002 didn’t seem to harm that country’s candidacy, and they were permitted to join the EU two years later.

Nevertheless, Montenegro ran a citizenship-by-investment program from 2008 to 2010 that did attract some criticism, and the program was suspended. Rumor was that European pressure put an end to it, but this was denied by the Ministry of Foreign Affairs.

Citizenship-by-investment programs usually find their legal basis in clauses of the nationality law of countries that permit naturalization by merit or exceptional contribution, be it for economic, artistic, athletic, scientific or humanitarian reasons.

Many countries – such as Canada, France and Austria –  have exceptional contribution clauses in their nationality law. Very few have regulations governing these clauses and applying for naturalization based on them is highly irregular and can be a long and costly process.

Not too distant membership to EU will increase significantly the value of the Montenegrin citizenship. CBIs offering visa-free travel to the EU are priced roughly at 250,000 USD, while CBIs providing freedom of movement in the EU, like the Cyprus CIP, is priced in the millions.

The prospect of EU-accession would allow Montenegro to steadily increase its minimum investment requirement over the years as the event draws closer and becomes more certain. The country’s favorable tax rate of 9% on foreign-earned income would also be an asset to the program.

In CBI, you really have 2 things to consider; the main one is the travel benefits of the passport and the lesser one would be the residence benefits.

In travel benefits (a good passport) you can simplify the ranking system by classifying those with visa-free travel to the US & EU and those with only the EU. Only one current scheme allows for US & EU: Malta.

Technically, Cypriot citizens should be allowed under the US visa-waiver program due to the reciprocity agreement between the EU and the US, but the US has failed to deliver on this promise, a decision also affecting Bulgaria and Romania. It’s likely that Montenegro would fall into the latter category if it were to join the EU today.

A successful Montenegro program would require strong partnership with the industry and a very thorough due diligence vetting of its applicants. Staying as far away from corruption and scandals and as close as possible to transparency will allow the program to reassure it critics and permit its accession to the EU, which in turn would permit Montenegrin citizenship to grow in value.

Montenegro is facing mounting debt, representing more than 60% of its GDP, and has been struggling with a budget deficit. Citizenship-by-investment is a natural course of action for small nations wrestling debt, and a well run and marketed CBI can generate hundreds of millions a year in direct contributions, and even more in economic impact.

An important aspect of CBIs, overlooked by many, is the flexibility of the programs allowing it to adapt to changing economic environments, in relation to the countries economic needs and the competition posed by other nations.

How to price the different investment options in relation to those changes and how to give better access to preferred applicants is still obscure. Montenegro can potentially hope for actual physical presence from a certain amount of investors, and post-landing economic development plans can also help Montenegro grow its business sector.

What has in the past shut doors on the residence and citizenship industry has been the lack of expertise in proposing plan for real and sustainable economic growth to countries. The likes of Germany and Scandinavian nations do not propose residency-by-investment, never mind citizenship-by-investment, because they don’t see any real economic added benefit to them.

Advanced economies are obsessed with economic growth and job creation and have been angling innovative start-up programs to foreign entrepreneurs. But behind every HNWI, usually, rests a successful business person, someone with a proven track-record of creating growth, jobs and facilitating trade relations between nations. There is potentially tremendous value in having successful foreign business people taking notice of your country and working within its economy.

The Residence & Citizenship industry is still in its infancy when it comes to unlocking the true potential economic benefits of immigrant investor programs and doing so will give strong counter arguments against the stand of governments unwilling to flirt with the idea of opening their doors to rich foreigners.

Business is becoming increasingly global; governments are stuck with the question: so what can you do for us? When, really, the question they need to ask to the foreign investor is: what can we do for you? How can we help you grow your wealth? Only then will governments realize that their interests can be aligned and gain from seeing foreign investors prosper in their own backyard.

President and Chief Advisor at STC