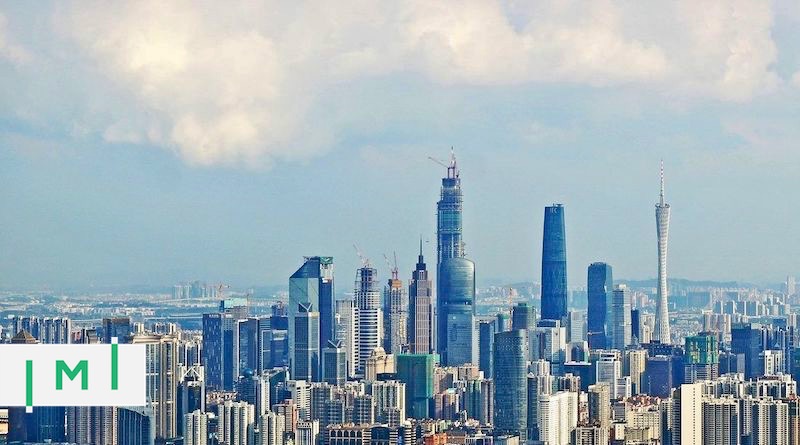 Few firms can afford to ignore the Chinese investment migration market which, for at least 15 consecutive years, has been the world’s largest. The question, for most, isn’t whether they should penetrate the Chinese market, but how they should go about doing so.

The three prevailing models are:

We’ll get into the details of each model in a moment but, first, let’s clarify some of the terminology used for foreign firms in the Chinese market:

Since most foreign companies tend to start out following the B2B model, we’ll describe that first.

Typically, a program firm will find one or several large Chinese immigration companies to partner with (think Globe Visa, EK, or Wailian, for example) so as to quickly get clients flowing to them at volume.

Let’s consider the pros and cons of this model.

Pros of the B2B model:

Cons of the B2B model:

A much less common approach for foreign companies going to China is the B2C model. This involves targeting the same clients as domestic incumbents and competing with local firms on a (mostly) level playing field.

Pros of the B2C model:

Cons of the B2C model:

By institutions, we mean third-party firms that aren’t directly involved in investment migration but which, nonetheless, have clients who need that type of service. Institutions can include China-based wealth managers, tax advisors, family offices, law firms, and so on. They have clients who want alternative residences and citizenships, but don’t have the in-house capacity to render those services.

These firms are content to refer their clients to investment migration firms (whether Chinese domestic ones or foreign program-side ones) and cash an introducer-check without doing any additional work.

Pros of the institutional model:

Cons of the institutional model:

For decades, the big Chinese immigration firms were not overly concerned about B2C competitors of overseas origin because the sector was so strictly regulated. Licenses were very hard to come by even for Chinese firms, to say nothing of foreign ones, and the number of incumbents varied little from year to year. The Chinese titans were comfortable; they enjoyed egregious margins while the government kept new entrants largely at bay.

The first signs that this was changing came four years ago.

The Chinese government had already been gradually liberalizing the market since 2016 by introducing pilot deregulation projects in the provinces of Guangdong (traditionally the designated sandbox for all manner of policy experiments going back, at least, to the Deng Xiaoping years) and Shanghai.

The pilot projects in Shanghai and Guangdong offered but a preview of what was about to happen nationwide.

More or less immediately following the deregulation, the number of immigration consultancies in Shanghai and Guangzhou began to multiply at an astonishing rate. Chinese market researchers found that, in the year from 2016 to 2017, the number of newly registered immigration firms in Shanghai, one of the two deregulated provinces, rose by 71%. The following year, it more than doubled compared to 2017.

So sudden and massive was the uptick in newly registered immigration advisors that the researchers discovered that, by August 2019, nearly half of all existing immigration firms in Shanghai were established within the past year (!).

Before long, the number of firms referring to themselves as investment migration consultancies across the country had mushroomed exponentially, to the point where the researchers now estimate China has almost 30,000 such firms. If you want to understand more details about how this happened, read the conclusions from the original research here and here.

Suffice it to say that the Chinese leviathans now have thousands of new competitors coming at them from every angle, and the government isn’t lifting a finger to stop it.

How are Chinese immigration firms rising to the challenge? Just as foreign firms must choose how to enter the Chinese market, domestic firms must now decide how to adapt to the changing market landscape. The alternative is to perish.

To understand the choices that Chinese firms are making today, we must first consider where they came from.

The conventional Chinese big-firm approach to the market has been to “seize control over incoming traffic” (clients) by controlling the sales funnel, standardizing processing with vast numbers of employees to achieve economies of scale, and generating profits at ludicrous margins. Remember that the bigger you are as a Chinese immigration firm, the better your bargaining position (and therefore margins) vis-à-vis program-side foreign firms. Scaling up, therefore, had the counterintuitive effect of improving margins.

But while margins may have been scandalously high, they were arguably justified by the severe risks these companies were running on a regular basis, such as foreign exchange control risk, headaches associated with filing tax returns in an environment of often opaque sources of income, and general lack of civil rights for successful businessmen.

Inevitably, many Chinese immigration firms have had to operate in a legal grey area. How could they not, when you consider that dual citizenship is not formally recognized and sending more than $50,000 per person out of the country per year is not permitted? After all, it was this very grey area that permitted 57,000+ Chinese to spend more than $44 billion on golden visas in the last decade.

While some may initially have felt pangs of guilt collecting their client fees, 300% profit margins have a way of making principles seem rather abstract.

Now that everything is changing in China’s market, some of the firms that justified these margins with the excess risk they were taking are now feeling the chill of that risk creeping up behind them. Not content to wait for their past to catch up, and hoping to retain fruits harvested in laxer times, quite a few time-honored Chinese companies, whose names you are probably familiar with, are gradually (but quickly) morphing into other types of companies, hoping to end up largely unrecognizable from their former selves.

How can they maintain their high margins?

Some are making a horizontal-integration foray into the financial industry. Others go for vertical integration, attempting to become program-side firms themselves in order to move up in the value chain, a feat few Chinese immigration firms have managed successfully.

More on that in this series: