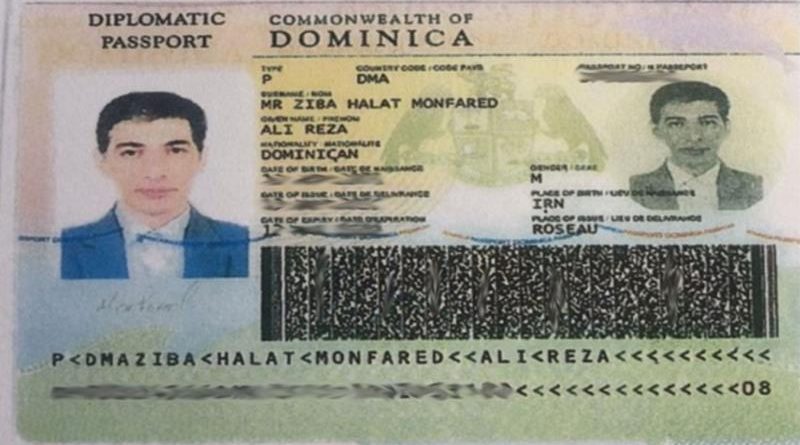 The recent documentary by Al Jazeera, which claims, amongst other things, that the Prime Ministers of Dominica and Grenada sold diplomatic passports to purported criminals and others with questionable backgrounds, makes it clear that this practice, if it exists, must end and end now.

I wish not to go into specifics and charge and countercharge of each case highlighted in the documentary but the fact is that non-nationals, whether through birth, descent, or economic citizenship, have been given diplomatic passports by the governments of these two countries.

Why this was done at this stage of the game, even if for innocent and benevolent reasons, is irrelevant. We all know which proverbial road is paved with good intentions, so even if there were a valid and benign reason why a diplomatic passport was given to someone with no blood, familial, or historical ties to one of these jurisdictions, in today’s world, where the CBI industry is coming under greater scrutiny, this no longer matters.

The negative publicity which this documentary has and will continue to generate and the fall-out in terms of even more attention from international agencies and governments means that this practice will become another black mark against the region’s CBI industry at a time when further criticism is not needed.

But what does this have to do with CBI?
While strictly speaking, any government can issue a diplomatic passport outside of the context of a CBI programme, the fact is that most of the controversies involving said passports originated in the context where an application was made for a normal passport and somehow this was upgraded. Or, the applicant was someone involved in promoting a CBI project. Thus, unfortunately, the two concepts cannot be separated and CBI practitioners ought to be cognizant of the issues involved as discussed in this article.

I don’t purport to understand the minds of Caribbean politicians, especially not Prime Ministers, since I come from a non-independent part of the region. What I do know, however, is that these sorts of own goals need to stop.

The power imbalance between poor Caribbean countries, with leaders seeking foreign investment, and wealthy charlatans of all races, nationalities, and backgrounds continues to be too great and thus our leaders must become more wary of strangers bearing gifts and be more conscious of these issues.

Too many Caribbean leaders and government officials are simply too naïve, unexposed, and gullible to the ways of the world. Many are also greedy, ambitious, pompous, and lacking in integrity despite (or maybe because of) coming from humble socio-economic backgrounds. This goes back to not only their limited experiences often prior to being elected into office but also their lack of exposure to how power is wielded by wealthy individuals and to a basic lack of integrity and common sense.

The fact is that few people come to government officials without an ulterior motive and an angle and too many of the region’s leaders and government officials are not up to the task of playing on the international scene. This is not a criticism but a description of the reality of the situation that we face and is a conundrum that I suppose only time will solve as the electorates of the region become more mature and exposed and better candidates emerge through greater education and experience.

Ultimately, until the body politic of the region becomes more discerning in electing politicians, this problem will persist.

The smaller independent countries just don’t have enough people of the caliber necessary to play on the international scene and until that ends, then the leaders the region produces will continue to make disastrous decisions which will have long term consequences for our development.

This is not to say that some of these same issues aren’t prevalent in larger and wealthier jurisdictions that also engage in the sale of passports and or diplomatic passports. My focus, however, is on my region and how we do things. Others will have to comment on the situation that exists elsewhere but my concern is to ensure that the region puts its best foot forward at all times.

A diplomatic passport ought only to be given to a national, whether through descent, birth or residence, who has deep ties to the jurisdiction and who can properly represent its government and people in a foreign country and international organization. That person must be the epitome of what it means to be a citizen of that country and must command the respect of its people in order to be able to represent them and the nation.

It is both sad and tragic that the region’s leaders still have not learned that using foreigners to represent us is neither beneficial nor wise and – as the former Prime Minister of St. Kitts and Nevis learned the hard way – can cause international embarrassment. I hope that, after this documentary, no other Caribbean leader, especially from a country that has a CBI programme, will ever grant a diplomatic passport to a foreigner even for benevolent reasons.