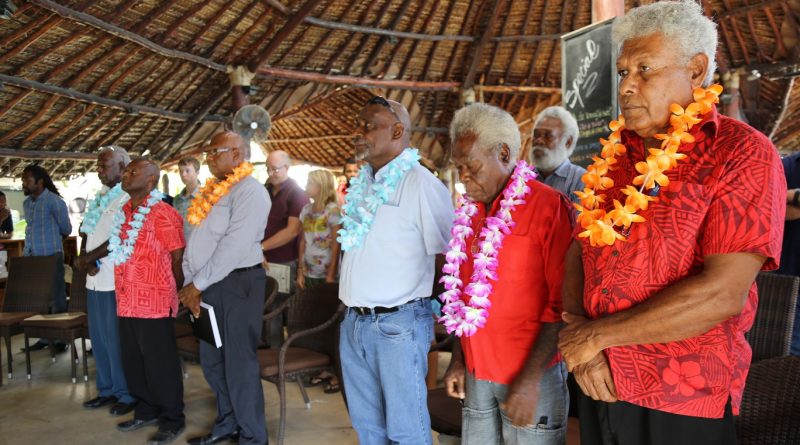 Why do you have two programs with different prices? Are the citizenships honorary or not? And who is Jimmy from Hong Kong?

Out of all the formal citizenship by investment programs, we have found obtaining accurate and timely information on that of Vanuatu to be the most challenging. This, perhaps, has to do with its remoteness. Those with working experience in the country often describe it as a carefree place, far removed from the concerns of the rest of the world.

Be that as it may, no program is an island; the Vanuatu CIP exists within the framework of an international market and, as such, it is accountable to investors and international agents, just like any other program.

See also: Vanuatu Citizenship by Investment Revenue up 280% in 2018: Third of Govt. Revenue Now From CBI

#1: Why do you have two concurrent citizenship programs with different price tags?

We explored this question in detail in an article last year, calling on commentary from experts to makes sense of the apparent conundrum. For those interested in understanding this particular question in depth, please read Why Does Vanuatu Have Several CIPs? And What do They Really Cost?

Briefly put, at different times during the last two decades, Vanuatu has had several citizenship by investment programs, operating with varying degrees of formality. For information on the more informal sales, the Wikipedia entry for ‘Vanuatu Passport” contains some intriguing anecdotes and claims for which this newspaper cannot vouch.

As for formal programs, we count at least four, possibly five;

The IMF says the VREO replaced the CIIP in January 2016, but none of the Vanuatu service providers IMI has spoken to have ever heard of anyone filing an application under this program, and we have not seen any evidence of property investments making the investor eligible for ni-Vanuatu citizenship. Furthermore, the CIIP remains listed on the Commission’s website as a valid route to citizenship, along with the VDSP and the VCP.

The last two programs to launch – the VCP and VDSP – have co-existed for two years now. What are the differences between them? For one, although agents are permitted to promote both programs in the Greater China region, one program (the VCP) is permitted to sell at a lower price than the other in that geographical area.

Another crucial difference is that, according the Vanuatu Citizenship Commission’s official website, the VCP leads to ordinary citizenship, while the VDSP produces an honorary one. More on that later.

But first, why would a single country need two separate citizenship by investment programs in the first place? To answer that question, we first need to answer another;

#2: Who is Jimmy from Hong Kong, and what’s so special about him that he deserves a whole program all to himself?

The Vanuatu Citizenship Commission’s website lists 23 “designated agents” – sometimes referred to as “master agents” – for the VDSP. Curiously, the CIIP – a program the very same website lists as a valid path to citizenship and which the IMF says was discontinued in 2016 – has zero listed agents.

Still more remarkable is that the VCP has one single authorized agent;

The contact person for that company is one Mr. Edmond Toka, whose registered office is in Port Vila, the country’s capital. Mr. Toka is the local representative (only ni-Vanuatu nationals may submit applications) of Hong Kong-registered PRG Immimart. Several calls to the listed numbers of both companies have gone unanswered. These partners were reportedly the source of several hundred citizenship applications last year; you’d think they’d have someone manning their call center.

About PRG Immimart Ltd, we know very little. The company’s website proudly displays its official government concessions, extols the virtues of Vanuatu citizenship, and lists benefits and requirements of the VCP (although, remarkably, no mention is made of the program’s price).

PRG’s website does not, however, reveal anything at all about who its owners or managers are.

Local VDSP service providers and their international partners say the company is controlled by one “Jimmy in Hong Kong”. Nobody seems to know his last name. It would be useful to know exactly who this Jimmy is, and what reason the Vanuatu Citizenship Commission has for granting him his very own, exclusive citizenship program.

Answering this question shouldn’t be hard; citizenships granted under the respective CIPs are either honorary or ordinary. On its website, the Commission refers to citizenships acquired under the VDSP as “honorary citizenships”, while those bestowed through participation in the VCP bear no such distinguishing designation.

Judging by the official website alone, then, one might naturally draw the conclusion that participation in the VCP results in ordinary citizenship while the VDSP-route leads to an honorary one.

That’s right; on the Commission’s official website, one program is listed as honorary while the other isn’t. Why?

Dozens of companies can help you apply to this program. Find out which ones and how to contact them by visiting the RCBI-Company Directory.

In February, one of the VDSP’s international representatives – the Vanuatu Information Centre – shared photographic evidence to demonstrate that the “honorary” designation did not appear on recently issued citizenship certificates and passports, as it had in the past.

The same agent, however, has thus far been unsuccessful in his attempts to obtain any gazetted legal amendments or regulations to confirm that citizenships granted under the VDSP are now ordinary, rather than honorary.

In the absence of evidence of any formal legal changes, prudence dictates that we continue to regard citizenships emanating from the VDSP as honorary, whether or not that word is included on official citizenship documents.