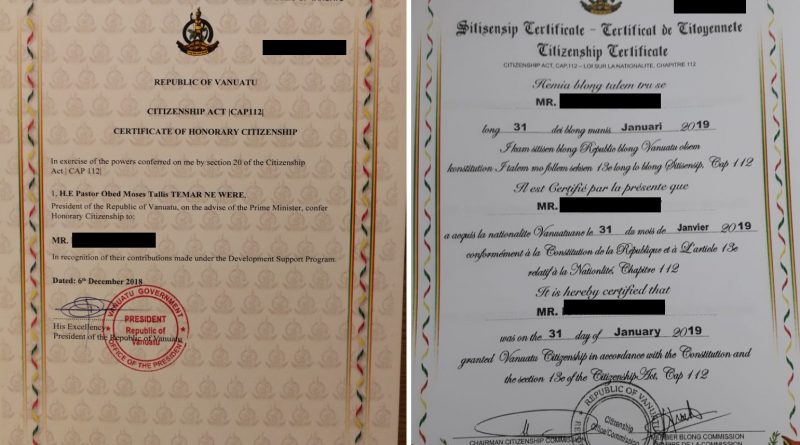 Individuals naturalized under Vanuatu’s Development and Support Programme (VDSP) – one of two concurrent citizenship by investment programs in the Pacific archipelago state – will no longer be “honorary citizens”. Whether they will now have the right to political participation remains unclear.

Speaking to IMI during the Investment Immigration Summit in Dubai today, James E. Harris, Managing Director of the Vanuatu Information Center, said “2019 has seen the update of the Citizenship Act and the removal of the ‘honorary’ prefix for Vanuatu citizenship [acquired through investment]”.

Many industry stakeholders had viewed the practice of conferring citizenship certificates that included the term ‘honorary’ as an obstacle to the program’s success, indicated Harris, “given that it could potentially have been used as a differentiator between those who became citizens through the VDSP and those who are natural-born citizens”.

Originally included as a way of preventing too many newly naturalized foreigners from political participation the tiny country (the islands have a population of only 280,000), the policy had been a handicap in a global citizenship market, explained Harris.

“Although the Vanuatu government has always maintained that the ‘honorary’ designation for citizens under the VDSP made no practical difference – apart from rendering the individuals unable to vote or take public office in the country – the fact remains that there was a general perception of this causing a differentiation, and two “levels” of citizenship in Vanuatu, so this a very significant step forward,” said Harris.

“Certainly, for the market as a whole, this will be a welcome development. There are several significant industry voices who have long argued against the ‘honorary’ designation and the perceived differentiator it constitutes.”

In the Caribbean, the common workaround for the quandary of having a small population and citizenship by investment program has been to avoid any difference at all between those born into citizenship and those naturalized, by instead attaching voting rights to a mandatory period of physical residence (typically five years). Whether this will be the case in Vanuatu remains to be seen.

“What we don’t know as yet – because the new regulation order, which has been ratified by Parliament, is still pending public release – is whether this rule change means that those naturalized through investment can now also vote or run for office in Vanuatu,” Harris points out. “We’ll know this once the government makes the regulation available to the wider public, which we expect to happen any day now.”