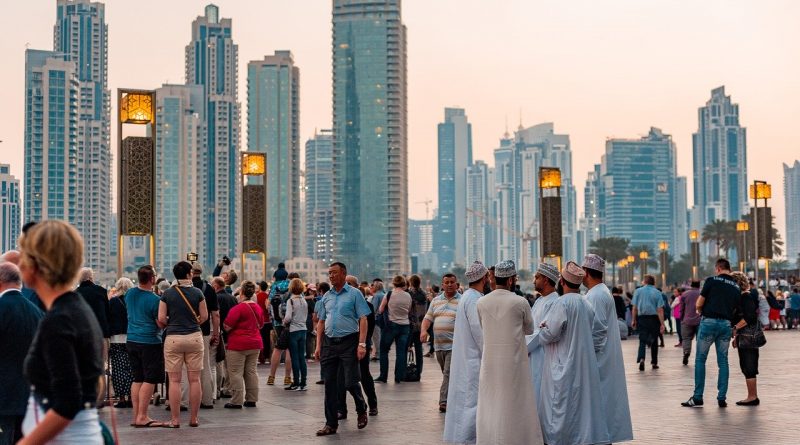 The MENA (Middle East and North Africa) region is the world’s second-largest investment migration market (after China) and the biggest of all for the citizenship by investment subcategory. It’s home to nearly half a million millionaires (according to Knight Frank’s Wealth Report) who are, more than the HNWIs of any other region, familiar with and open to the concept of citizenship by investment. Succeed with your market positioning here, and you’ll have more demand than you could ever hope to serve.

Making the region, and the UAE in particular, an attractive destination for investment migration company-expansion is not only the abundant client pool, but also low (in many cases, non-existent) taxes and manageable regulatory framework.

But even MENA has challenges in store for investment migration firms. Specifically, there are certain principles that those who wish to succeed in the region must understand. Below, you’ll find seven of these.

Principle #1 – In a low-trust environment, gaining the trust of a single influential investor can open the floodgates

A lack of trust in strangers is a tremendous hurdle that RCBI firms face day-in, day-out. Colossal amounts of money, hypersensitive personal information, and exhaustive background checks are just some of the issues that give investors jitters.

While trust issues exist in virtually all regions, it is particularly intractable in the MENA region. Asking a client to simply trust that you’ll keep your word is a fool’s errand, in many cases; forget upfront payments or hourly rates; investors in the MENA region want results first and will pay later.

This is a headache to any RCBI professional. I have seen many a client go to great lengths to contact embassies of Caribbean states in order to verify the information they are receiving from their citizenship consultant, even after the consultant showed them the CIU website with the company registration.

Since the very beginning of civilization, the MENA region has been home to principally tribal communities. We now live in a more collective environment, but that tribal mindset still has deeply embedded roots within the populace. If an agent can gain the trust of one investor from a wealthy family, the flood gates burst open. If, on the other hand, they lose that trust, a big segment of a potential market is lost. Tricky business, that of trust.

Principle #2 – Demonstrating the source of funds is generally a headache

Demonstrating wealth has never been difficult in the Middle East. Demonstrating where it came from, however, is often a tall order. The region is not known for a stringent regulatory environment; rather the opposite. Financial institutions do not face the level of scrutiny that their European counterparts endure and are, therefore, not accustomed to the same standards of compliance.

Businesses in the region have become maestros at the art of taxation; with many loopholes present in taxation laws, it is common sense that any business will take advantage of those grey areas, no matter how complex the required method may be.

These factors have created a whirlpool of financial obscurity, one that makes the matter of proving the source of funds for some of the more complex programs (think Quebec IIP and US EB-5) quite the nightmare. Nowhere else in the world would you find a millionaire with no bank account, but that is just how it is in the Wild Wild East.

Polygamy is legal in the MENA region, a matter that authorities in most of the popular destination countries do not recognize, yet seem to understand. Canada and the UK, for example, offer explanations on how to proceed in such cases.

The most common predicaments arise when a client has several dependents from various wives, making the inclusion of dependents in the simplest of CIP applications a mathematical and legal rigmarole. Citizenship consultants will need to brush up on their long division skills as well as on the proper definition of a dependent.

Principle #4 – Either investors don’t know what they want…

Multi-millionaires with spare time do get bored, no doubt. Many of them buy yachts, others take that trip to a secluded island not known to the hoi polloi and, in the Middle East, many acquire citizenships.

When an HNWI comes in, locked and loaded with questions about immigration, any RCBI practitioner will flutter their eyelashes and blurt out answers. The challenge arises when the investor is asking about everything. From Caribbean passports to Australia’s business innovation visa, they will be inquisitive about every single program because they do not know what it is they want. This is frustrating on various levels, but mostly the one that if a client has a lot of options, they will end up confused and eventually will not make a choice at all.

Although not knowing what it is they want is frustrating, the more direct danger to RCBI firms in the MENA region is those who know exactly what they want but are looking for someone to do it for them on their own terms.

Thus, when an investor is considering such programs, they are spoilt for choice in terms of service providers. Savvy investors will usually go around collecting quotations and contracts, and bring them along for their meetings with other RCBI firms, essentially creating a price war. This is a huge problem in the region and one that must be addressed before prices plummet, dragging quality down with them.

Principle #6 – Program details are not as important as the destination

Many RCBI experts spend years honing their knowledge of the most intricate of details of immigration programs. They go into the laws, regulations, financials, and more just to be able to know exactly which program suites which client. It is a shame then, that all of this grinding may be undone by a question as simple as “what is the best private school in Sunderland?”

Complementary knowledge of the destination is crucial in the RCBI industry, but more so in the MENA region. Your clients are people looking to relocate to avoid the turbulence and uncertainty engulfing their home region and they want to know exactly where they should go, and why it is the best option for them and their families.

I have heard clients ask about the economic growth of St. Lucia, the unemployment rates in Grenada, the state of the food industry in Portugal, and the complexity of admission into Malta’s universities.

No single person can ever gain knowledge of all the countries comprehensive enough to answer all the minute questions, but a good base could make a difference between a signing or a lost sale.

When I first started looking into Finland as a destination for entrepreneurs wishing to enter the EU market, I was aghast at the level of regulation on a simple business visa. Some countries demand excruciating detail for immigration applications, and there’s no room for a flexible interpretation of the rules.

The UK may well be the most regulated country in the world and is a hot immigration destination globally. When working with any of the UK programs, RCBI practitioners are faced with rigid laws and requirements, designed to let in the most desired categories of immigrant and excluding the undesired ones.

The MENA region, with the exception of the UAE, is anything but highly regulated. Investors, business owners, and the generally prosperous are used to applying shortcuts and life hacks afforded them by the extensive grey areas.

Explaining to them, then, that an immigration program has its limits is a tough task. Their entire experience is telling them that there is always a quicker or cheaper route. This is most evident in the processing times of EB5, or the KYC/AML/CFT regulations of Quebec’s IIP.

It could be worse
Yes, the MENA market comes with challenges, but they are far from insurmountable. Of course, there are places where regulatory and cultural barriers are even greater, and where the potential client pool is much smaller.

The MENA market is simply too dynamic, rich, and open to investment migration to ignore. Tick the right boxes, and it will no doubt prove to be a gold mine.