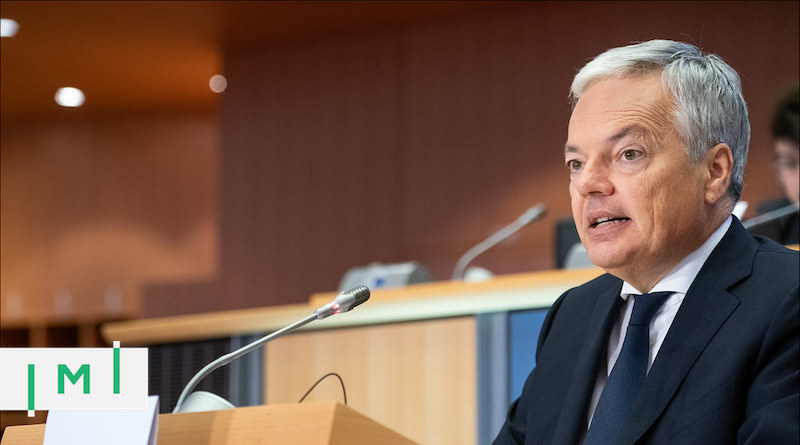 The European Commission has sent a “Reasoned Opinion” to Cyprus and an “additional letter of formal notice” to Malta, reports Euronews.

Background: In October last year, the European Commission initiated infringement procedures against Malta and Cyprus over those countries’ operating of citizenship by investment programs. The Commission insists that CIPs are a violation of EU Law, a contention disputed by Malta and scholars of EU citizenship law. Since infringement procedures first opened, both CIPs in question have been discontinued; that of Cyprus was indefinitely suspended following a consequential Al-Jazeera report, while Malta’s IIP was allowed to expire before subsequently being replaced by the MEIN policy.

When first launching the procedures, the Commission gave Malta and Cyprus two months to articulate an official response to the letters of formal notice. Unsatisfactory answers to such, the Commission clarified, would likely result in the issuance of a “Reasoned Opinion”, tantamount to a formal request to comply. Should Malta and Cyprus decline to comply, the Commission would retain the option to bring the matter to the European Court of Justice (ECJ) and request that it impose financial penalties on the country.

It was only last week that Malta’s Parliamentary Secretary for Citizenship, Alex Muscat, told local press that he had yet to hear back from the European Commission on the formal response Malta had given to its formal notice of infringement procedures six months prior. Yesterday, however, the European Commission finally reacted to Malta’s formal response, not with a Reasoned Opinion but with an “additional” letter of formal notice, also this time with a two-month response deadline. The new letter reportedly raises additional concerns regarding Malta’s new MEIN policy, a de facto CIP.

Malta Today reports that Didier Reynders, EU Commissioner for Justice, commented yesterday that “by offering citizenship in exchange for pre-determined payments and investments, Malta fails to fulfil its obligations in the Treaties. Becoming the national of a Member State means becoming an EU citizen too. This link must not be forgotten.”

Acknowledging that the program about which the Commission had originally expressed concern is now discontinued, he indicated had similar questions regarding the MEIN policy.

“The new Maltese scheme, currently in place since late 2020, raises concerns in this respect. We expect the Maltese authorities to provide concrete explanations before we decide on the next step,” Reynders continued.

Reacting to the Commission’s pronouncements, the Maltese government pointed out, as it consistently has throughout the infringement discussions, that deciding whom to naturalize was the exclusive competence of individual member states. Notwithstanding, the Parliamentary Secretariat for Citizenship, in a statement, said it would “analyze the contents of the correspondence received and is willing to carry on partaking in constructive dialogue with the European Commission. Observations will be communicated to the European Commission in due course.”

Cyprus gets formal request to comply

While the Commission yesterday effectively renewed its Letter of Formal Notice to Malta, it took infringement procedures against Cyprus to the next stage by issuing a so-called Reasoned Opinion (a formal request to comply). Cyprus now has two months to demonstrate to the Commission that it has taken measures to comply with its demands, barring which the Commission reserves the option to bring the matter before the European Court of Justice.

“While Cyprus has repealed its scheme and stopped receiving new applications on 1 November 2020, it continues processing pending applications,” the Commission said in a statement.

According to Euronews, Cyprus’ Interior Ministry said it would assess the Reasoned Opinion and respond within the two-month deadline. The Ministry also pointed out that several individuals were already facing charges over purported transgressions related to the CIP.