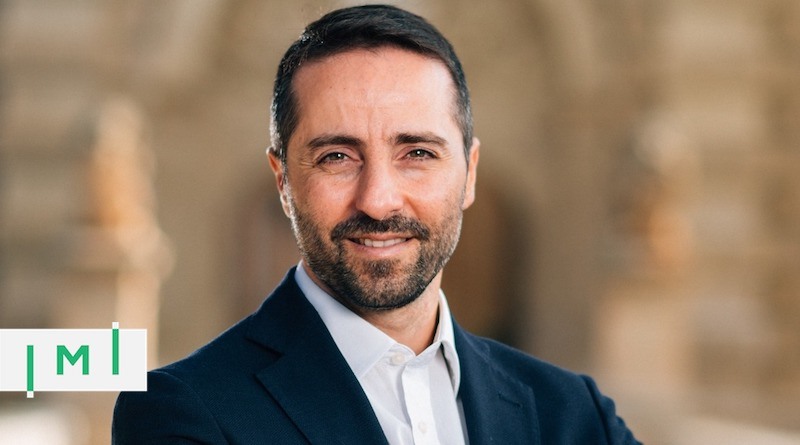 Malta’s Junior Minister for Citizenship and Communities, Alex Muscat, sits down for an exclusive interview with IMI to answer questions about the recently launched MEIN policy, which will offer exceptional investors a path to citizenship in Malta.

IMI: Though the new regulations effectively constitute a standardized, formulaic route toward naturalization through direct investment, official communications have conspicuously avoided referring to them as a “program”. Can you explain the rationale behind this?

Muscat: Some of the criticism that these initiatives have is that they may objectify a subject like citizenship. Our intentions are to formalise the concept as much as possible and focus on what really matters. The regulations we have launched are very sophisticated and the most rigorous in this sector.  Malta is not the only country to have such regulations and as a country, we have maintained continuous dialogue with European fora as well as all stakeholders involved in order to guarantee that we continue to provide the best standard in this sector.

IMI: You have been consistent in underlining that questions of naturalization, in line with long-established (and presumed-incontrovertible) European legal norms, unequivocally fall within the remit of member states rather than the institutions of the European Union. If infringement procedures over this dispute eventually reach the ECJ, which are the hypothetical scenarios that could play out?

Muscat: We don’t wish to speculate on such a delicate matter. We firmly believe in our arguments that Citizenship is a member state competence and a sovereign matter, and we will sustain our position in the interest of our country.

IMI: A few hundred carefully scrutinized investors a year were naturalized under Malta’s erstwhile IIP. The Commission argued that a non-negligible proportion of these constituted a security/corruption/money-laundering risk to the European Community. Meanwhile, tens of thousands of fraud-based naturalizations took place in the same period on the Southeastern periphery of the EU, and hundreds of thousands of legitimate (but far more lightly vetted) naturalizations take place under conventional routes (marriage, adoption, and so on) across the EU each year, without triggering infringement procedures. Is it not disingenuous for the Commission to focus so narrowly on the small, closely-watched trickle of CBI-naturalizations rather than the loosely-controlled flood of ordinary naturalizations (to say nothing of the fraudulent ones)? Are the ostensible motivations for this EU “concern” with CBI perhaps camouflaging some other, undeclared objective?

Muscat: Such initiatives attract attention as they deal with relatively high profile, high net worth families. They also generate a significant amount of economic activity. Adding this to a subject which many people are passionate about, that is Citizenship, is bound to become high on any agenda. There will be quarters with different motives where they feel the need to object to such opportunities. And to be perfectly clear, sector wide, there have been mishaps in the past where the undesirable individuals made through in certain countries.

We believe that with proper mitigation factors, scrutiny, and due diligence, these initiatives can offer great opportunities to both the countries and families applying. We understand the European Commission’s position as a lot has been said and pressure has been mounted. Malta has always acted in good faith and we trust that the Commission understands this and is more than capable to differentiate between good and bad practices.

We too are concerned about irregular granting of citizenship in other countries. Our argument has always been that anyone who is not fit and proper would think more than twice to apply under the Maltese regulations, as they know they would be thoroughly checked. It would be easier for the wrong sort of individuals to find other paths, which are lighter in regulation and not in the spotlight.

IMI: You’ve done away with the MIIP Agency in favor of a new one, the Community Malta Agency, which will oversee not only investor naturalizations but the issuance of citizenship under all categories. Can you explain what drove this decision and tell us who will be heading this new agency?

Muscat: Since the IIP is coming to an end, it is only natural that the Agency running the programme would be wound down with it. This was also an opportunity to bring the processes for all paths leading to Maltese citizenship under one roof.

Our idea is to treat anyone who wishes to become a Maltese citizen equally, with no discrimination either way. This was the right time to move forward with this concept.

Muscat: The concept will be the same, and the functions of the regulator will remain as strong as ever. Through this office, we want to give the peace of mind that things are done properly in Malta, with the right balance of power and appropriate oversight.

IMI: This new set of regulations has gone a long way in addressing some of the key concerns the Commission has with the MIIP and appears to have a virtually unassailable legal, regulatory, and ethical foundation. Do you expect the Commission to laud these reforms or to remain opposed to any type of preferential naturalization of investors on an ideological basis?

Muscat: We have put a lot of thought into the new regulations and have indeed addressed many of the genuine concerns that were raised by various quarters. As I have stated earlier, we have always worked in good faith, and it is our principal ideology to always remain open minded for any sincere suggestions.

We have also taken into account many of the recommendations put forward by the expert group the European Commission had organised on residence and citizenship regulations. What we wish from the Commission is to have the same rational and fair approach, and be able to read through the distortions that are intentionally circulated.