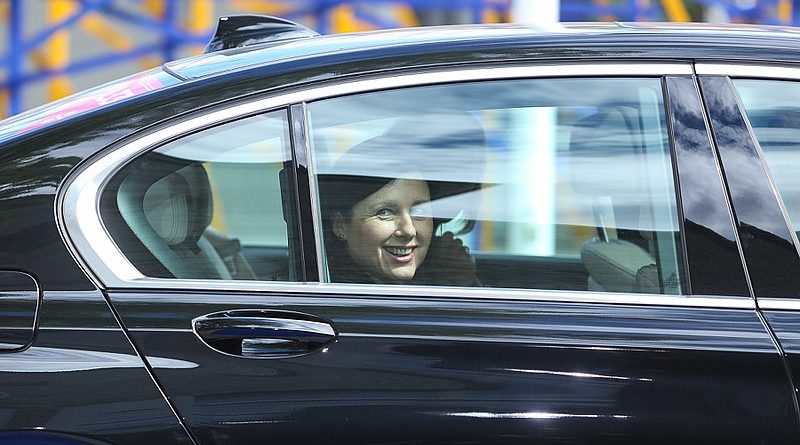 Vera Jourova, the European Commissioner for Justice and a long-time opponent of citizenship by investment for moral reasons as much as practical ones, today conveyed a subtle (plausibly deniable) warning to the Albanian Prime Minister regarding his plans to launch the second Balkan CIP.

Speaking to Exit News, Jourova indicated the Commission would take citizenship by investment programs into account when evaluating a country’s prospects for EU-accession.

“[…]conditions regarding citizenship investor schemes are included as part of the EU accession process,” said Jourova, and emphasized that countries that do have them were expected to have “very robust monitoring systems in place” to counter the AML/CTF and corruption risks she maintains are inherent to such programs.

EU-accession prospects and visa-free access to the Unuon, she pointed out, rendered citizenship of the countries in question more attractive, but she cautioned countries against trying to capitalize on their expectations by opening CIPs.

“While the European Union respects the right of sovereign countries to decide on their own naturalization procedures, visa-free access to the Union should not be used as a tool for leveraging individual investment in return for citizenship.”

The introduction of CIPs, Jourova noted, could impact not only EU-accession timelines but also visa-waiver agreements with the Union.

“The implementation of such schemes will be duly taken into account when assessing third countries that could be considered for a visa-free regime with the European Union,” she said, also stating that any failure to satisfy the EU’s expectations could end with the withdrawal of visa-waivers.

While admitting that European countries, whether or not they are EU members, are free decide for themselves to whom it grants citizenship, the Commissioner nonetheless implied that the admission of new states only takes place at the EU’s discretion; hopefuls must satisfy the EU on criteria that are not necessarily clearly articulated.

“EU candidate countries should refrain from any measure that could jeopardize the attainment of the EU’s objectives when using their prerogatives to award nationality,” she commented, leaving it to the reader to infer the import of the statement.

Stopping short of explicit warnings, Jourova twice averted Exit News’ direct questions on what implications a CIP would have for Albania’s EU-chances by simply repeating the phrase “The Commission monitors investor citizenship schemes in the context of the EU accession process”.

Jourova leaves little doubt as to what she expects Albanian PM Edi Rama to read between her lines.