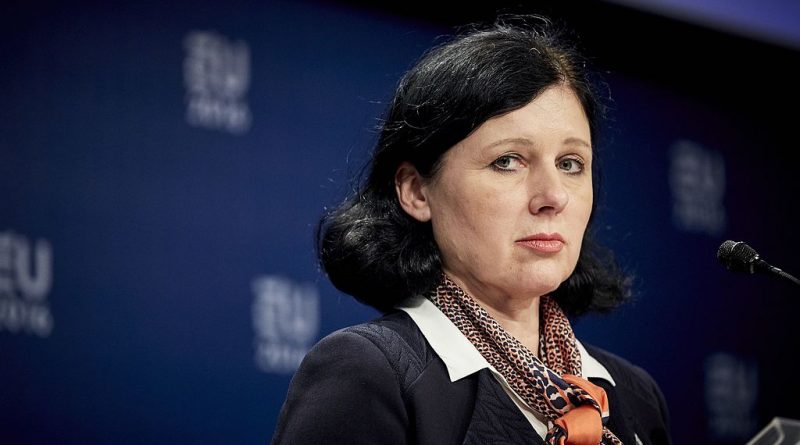 Europe
August 10, 2018 Christian Henrik Nesheim cbi, cip, citizenship by investment, EU, european commission, IMC, investment migration council, jourova
[dropcap]T[/dropcap]he European Commissioner for Justice, Věra Jourová, has said that “the European Commission views the development [of citizenship by investment programs within the EU] with great concern” because approved applicants often have “no real connection” to the country and, furthermore, that the granting of citizenship poses a “serious security risk”. The Investment Migration Council has issued a statement in response.

“An increasing number of EU countries have in recent years issued more and more citizenships to people from third countries if they had previously invested large sums of money in the respective country. The European Commission views the development of the so-called golden passports with great concern,” said Jourová in an interview with Germany’s Die Welt (paywall).

Questioned as to what, in particular, had given rise to such concern, she responded that “in our view, unfortunately, some citizenships will also be granted to citizens from third countries who have no real connection to the respective EU country, but only a constructive one, and who do not live there continuously for a year, as the EU Commission has demanded. In addition, the granting of citizenship poses a serious security risk because it gives beneficiaries all the rights of EU citizens and allows them to move freely throughout the Union. We do not want Trojan horses in the EU.”

See also: Eur. Parliament: Member States Can Have R/CBI-Programs, But Commission is “Monitoring”

The Commissioner indicated she expected member states with CIPs to do more to allay the Commission’s unease.

“Some Member States must do more to ensure that citizenship is not granted to criminals who want to endanger European security or launder money. The EU must not become a safe haven for criminals, corruption and dirty money. This is why EU countries will have to look more closely than before at who is applying for citizenship from third countries, where they come from, what they want and where their money comes from,” Jourová insisted.

While acknowledging that naturalization policy is a sovereign matter and beyond the remit of the European Union, she noted the Commission still had tools with which they could sway national governments.

“The EU Commission will now examine in detail the practice of each member state in granting citizenships to citizens of third countries. We will produce a report to identify problems and issue new, more stringent guidelines. We will be as consistent and demanding as possible. This is so important to me that I have brought forward the publication of the report from December to the autumn,” said the Commissioner.

The European Commission, she said, would “propose a system” to impose stricter rules on the member states.

Reminded by the reporter that citizenship by investment was an important source of revenue for several small states, Jourová said she accepted the countries saw it this way but that she personally did “not believe in the issue of citizenship against investment and money”.

Responding to the Commissioner’s statements, the Investment Migration Council issued the following statement:

The European Commissioner for Justice, Věra Jourová has announced her intentions to bring forward a report on Citizenship-by-Investment from December to the Autumn, which will seek to issue new, more stringent guidelines – believing that the granting of citizenship poses a serious security risk.

The Investment Migration Council (IMC), which represents the investor immigration and citizenship by investment industry, welcomes the opportunity to respond to comments made by European Commissioner for Justice Vera Jourova on Citizenship by Investment, as reported across European media:

Bruno L’ecuyer, the Chief Executive of the IMC, comments: “IMC members are compliant to a comprehensive Code of Ethics and Professional Conduct, that addresses any issue pertaining to security. As a consequence, significant time and capital is spent by professional firms and governments to ensure the tightest levels of security and background checks are carried out by European and global security agencies. Likewise, Citizenship-by-Investment applications are also vetted against current EU anti-money-laundering and financing of terrorism legislation, and must adhere to legal and regulatory obligations that individual EU states have adopted in line with EU law. It ensures the highest levels of corporate governance and due diligence is in place to prevent any security concerns.

The IMC shares and understands the Commissioner’s concerns in respect of the security of EU citizens. Nevertheless, we believe that the governance, due diligence and transparency of applicants under the Citizenship-by-Investment provisions in Austria, Malta and Cyprus – the three most active countries in the EU in this field – are not a security threat to the EU, given that very strict due diligence procedures and background checks on applicants are in place in those countries.

The concerns of the Commissioner and the EU are of paramount importance and shared by both the IMC and our members, as well as the sovereign states which offer Citizenship-by-Investment in Europe.

We welcome a meeting with Commissioner Jourová to discuss her concerns and have the opportunity to demonstrate our confidence in the security measures in place and highlight the societal impact the industry has on local economies and their citizens.”

Peter S. Vincent, Assistant Director General for International Policy at BORDERPOL and former Legal Counsel at the US Department of Justice and US Department of Homeland Security, also responds: “I can understand and sympathize with the EU Commissioner’s concerns. However, having been exposed to the industry for a few years now, I can honestly say that as a former security and counterterrorism professional, the citizenship by investment programs of the EU are not a security threat to the European Union. In terms of commitment to governance, the very robust application process in Malta could even become the standard industry model, not just for the European Union but globally”.

Mr Vincent states that, as a result of consulting with the IMC and the industry, and seeing first-hand how governments manage their programs effectively, he has “increasing confidence with the degree of safeguards that are in place in order to minimize and mitigate risks to the global infrastructure, and certainly within a European Union context.”

Bruno L’ecuyer concludes; “Residence and citizenship by investment programs raise valuable capital for sovereign states around the world, including also in the European Union. This permits governments, particularly of smaller countries, to reduce deficits and reliance on external funding partners and invest in vital infrastructure to diversify and future proof their economies.”