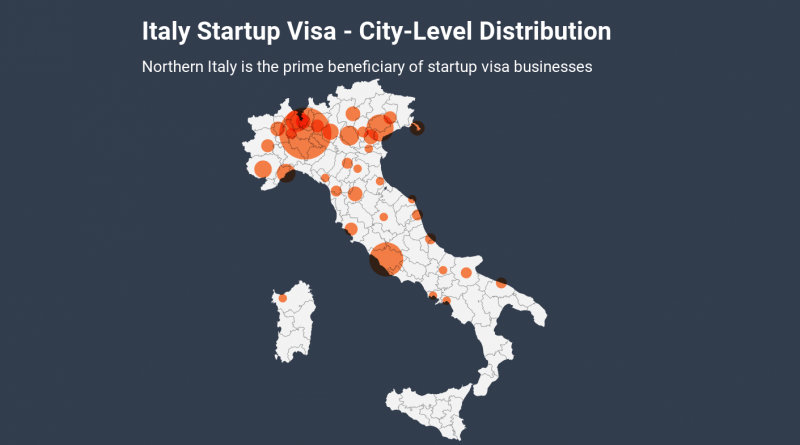 Italy’s startup visa, which opened in 2014, had received a cumulative total of 434 applications by the end of Q1, 2019. Russians accounted for the largest applicant nationality, submitting 90 startup proposals, closely followed by the Chinese, who submitted 85.

Application volumes peaked in 2017 at 135 applications – 71 of which were accepted – but dipped to 92 applications and 48 approvals last year. By the end of the first quarter of 2019, the ISV Committee had received 15 applications (six of which it declined), heralding a second consecutive year of declining interest in the program.

The Italian Startup Visa (ISV) Committee has only approved 230 applications since 2014 and attributes the high levels of rejection to non-viable startup proposals.

Some nationalities, however, appear to have displayed a higher degree of business acumen than others; while the overall rejection rate was 46%, the ISV Committee turned away only 2 of the 23 Ukrainians that applied. Meanwhile, Pakistanis, at the other end of the spectrum, saw all but 5 of their 35 applications rejected.

Eight of ten approved investors choose to launch their startups in the cities of the country’s much wealthier Northern regions. Moreover, fully 56% of Italy’s total startup visa investment has ended up within a two-hour drive from Milan.