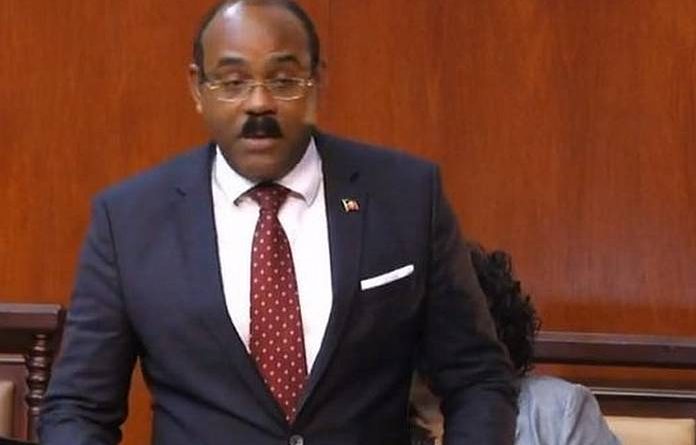 Antigua & Barbuda’s Parliament this Monday amended the Citizenship by Investment Act to allow for cryptocurrencies, as well as euros, to be used as forms of payment for applications to the country’s citizenship by investment program. Prime Minister Gaston Browne expects the move to open new markets and to help mitigate the de-risking problem from which Caribbean banks have suffered in recent years.

According to Caribbean News Now, PM Browne reported that the CIP would henceforth accept payments in several additional currencies, rather than accepting just US dollars, as is the case in most other CIP-jurisdictions.

“So not only are we providing the capacity for payment in Euros, but we are also providing for payments using bitcoin and other cryptocurrencies,” said Browne, but also acknowledged that he knew Antigua would need to be careful in handling crypto-payments.

The policy change was needed, he said, because “moving money is important and if you cannot move money you cannot receive it. So it is quintessential that we have a payment mechanism that could facilitate payments in cryptocurrencies”.

Browne further indicated the would help Antigua & Barbuda’s program attract applications from the relatively untapped market of crypto-millionaires, telling Parliament that “it expands your market because we have a number of cryptocurrency investors who may be quite willing to take up our citizenship but would only pay in cryptocurrencies”, and that not accepting such payments would render the program “literally locked out of that market”.

To minimize exposure to volatile crypto-currencies, Browne said, any funds received in crypto-form would be converted to US dollars on a daily basis.

It should be noted that the Antigua & Barbuda CIP is not the first such program for which it is possible to pay in crypto-currencies. Vanuatu passports are also available to investors who pay in bitcoin, ether, and similar instruments.

What’s different in Antigua, is that the government itself will accept crypto-assets, while in Vanuatu, the “master agents” are allowed to take their payments in crypto, but must still convert to US dollars before finally paying the government. This distinction is important, not least because in Vanuatu, unlike in the Caribbean programs, the master agent acts as the escrow executor; applicants must pay the agents the full amount up front in Vanuatu, rather than waiting for their approval in principle, as is the case among other CIPs.

The Caribbean CIP-jurisdictions are suffering from so-called de-risking efforts by US correspondent banks, which often delay payments to and from the Caribbean for weeks and even months.

Investment Migration Insider has long advocated for Caribbean CIP-countries to adopt crypto-currencies as a form of payment for their programs, precisely to mitigate this issue. Eight months ago, in the article Cryptocurrency Payments Are the Solution to the Caribbean’s Correspondent Banking Problem, we predicted that precisely what happened on Monday would happen:

The US’ recent bullying of Caribbean island states – payments to their citizenship by investment programs are held up for weeks or months, and sometimes reversed, on very thin KYC/AML pretexts – while intended to dissuade these countries from selling citizenships, will backfire. Such strong-arming will only hasten the transition to crypto-payments. And it will not stop at CIPs. Once it becomes clear to businesses and individuals in the Caribbean how quick, cheap and efficient crypto-payments are, the trend will extend to any sphere that involves international commerce.

The sovereign states of the Caribbean need to show that they are just that, by not submitting to rich-country intimidation, and instead get out from under Washington’s thumb by adopting modern-day crypto-payments and leaving behind the antiquated correspondent banking system, a barbarous relic. They’ve had political independence for about four decades; it’s time they gained monetary independence too!

A further amendment to the CIP-act will further allow the CIU to open accounts offshore to receive payments. The Browne administration hopes this too will help ameliorate the correspondent banking issue, as offshore accounts would permit the receipt of funds in jurisdictions not plagued by de-risking challenges.

“A number of agents have been de-banked by various banks within the domestic banking space because they are saying that their correspondent banks within the US are saying that if they were to process CIP transactions, that they would withdraw their correspondent banking. What we are trying to do is to give them the option of establishing accounts with offshore banks including Global Bank and Commerce and others, so they have the option of having a bank that is willing to accommodate their transactions,” Browne noted.

Quick editor’s take: Gaston Browne has stood out among Caribbean leaders for his continued rebukes of the “developed” world’s de-risking, a policy he says undermines development in the Caribbean. This is a laudable effort, and he has furthered the cause of liberty for Antiguans, thrown off one of the bigger yokes of neo-colonialism – monetary policy/banking system strong-arming – and regained a great degree of sovereignty for his country by allowing it to gain a degree of monetary autonomy. On the other hand, he accepts financial gifts from Venezuela’s repugnant socialist dictatorship.

We congratulate Gaston Browne on a wise crypto decision and encourage him to reconsider his immoral dealings with Maduro.