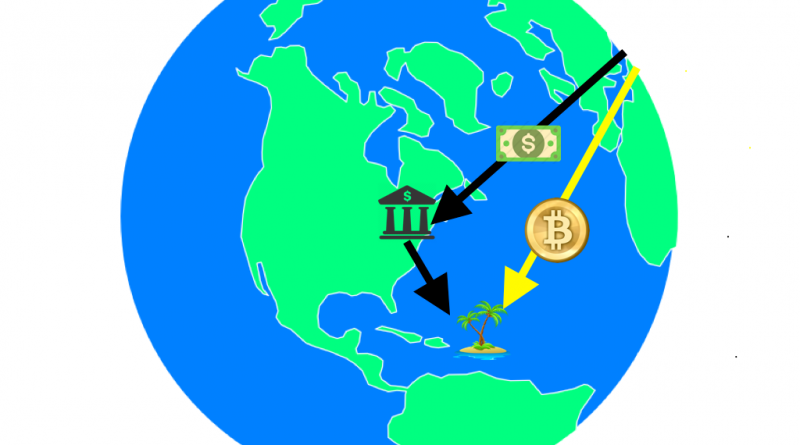 The week before last, in Bangkok, I had several days of meetings with the government of Vanuatu, the Vanuatu Information Centre and blockchain-based due diligence firm KYC-Chain. To make a long story short, I was able to clarify to some members of parliament of the tiny Pacific nation why deciding to accept payments for their citizenship by investment program in bitcoin would kickstart interest in their passports and bring Vanuatu to the world’s attention as a country that dares to blaze a fintech trail.

We then worked out the technical solution – payments would be channeled through an Australia-registered bank regulated to accept bitcoin payments – and drafted a press release, which I published last week.

Two days ago, Business Insider picked up the story. So did Newsweek, Fortune Magazine, and about 300 other websites. The phones at the Vanuatu Information Centre have been ringing non-stop ever since, and the price of Bitcoin saw a sharp 5% rise in the hours after the first mainstream outlets reported the story.

Vanuatu will reap the first-mover advantages, but others will follow. The Caribbean will adopt crypto-payments soon enough by virtue of necessity. The government of the US is using their privileged position as the world’s nexus of international payments as a political tool. They’ve been weaponizing the SWIFT system for years, preventing entities and countries of which they don’t approve from engaging in cross-border commerce (even when no US companies or individuals are involved), which is why Russia and China have been developing a payment system of their own.

The US’ recent bullying of Caribbean island states – payments to their citizenship by investment programs are held up for weeks or months, and sometimes reversed, on very thin KYC/AML pretexts – while intended to dissuade these countries from selling citizenships, will backfire. Such strong-arming will only hasten the transition to crypto-payments. And it will not stop at CIPs. Once it becomes clear to businesses and individuals in the Caribbean how quick, cheap and efficient crypto-payments are, the trend will extend to any sphere that involves international commerce.

The sovereign states of the Caribbean need to show that they are just that, by not submitting to rich-country intimidation, and instead get out from under Washington’s thumb by adopting modern-day crypto-payments and leaving behind the antiquated correspondent banking system, a barbarous relic. They’ve had political independence for about four decades; it’s time they gained monetary independence too!

Anyone who knows me can tell you that on the list of things I detest, big government and central banks always figure in the top 10 (right behind Paul Krugman) and dealing them both a blow by coming up with and pushing through this solution filled me with pride in my work, and a warm and fuzzy feeling of having advanced the cause of liberty and scored a major point for the right side of history.

I’ve written before that investment migration – inasmuch as it provides people who have capital and skills with alternatives, thereby putting pressure on totalitarian regimes to respect property rights and individual liberty lest they lose their most lucrative tax-livestock – is a bulwark against political repression and a counterbalance to the reflexive political tendency to always try to increase control over individuals.

Cryptocurrencies, in the same vein, are a tool for the expansion of individual freedom and the greatest endowment to the fight against centralized power since the invention of the internet itself. The investment migration and cryptocurrency industries were, in my estimation, made for each other. On their own, each of them is a tremendous force for good. Together, they are to centralized political power what Han Solo and Luke Skywalker were to the Death Star.